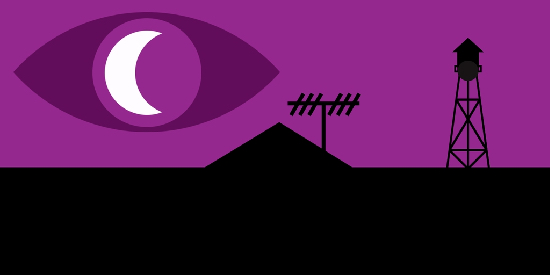 So Batman vs. Superman happened. It was a thing. I saw it. But instead of talking about the movie, I’m going to talk about how Batman inadvertently introduced me to my latest obsession.

So last week, I felt bored and restless. Despite the TV episodes backing up on my Hulu account and the ever-growing stack of books and comics, I just wasn’t interested. Finally, after several minutes of staring at my wall, I remembered that I had activated a new skill for my Echo. The Amazon Echo (because I am assuming you don’t know) is a voice-activated speaker that comes with skills rather than apps and mostly wants to assist you with buying more things from Amazon. Still, some of the features are really great and it’s the closest I’ll get to the computer on the Enterprise. My only real wish was that the activation word changed from “Alexa” to “Computer” so I can really go full-on Trekkie.

Ok, the skill I decided to finally try was the voice-powered choose-your-own-adventure game called The Wayne Investigation. Yup, it is exactly like it sounds. You get to catch the killer of Thomas and Martha Wayne! That is, if you are one of the few people who owns an Amazon Echo. This was released as a promotion for BvS, but it was honestly more fun than the film itself. I relaxed on my bed and tried a number of the options. Even after catching the bad guy Joe Chill himself, I kept trying other scenarios. The writing was so well-done and intriguing.

I was surprised by how much I enjoyed playing this story. It was a relaxing time but held my interest, despite being one of the most played out stories in comics. (It ties with Uncle Ben dying as totally overdone.) This is more amazing when I consider I have never liked audio books or listening to podcasts and news reports. I think that the difference is that this was created with the medium in mind.

Admittedly, the game stayed with me over the next few days. So when I caught a 24-hour bug that came with a killer headache, I thought about how nice it was to listen to a story created for the auditory senses. That’s when I finally listened to a friend of mine and gave the podcast Welcome to Nightvale a shot.

It’s a radio show that provides community news and updates for the fictional town of Nightvale. Stylized like a serialized radio show on acid; the mix of sci-fi, horror, and sarcasm script a haunting and engrossing tale. And it is the only thing I’ve listened to in the past week. I kept putting off writing this column because I needed to hear what happened next.

It is an engrossing tale in the simplest of ways, with twists coming out of every turn almost because they can. It is almost all told from the perspective of the radio host Cecil, who provides his own commentary on the unusual and bizarre rules of this crazy town. I’ve almost come to care more about the political dealings of this fictional town than reality, but that could be that the fiction makes more sense at this point. Nightvale has been running since 2012, so I still have plenty of episodes to binge.

Ok, so writing about audio stories on a comics site is a little weird. Comics is most definitely a visual medium. I recognize that I’m preaching the exact opposite of what we usually write about. However, sometimes a change is a good thing. The comic-born (and killed) Waynes went audio, and joined the weird and bizarre stories of Nightvale, which might one day grace the pages of a comic floppy.

So if you ever feel the need for a change in medium, listen to that need. Literally.