In the latest episode of the Grind Pulp Podcast, the team discuss three Conan stories and three Conan movies. Things start slow but soon escalate as we get deeper into the stories and dive headlong into the Conan films. The Howard stories have become public domain and are available for free. This episode includes a special appearance of a Warlock and is the most epic Conan podcast ever!

This Epic Conan Episode clocks in at an hour-and-a-half, and we didn’t even scratch the surface. That adventure will be up to you.

You can listen to Grind Pulp Podcast Episode 06: Conan of Cimmeria aka The Epic Conan Episode here or via itunes. 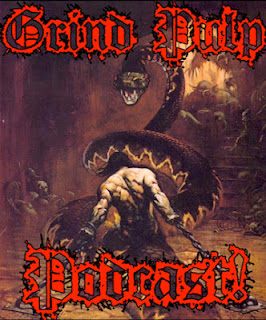 Another method that publishers employed to lure dimes on a regular basis from buyers with thin wallets was to create a club and offer premiums. For a few cents or by clipping coupons from a favorite pulp magazine, a devoted fan could become a member in good standing of the Doc Savage Club, one of the Friends of the Phantom, or Adventure Magazine’s Camp-Fire Club. Also available were rings, pins, and other items such as the Spider Pencil, a celluloid mechanical pencil with rubber eraser of The Spider seal, produced in very limited quantity during 1941-42.

On Saturday, July 27th, PulpFest website designer Chris Kalb took us back to a time when a few cents not only bought a pulp magazine filled with thrills, but also an Operator #5 ring, a G-8 Battle Aces Club pin, or a membership in the Green Lama Club. Chris will be presenting Hero Pulp Premiums and Promotions, an event that you cannot afford to miss. 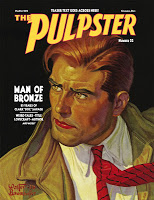 For a look at some other pulp premiums, please visit Pulpster editor Bill Lampkin’s The Pulp.Net website and do a search for “premiums.” Bill has photographs of rings, membership cards, pins, and other items on his highly informative website. 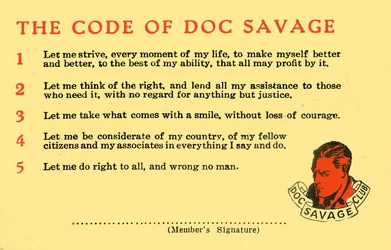 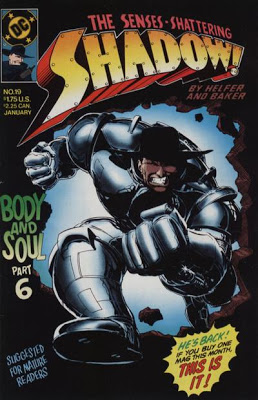 About Dr. Fu Manchu and the Yellow Peril panel:
One hundred years ago, Sax Rohmer’s Fu Manchu made his American debut in Collier’s, a five-cent weekly. “The Zayat Kiss” ran in the February 15, 1913 number. Nine more stories featuring Rohmer’s “devil doctor” would appear in Collier’s through June 28, 1913. In September of that year, McBride would release The Insidious Dr. Fu-Manchu, collecting all ten tales into novel form.

On Saturday, July 27th, PulpFest 2013 saluted the American centennial of Dr. Fu Manchu with a panel exploring Sax Rohmer’s character and his influence on the pulp fiction of the early twentieth century. Moderated by Blood ‘n’ Thunder editor and publisher, Ed Hulse, the panel will consist of pop culture experts Gene Christie, editor of three collections of Rohmer’s fiction and a leading authority on early American science fiction and fantasy; Win Scott Eckert, known for his work on literary crossovers and chronologies, including Marvel Comics’ Shang-Chi: Master of Kung Fu, a classic series concerning the son of Dr. Fu Manchu; Nathan Madison, author of Anti-Foreign Imagery in American Pulps and Comics, 1920-1960; William Patrick Maynard, authorized by the literary estate of Sax Rohmer to continue the Fu Manchu series; and Will Murray, author of the Wild Adventures of Doc Savage and one of the world’s leading authorities on the pulp era.

The Page of Fu Manchu represents an ongoing effort by scholars and readers around the world to create a definitive Sax Rohmer bibliography, reference and archive. It is edited and maintained by Dr. Lawrence Knapp, an English Professor at Thomas Edison State College, located in Trenton, NJ.

New Pulp Publishers Redbud Studios and Airship 27 Productions shared a sneak peek at their upcoming Secret Agent X comic book. Press Release: Airship 27 Productions is once again teaming up with Redbud Studio to produce another classic pulp hero comic book.  SECRET AGENT X is a 38 page black and white thriller featuring the greatest pulp spy of them all; the Man of a Thousand Faces. The script is by Ron Fortier with all art by Rob Davis.  Here is a sneak-peek of page 4 as the super-spy received his latest assignment and is about to go into action.  No definitive date has been set for the book’s release.  Keep following the Airship 27 blog for future updates.

Monday is the FINAL episode of GRAVEDIGGER: THE SCAVENGERS by Yours Truly and Rick Burchett! But… have no fear, because the next, all new, Digger McCrae caper, THE PREDATORS, begins in just a couple of weeks!

Wednesday is the launch of the new FEMME NOIR website, beginning with a serialization of the “origin” story (stories?) “Blonde Justice,” with art by Joe Staton, Horacio Ottolini and colors by Melissa Kaercher. Even if you own this issue or have simply read it before, I hope you’ll drop by and check out the new digs!

And, of course, PERILS ON PLANET X continues this Friday, with the third installment of Chapter 2, “Flight Into Terror,” with art by Gene Gonzales and colors by Ian Sokoliwski.

New Pulp Author Jim Beard does a reading from his books at PulpFest 2013. Recorded by The Book Cave’s Art Sippo.

About The Beard . . . . New Fictioneer!:
Jim Beard was introduced to comic books by his father, who passed on to him a love for the medium and the pulp characters that preceded it. After decades of reading, collecting, and dissecting comics, Jim became a published writer when he sold a story to DC Comics in 2002. Since that time, he’s written comic stories for Dark Horse’s Star Wars and IDW’s Ghostbusters and contributed articles and essays to several volumes of comic book history.

A native of Toledo, Ohio where he is a regular columnist for the Toledo Free Press, Jim broke into the world of “New Pulp” in 2012 when Airship 27 published Sgt. Janus, Spirit-Breaker, a collection of ghost stories featuring an occult detective, and Captain Action: Riddle of the Glowing Men, the first prose novel based on the 1960s action figure. Jim provides regular content for Marvel.com, the official Marvel Comics website, and has new and forthcoming comic and prose work from Bluewater, TwoMorrows, Airship 27 and Pro Se Productions.

On Saturday, July 27th at PulpFest, “The Beard” did a reading from Sgt. Janus, Spirit-Breaker, Captain Action: Riddle of the Glowing Men, and “The Parade of Moments,” a story published in Monster Earth, a shared-world anthology of giant monster tales. And to learn more about this exciting new writer, please visit The Beard: The Jim Beard Fan Page.

Legendary Pulp Author Robert E. Howard’s Puritan adventurer, Solomon Kane is discussed on the latest episode of the Pulp Crazy video podcast. The character celebrates his 85th anniversary this month. An excerpt from the Librivox.org reading of “Red Shadows” by Peter Siegel is also included in this episode.

Also, check out Pulp Crazy’s Pulpfest 2013 podcasts as well at the Pulp Crazy YouTube Channel or on iTunes.

The Doc Meets The King panel at Pulpfest 2013 featured a reading of the Doc Savage novel, Skull Island by Radio Archives’ Roger Price. Also, author Will Murray talks about how Skull Island came to be. It’s Doc Savage vs. King Kong live from Pulpfest. The panel was recorded by The Book Cave’s Art Sippo.

You can listen to Panel Fest Episode 25: PulpFest 2013 Will Murray here.

About Doc Meets The King:
Beginning with the premier of Standard Magazines’ The Phantom Detective at the start of the year and Nick Carter and Doc Savage from Street & Smith in February, on through to the fall when Popular Publications released G-8 and His Battle Aces and The Spider, 1933 was the “year of the hero pulp.” And let’s not forget that The Lone Eagle and Pete Rice likewise debuted that year.

But 1933 was not just the year of the hero pulp. On March 2 of that same year, RKO Radio Pictures premiered “the eighth wonder of the world,” King Kong, at New York’s Radio City Music Hall and the Roxy. In just four days, the film earned nearly $90,000, a substantial sum in those dark Depression days.

To celebrate the 80th anniversaries of “The Man of Bronze” and King Kong, Will Murray, author of The Wild Adventures of Doc Savage, paired the two characters in his novel, Skull Island. On Saturday, July 27th, at 2 PM, PulpFest 2013 hosted a special New Fictioneers reading of Mr. Murray’s bestselling novel by Radio Archives’ reader Roger Price.

During his lengthy career as an entertainer, Roger has performed on television, radio and the live stage. At one time or another, he has worked as a stand-up comic, hosted a late night movie series as a character called “The Baron,” worked as a morning radio personality, hosted and emceed numerous live events, served as an entertainment news anchor and even as a ring announcer for professional wrestling. Comic book and pop culture fans know Roger as the creator, director and “voice” of Mid-Ohio-Con, one of the largest and longest running shows of it’s kind.

Through Radio Archives, Roger Price can be heard reading various short stories on Strange Detective Mysteries #1, Captain Satan #1, Captain Zero #1 and other audiobooks. Roger also works with a wide variety of clients as an announcer and voice actor, specializing in character/cartoon voices and dialects.

Following the reading, both Will Murray and Roger Price were available for questions and conversation.

You can listen to Panel Fest Episode 25: PulpFest 2013 Will Murray here.