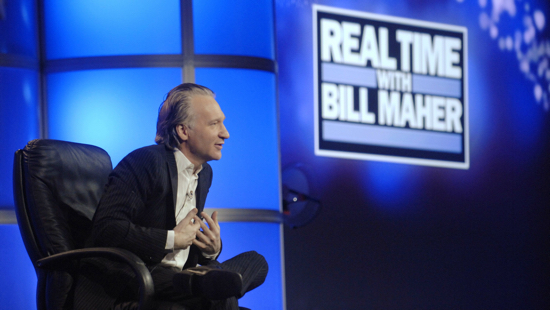 So, Bill Maher crossed the line and got himself into hot water. Given the nature of his HBO show, Real Time, and his own proclivities as a satirist, maybe he should just have a hot tub on stage instead of a desk. It would suit him in many ways.

Recently, as part of an interview, Maher jokingly referred to himself as a “house ‘N’ word.” No, I’m not repeating the actual word here for a few reasons. A) I don’t want to pull a Maher; B) I don’t like the word. I won’t pretend I’ve never used it; I threw it around a bit as a kid in 1950s Chicago along with the “c” word, the “f” word, the “mf” and others of that ilk because I knew they were bad words, naughty words, and I was trying at those moments to pass myself off to my self and my friends as a naughty boy, as a bad boy. Didn’t use those words around my family, my parents, or the nuns; I would have been a dead boy if I had. I haven’t used the “n” word as an adult; not since I learned the history of the word, the harm in it.

I know that the “n” word is used by African-Americans and I know that’s different; there’s a cultural aspect to the use that doesn’t work with someone who is white. There’s a menace when that happens; a whole history of racism and bigotry packed into it.

However, I do have a question. Can I, as a white male writer, ever use it in the context of a story? When I was writing The Kents (my historical Western featuring the ancestors of Clark Kent’s adoptive family), I had characters who could have and perhaps should have used that word. I couldn’t bring myself to do it so I adopted a similar word as a replacement only to learn later that this word was perhaps more offensive.

I ran up against the same problem with Kros: Hallowed Ground. It’s set during the Civil War and the word would have been used. At first, I was inclined to use it but I had long talks with my partners, Tom Mandrake and Jan Duursema. They made the point that the word was jarring when you came across it and that it might well offend some of our backers, black and white. In the end, I agreed we shouldn’t use that word and didn’t.

The question still remains for me; can I as a white male writer justifiably use such a loaded word?

There’s the Mark Twain example who made prolific use of the “n” word; one of his great characters in Huck Finn is “N” Jim. I know there are versions of the book in which all the “N” words have been removed. I’m not nuts about that. There is a term “Bowdlerize” which denotes going through a text, especially a classic, and removing words and/or terms deemed offensive or not suitable for children and people easily offended. That raises my writerly hackles.

Still, the question persists – can a white male writer legitimately use the “n” word or the “c” word or any other words of that ilk? I don’t know. I’m still searching for that answer and I suspect I won’t find a definitive one.

Maher, for his part, realizes he went too far and did apologize for it. He devoted a considerable part of his show this week in a discussion of the term, repeating his apology. Ice Cube, among others, explained why the word is objectionable in ways that might expand our understanding of the situation.

However, there have been those who have called for him to be fired. I understand that Sen. Al Franken canceled a scheduled appearance on Real Time this week. Franken was formerly a comic, sometimes an edgy one, but he’s cutting no slack here.

Both Maher and Kathy Griffin (who got herself in trouble with a photo holding up a severed head of Trump) make edginess part of their routines. The edge, however, is not well marked and at times the only way you know where it is is when you’ve gone over it. And, at times, you’ll go past it at 100 mph.

To say the “N,” if you’re white, is never right. As a writer, as a white male writer, can I ever write it? I don’t know and until I have a clearer answer, I won’t. I may never get that.

Life would be simpler if it just came with a clearer book of instructions. Something simple and easy, in clear black and white.