Mike Gold: You Are Not Allowed To Read This! 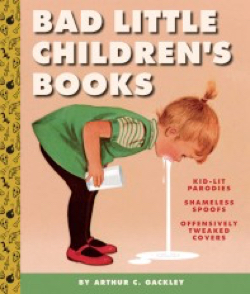 I hate writing about this. I hate having to write about this so frequently. But this is the world we live in.

As my ol’ pal Martha Thomases wrote a couple days ago, I tend to have a thing about free speech. I’m an absolutist. In my fevered brain, I figure we don’t have free speech unless it’s complete and it covers everything, in all forms of expression. Some people put limitations on what will be tolerated and they put restrictions on what can be said and where things can be said. Even if I were the one making those decisions – an amusing concept – that is not free speech. As I keep on saying, I would not remove Adolf Hitler’s Mein Kampf from the libraries, although I would use the book to teach high schoolers the cause and effect of hate speech.

This does not absolve the speaker (writer, filmmaker, videographer, broadcaster, Internet troll) from taking responsibility for his or her actions. That’s why we have anti-defamation laws, and if they make you think twice about what you say, well, you should be thinking twice anyway. I’m also pro-truth.

People like to quote the 1919 Supreme Court ruling that says you can’t shout “fire” in a crowded theater. They are mistaken. In the case of Schenck v. U.S., Justice Oliver Wendell Holmes, Jr. wrote: “The most stringent protection of free speech would not protect a man falsely shouting fire in a theater and causing a panic.” The italicized words are my doing, but even if you note the critical difference… it doesn’t matter. 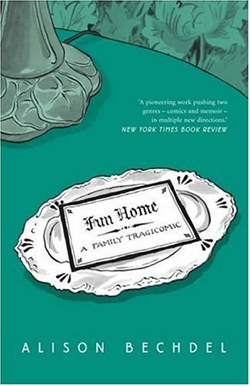 Schenck v. U.S was overturned by the Supreme Court in 1969 in the case of Brandenburg v. Ohio, which ruled that speech could only be banned when it was likely to incite imminent lawless action – a riot. This test is a matter of established law. Yelling fire outside a building to prevent people from entering is quite different from encouraging people to stampede out.

Having been a free speech absolutist for about a half-century, I am particularly terror-stricken when a bunch of self-righteous assholes get books pulled from libraries. This time they not only got another book banned, they got the publisher to stop printing the book.

The good folks at Abrams published a clever little book titled Bad Little Children’s Books, written by “Arthur C. Gackley,” which is a nom de plume. It says “Kid-Lit Parodies, Shameless Spoofs, Offensively Tweaked Covers” right there on the cover. I am not going to comment on the quality of the material in the book because that is completely irrelevant, and besides such comment would only be my opinion and, as I noted above, I am not the arbiter of good taste. Yes, that is quite a shame.

The hubbub in social media was so great that the author asked Abrams to cease publishing his book. Abrams declined to withdraw the title, but they said they won’t be going back to press for subsequent printings. 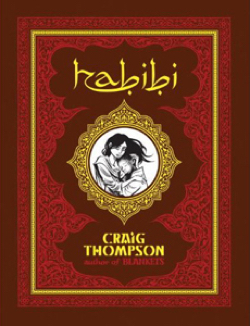 My favorite comments on said social media are those who say “it’s not funny.” Really? Who the hell are you to determine what is or is not funny? Roy Cohn, the far-right-wing lawyer who orchestrated Senator Joe McCarthy’s red scare in the 1950s and later became one of Donald Trump’s major influences, was a gay man so closeted he refused to accept his own sexuality to the point where he even refused to let his lover into his hospital room as he was dying from HIV. The fact that he died of HIV due to his unacknowledged sexual orientation is likely to have contributed to his death: if you can’t accept your gayness you might not be taking the necessary precautions for safer sex (note to heterosexuals: you, too). You don’t think his death is funny? To quote George Carlin, “Fuck you, I think it’s hilarious.” Neither you nor I are the arbitrator of “funny.”

This social media stuff is scary. It, too, has the rights of free speech and there’s no ifs about that. I do note it’s the same tool that elected Donald Trump, in part, because of false news implants by people like Trump’s designated national security adviser Michael Flynn and General Flynn’s son. The kid’s tweet about how Hillary Clinton ran a child sex slavery ring out of a Washington DC pizza parlor motivated one idiot to drive from North Carolina to Washington to shoot the place up. I gather this is because he thinks most theaters now are fire retardant.

A few days ago the Washington Post ran its list of the top 10 books most challenged in schools and libraries and, once again, Alison Bechdel’s graphic novel Fun Home makes the list. It’s number seven with a bullet… right underneath “The Bible.” Number eight is Craig Thompson’s graphic novel Habibi. There are two ways of looking at this. The first is, well, I guess it’s nice to see graphic novels are being taken seriously, even by the terminally self-righteous. The second is, censorship sucks.

If there is anybody who I have yet to piss off, this should do the trick. I am just as opposed from removing books from school libraries. Often you hear parents say they don’t want to have to answer the difficult questions their children might ask after reading such material. I respond “You should have thought of that before you pounded out your kid.” Explaining such stuff honestly and in terms your child can understand is a good part of your job. It ain’t easy, but “childrearing” and “easy” are mutually exclusive, and if you didn’t know that when you decided to keep the fetus, welcome to Earth.

These articles on ComicMix usually end with “support the Comic Book Legal Defense Fund” and many of us who toil here do just that. If you haven’t already, check them out. If you’ve got some spare cash and you’ve already paid the rent and put food in the pantry, please send them some loot.