Gears of War is one of the bona fide hits of this generation of high-end videogames. When you want to show your friends (or justify the cost to your significant other) the difference between your Xbox 360 and your last game system, this is the disc you pop in.

Taking place on the planet Sera, Gears of War tells the story of how the Coalition of Ordered Governments (COGs) had just ended a world war when subterranean monsters emerged from the ground. Called the Locusts, the monsters have guns and weapons that rival the COG’s arsenal. The plot centers on the experiences of Marcus Fenix, a military prisoner released to join a war that is not going well.

Veteran comic writer Josh Ortega (Necromancer, Frequencies) was brought onboard by developer Epic Games to work on the story and deepen the Gears universe. He’s become an integral part of the Gears of War 2 team and DC Comics has announced that he’ll be writing the Gears of War comic for their WildStorm imprint. He took a few moments to let us know how the war effort was going.

COMICMIX: For our readers who are not up on all things COG and Locust, can you tell us in your own words whom you are and your involvement in building up the Gears of War universe?

JOSH ORTEGA: I’m the lead writer for Gears of War 2, I write the comic book for DC/WildStorm, and I also consult on the Gears of War franchise. I work closely with Mike Capps (Epic President), Cliff Bleszinski (Design Director), Rod Fergusson (Senior Producer), and the crew at Epic Games to make sure everything that I write fits in with what’s going on in the rest of the Gears universe, and vice-versa.

CMix: Why is the story set on the planet Sera? Why not Earth? Is this some sort of past, future, or just an unrelated world with humans on it?

JO: Setting it on a different planet allows for a lot of storytelling freedom. If it was set on Earth, many people would draw parallels where there weren’t any, and by the same token, certain parallels that we do want to draw might feel a bit forced or obvious if we set the story on our own planet.

It also allows us to have freaky creatures like the Locust, which, to the best of my knowledge, do not actually exist on Earth.

END_OF_DOCUMENT_TOKEN_TO_BE_REPLACED 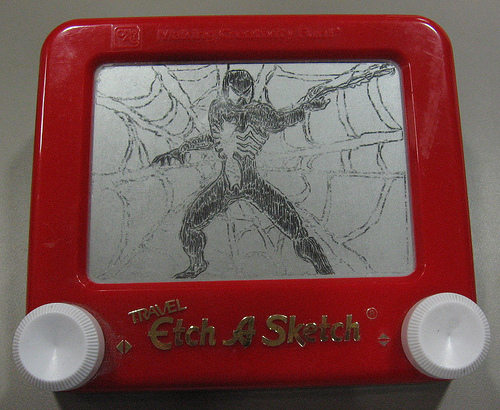 END_OF_DOCUMENT_TOKEN_TO_BE_REPLACED

Which Batman Film Was Most Successful?

Now that The Dark Knight has been displaced from the top of the box office and its ticket sales are finally beginning to slow down, we can finally start looking to see how it did.

Box Office Mojo, a website devoted to movie grosses, compared all modern Batman movies in one handy dandy chart. Be forewarned. There’s enough numbers and stats to make even the Batcomputer’s cursor change into the hourglass icon. Some of the more interesting figures (but keep in mind that The Dark Knight numbers aren’t finalized yet):

Chart Ranking of All Time Movies (Adjusted for Inflation): The Dark Knight at #39

So there you go. Christian Bale beats down Michael Keaton, Val Kilmer, and George Clooney easily. Though Rhett Butler still kicks Bruce Wayne’s ass as the #1 movie of all time.

Sure, we know that actors occasionally lose themselves in the role and start acting like their characters in real life. Robert Downey Jr. may have been concentrating too much on his Tony Stark role from this summer’s Iron Man movie in this interview with Moviehole.com.

What’s got everyone buzzing? Well, here’s an excerpt:

"My whole thing is that that I saw ‘The Dark Knight’. I feel like I’m dumb because I feel like I don’t get how many things that are so smart. It’s like a Ferrari engine of storytelling and script writing and I’m like, ‘That’s not my idea of what I want to see in a movie.’ I loved ‘The Prestige’ but didn’t understand ‘The Dark Knight’. Didn’t get it, still can’t tell you what happened in the movie, what happened to the character and in the end they need him to be a bad guy. I’m like, ‘I get it. This is so high brow and so f–king smart, I clearly need a college education to understand this movie.’ You know what? F-ck DC Comics. That’s all I have to say and that’s where I’m really coming from."

Yeah. Don’t be expecting a call to play the Riddler anytime soon, Bob.

ComicMix recently commented on the lack of a Batman tie-in game for The Dark Knight movie. Well, we’ve got some follow-up news for you.

According to the Associated Press, it turns out that EA did indeed have developer Pandemic Studios working on a Dark Knight — a fact that ComicMix deduced from online (Dark Knight) detective work months ago. In an informal red carpet interview, Gary Oldman had told cable television’s G4 that he had worked on The Dark Knight game. But development halted at some point before the movie’s release. Basically, EA (and most other media watchers) didn’t think that The Dark Knight was going to be as big as it turned out to be.

Whether or not a game based on The Dark Knight ever gets made, Game Informer magazine has announced a new Batman game in their upcoming September issue: Batman: Arkham Asylum.

Published by Eidos Interactive and Warner Bros. Interactive Entertainment, Batman: Arkham Asylum promises to be as dark and gritty as last year’s critical hit Bioshock. Co-written by Paul Dini, the game story is of a prison transfer gone awry and ending with the Joker set loose in halls of Gotham’s infamous asylum for the criminally insane. When the lunatic’s set loose, it’s up to Batman to go in and restore order.

The September issue of Game Informer goes on sale August 18th with two variant covers; one of Batman at the gates of Arkham and one of the Joker in a straight jacket.

Maybe some bean counter finally tallied up all those comic book trade paperback sales. But Amazon.com, the world’s largest online retailer of, well, just about everything is now offering comic book subscriptions. Not for collected editions, but the regular old monthly books that some call “floppies.”

Is this a direct attack against your local comic store? Hardly. Amazon has been offering magazine subscriptions for years now. Adding comics to the mix is just an expansion of that business.

The offerings from Amazon are for the more mainstream, monthly comics. Not the best-sellers only found in direct market shops, like Secret Invasion, but titles more likely to appeal to the “My son really liked the Dark Knight movie, so let me get him a subscription to Batman” set.

It’s true that this could potentially take some casual market dollars out of dealers’ hands, but today’s shared universe, interconnected comics might have those readers seeking out stores for more titles. And think of the benefit to readers who live nowhere near a comic shop.

Imagine if comic books had trailers like movies and TV shows to build up buzz and get mainstream audiences excited. Now imagine no more! DC Comics released a movie-style trailer for the new weekly comic Trinity. Starring Batman, Superman, and Wonder Woman, the series is being written by Kurt Busiek and drawn by Mark Bagley. Check out the video for yourself below.

One of the most popular bootleg videos at comic book conventions before the YouTube era was of Triumph the Insult Comic Dog making fun of geeks waiting in line for Star Wars.

Our favorite foul mouthed puppet set his sites on nerds once again when The Late Show with Conan O’Brien sent him to this year’s San Diego Comic-Con. And this time you don’t have to buy burned copies from a weird guy at a booth with Micronaut figures. I kid. I kid. (Oh, and consider this your official "Not Safe For Work" warning.) 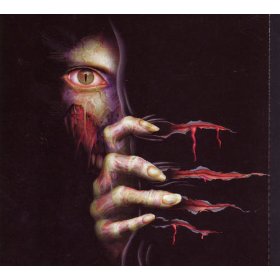 Having previously announced Bionic Commando and Lost Planet comics coming from Devil’s Due, Capcom is bringing even more of their hit games to comic books. In a joint press release with DC Comics, they announced that the WildStorm imprint will publish comics based on Resident Evil and Devil May Cry. Details, like who’s writing and drawing it, or when it will be announced at a later date.

Devil May Cry follows demon fighter Dante in a gothic anime influenced world with over-the-top weapons. It’s been previously released as best-selling manga from Tokyopop, but this will be the first time content has been created by American comic artists.

Jim Lee must really like playing Resident Evil. Back in the pre-DC Comics era, WildStorm published a pretty successful comic/fan magazine based on the horror survival game. If you’re living a sheltered life, Resident Evil tells the story of pseudo-law enforcement officers battling the amoral Umbrella Corporation and their continual involvement in zombie plagues.

On a side note, have you seen the trailer for the Capcom-produced CGI movie Resident Evil: Degeneration that was shown at San Diego Comic-Con? You’ll never travel through an airport the same way again. (Video posted after the jump.)

END_OF_DOCUMENT_TOKEN_TO_BE_REPLACED

Joss Whedon’s kooky internet musical Dr. Horrible’s Sing-Along Blog, starring Neil Patrick Harris and Nathan Fillion, was up for a short time for free but then taken down only to be seen for pay on iTunes. Well ComicMix is all about free stuff. Free news, free comics, and free supervillain musicals. Thanks to Hulu.com, we can share the misadventures of Doc Horrible with you guys.