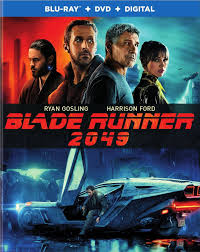 Sequels are always an iffy proposition. There was a time that a hot film spawned an almost mirror-image sequel as a fast cash grab. After it was clear that was not what audiences wanted, sequels grew smarter and more sophisticated. In many cases, though, the first question asked is, “Does this really merit a sequel?” Sometimes, the creators have more they want to say or, after time has passed, feel there is something new to explore.

Ridley Scott’s Blade Runner took Philip K. Dick’s prose work and envisioned a near future that was a darker reflection of 1982. We had gobs of atmosphere, some very restrained and impactful performances, and were left to wonder.  While talk of a sequel has bopped up every few years, everyone held out until now. Director Denis Villeneuve’s sequel, Blade Runner 2049, recruited many of the original cast and crew to take use a bit further into the future to see what has changed.

Judging from the box office, apparently the audience, which was wowed in 1982, has changed and shrugged at the sequel. That’s a shame, because the movie, out now on home video from Warner Home Entertainment, is well worth a look. Yes, it pales in comparison to the impact the original had, but so much has changed in filmmaking and society that it should be expected. A meditation on humanity and the decline of Western civilization is always a welcome subject, but this story left too many gaps, too much unexplained so ultimately proved a disappointing experience. 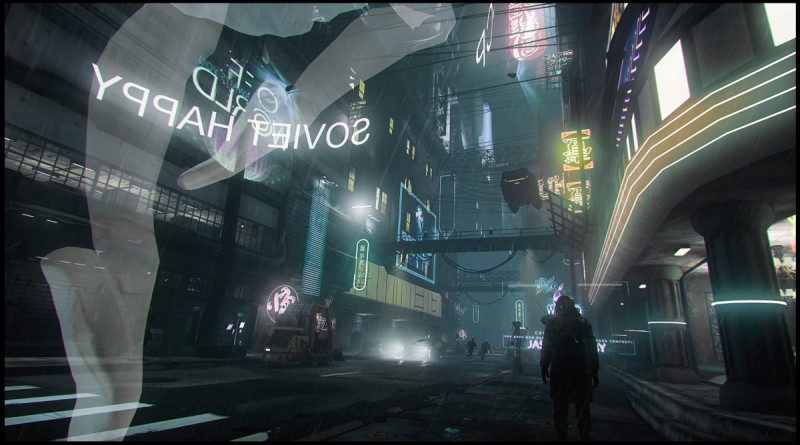 Screenwriter Hampton Fancher picks up thirty years later and Tyrell Corporation’s Nexus 8 is the cutting edge Replicant model, complete with an average human lifespan and finely tuned memories. We learn that Replicants have been invaluable in colonizing near-space, letting humanity escape the world they ruined. After a technology disaster in 2022 destroyed most of the world’s digital data, Los Angeles and other major cities are largely abandoned, sprawling slums.

No one machine is perfect and the imperfect 8’s get hunted down by blade runners and that’s where we meet “K” (Ryan Gosling), following commands from Lt. Joshi (Robin Wright). When he finishes his work, he returns to his tiny apartment and charming AI companion Joi (Ana de Armas). They have such an intimate connection that she later arranges to hire a hooker, Mariette (Mackenzie Davis), and seemingly merges with her to pleasure K in one of the film’s most visually compelling scenes. 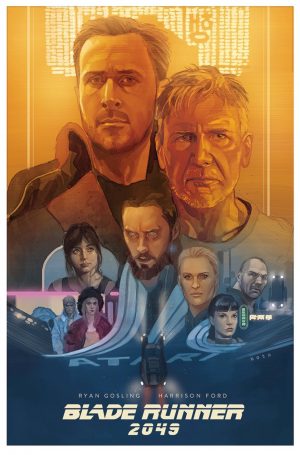 His most recent case, dispatching an 8 (David Bautista in a small but fine part), sends him on a case that eventually leads him to Las Vegas, where Rick Deckard (Harrison Ford), has been living in solitude. Visionary industrialist Niander Wallace (Jared Leto), who took over Tyrell, is blind and wants any hint of competition wiped out, issuing orders through his replicant assistant Luv (Sylvia Hoeks), contrasting with the K/Joi team.

There’s a hunt for K and Deckard, the revelation of an underground movement (isn’t there always?), and things blow up real well here and there.

Visual futurist Syd Mead nicely extrapolates his future over three decades and you can’t question that the money went into the production. It’s rich and textured, the effects strong, and Dennis Gassner’s production design superb. But the overall effect leaves one cold, and the story’s flaws leaves too many unanswered questions to be truly successful. It certainly leaves you thinking, which is a cut above much of the genre fare we were offered in 2017.

The disc does a strong job transferring the film to 1080p, AVC-encoded Blu-ray at the standard 2.40:1 width, with nary a hint of the material shot at 1.90:1 for IMAX. If anything, the Dolby Atmos soundtrack is better so you won’t miss a beat from the Hans Zimmer and Benjamin Wallfisch score.