Marc Alan Fishman: What I’m Thankful For – the 2017 Edition 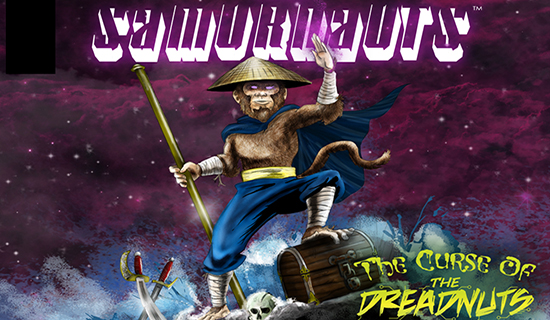 In a few short days, we’ll be breaking bread with our loved ones and indulge in a day where we give thanks by cooking and consuming more food than we need. Some sanctimonious scads will also donate time, money, and food to charities to actually be good people. And then, for some, comes the relatively new tradition of lining up at brick and mortar stores to purchase items at rock-bottom prices in the name of some long-lost holiday spirit.

I am thankful that I don’t partake in that particular assholery. But I digress. 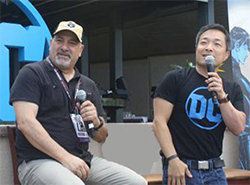 This has been an awful year for an awful lot of reasons. Our President is a blowhard buffoon who has only succeeded in raising the collective blood pressure of the people he swore an oath to protect. Hollywood blew up, and it turns out it’s full of absolute monsters. That Donald Trump dick is an idiot and attained the highest job in the country, and that some of the most powerful men of media used their position to pray on unsuspecting women and men does not come. It’s just that it all piled up at the same time. So much so that I’m having a hard time finding the silver lining amongst the low-hanging clouds.

But I’m not a sex-predator. And despite all his idiocy, President Trump has not personally affected my day-to-day life significantly enough that I’m in any worse station. So, I venture forward. These are the things I am most thankful for here in 2017:

After over five years of work, me and my studio mates have put to bed our very first trade paperback. Collecting issues one through four of The Samurnauts: Curse of the Dreadnuts, and packing it full of bonus materials has produced a 192 page tome that represents literally the very best thing we have done in our lives – specifically speaking of our creative output. As of this writing, the final details are being laid into the file that will be gleefully sent to our printer. The only thing left to do with it this year is toss the necessary shekels to pay for it. This will allow us in 2018 to pursue bigger and better things. More Samurnauts. A refreshed brand. A commitment to sell harder than we’ve ever sold before. 2017 was the year we limped across the finish line.

Understand that for most of my career, I’ve worked for some ahem challenging people. After paying whatever dues to the universe that might have existed – I think – I’ve finally found a position that is just right. As an Interactive Media Project Manager, I’ve found a place that challenges me without overworking me. That offers me day to work from home. Actual vacation time. And most important… Support for my personal endeavors like making comics, without ever questioning my commitment to the company.

In 2017, I’ve watched my older boy, Bennett, learn to read and write. Seeing him figure out words and have passion to hold a pen and write his name fills me with emotion that frankly my younger self would declare as trite to be enamored with. But younger me is an ass and an idiot. To see the world through my children’s eyes, is to remember joy that has long been stolen by a weary world. To both Bennett and Colton Fishman, there is no debt, fear of heart disease, crippling insecurity, or the ever-present feeling that we’re nigh on to nuclear Armageddon. In its place is unadulterated glee over video games, comic books, TV shows, and the high fives and hugs of supportive parents. And trust me, until you see my younger, the hilarious CM Fish himself, boisterously vibrate with pure delight over being handed a spoon to eat his yogurt? You don’t know joy. 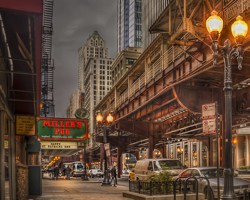 Yes, you read that right. In 2011, I submitted my very first column to ComicMix. And ever since, I have tried to carve out a tiny little spot on the big world wide web where my specific brand of snark could plant a flag. In 2017, I’ve been able to touch on all my favorite nits to pick. From yelling at DC’s Dan Didio for declaring comics are dead, eulogizing a lost friend, to ranking my favorite meals as a comic book creator, I’ve enjoyed being able to spout off whatever tickles my fancy, all while you – my adoring public – have afforded me the luxury of doing so without posting inside a vacuum. Every week, my Facebook feed teems with well-wishers, cage-rattlers, and crafty cohorts alike… all instigated by the words dribbled out of my mighty(ish) pen. Having this space is a boon to my psyche. Knowing that I can commiserate with all of you over every bit of pop culture bric-a-brac that floats past my cerebellum is something I can’t ever take for granted.