Riverdale returns to the CW Wednesday night. The second season promises more of the guilty pleasures served up in this surprisingly fun take of the Archie gang. It’s been wicked fun and I’m encouraged that it’s such a big hit.

Archie has had success in media beyond comics before Riverdale. There was an Archie radio show in the 40s and 50s. It’s a tough one to sit through, even for an old-time radio buff like me. Filmation Studios provided year after year of Archie cartoons for Saturday mornings, starting with The Archie Show and continuing with many spin-offs and sequels. And there have been several TV and movie fits and starts over the years, most notably the early 90s Return to Riverdale.

I graduated from UNC’s Business School about that time, and although I would embark on a traditional marketing career, even then I was looking for a way to blend my traditional marketing skills with Geek Culture. It wasn’t until years later, when I co-founded Captain Action Enterprises and the Bonfire Agency, that I would successfully do it. So while I was interviewing with Lever Bros., P&G and Kraft for traditional MBA marketing jobs, I also arranged an interview with the Chairman of Archie Comics. 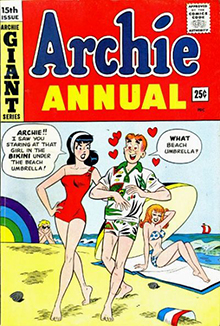 I was invited to Archie’s Mamaroneck headquarters. In hindsight, I now know that my interview was about ten years too early. In those days, few could envision how important the business of Geek Culture would become. But one of the big topics we discussed was all about making the brand bigger with a made-for-TV-movie called Return to Riverdale. There were a lot of hopes and dreams dashed as a result of that tepidly received show.

So it’s all the better that the new CW Riverdale series show is such a hit. I’ve enjoyed watching it so far. I was very surprised, when sorting through my pal Freddie’s comic collection (more on that here) to come across one particular letter in a tattered copy of Archie Annual #15 from 1963.

As you can see, one of the cast members of an Archie pilot engaged in a little promotion, combined with pleading for swag from the Archie Comics powers-that-be. Wayne Adams, the actor who would play Reggie, is almost in character. 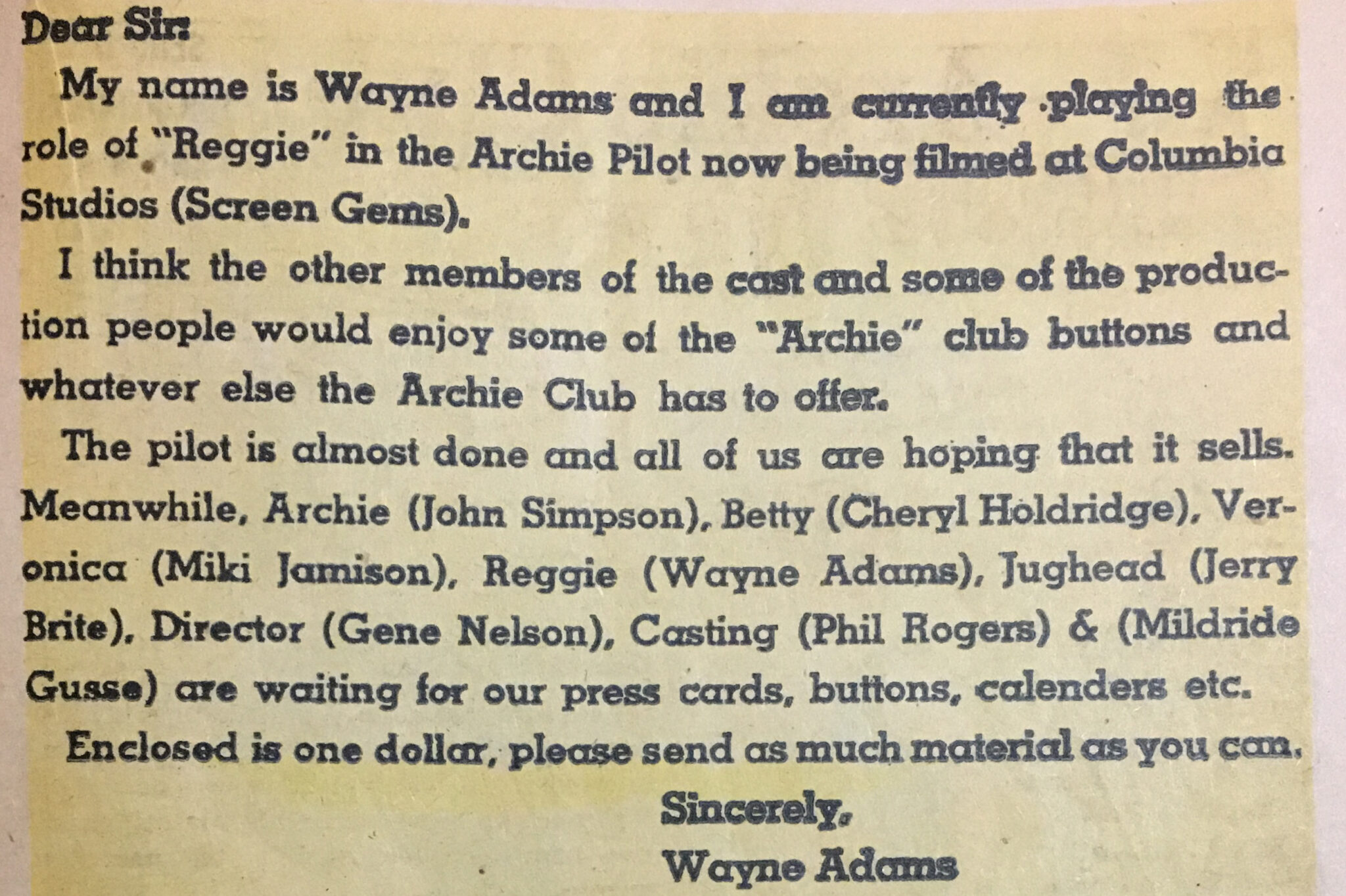 It’s a crazy look back at how things were done in the early days of what would get labeled transmedia. Today folks would try to accomplish the same thing with a well-orchestrated mix of social media and PR.

Which Witch is Which? 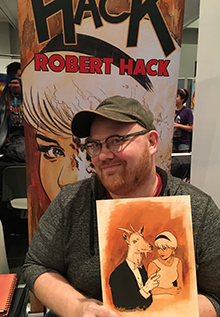 Beyond the clique of Riverdale High’s most popular students, it’s been reported that Sabrina may be joining the gang on the small screen. I think that’s great. I’ve been enjoying the very creepy Chilling Adventures of Sabrina comic series by Roberto Aguirre-Sacasa and Robert Hack, upon which the show is reportedly based.

I was introduced to this platinum beauty when she was cast as the “love interest” in what was essentially the Sugar, Sugar music video. We didn’t really call them music videos in those days but all the cool cartoons would feature chase scenes or spotlight songs within the framework of the larger cartoon. As I got older, it always seemed to me that all these quick-cut montages were an outgrowth of Richard Lester’s Hard Day’s Night.

Sabrina has had many incarnations over the years, but she debuted in Madhouse #22 along with her familiar Salem and her supporting cast. For years she was sort of a Bewitched type character with one foot in Archie’s neighborhood. She’d later leave the Archie style behind to become a stylized young girl and even an anime-esqe heroine. Sabrina was most widely seen in the long running ABC series starring Mellissa Joan Hart, of course. 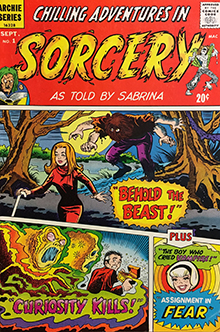 But I’m really interested in Sabrina’s earlier walk on the wild side. In 1972, Archie Comics tepidly introduced the Red Circle line with a comic called Chilling Adventures in Sorcery as Told by Sabrina. Here Sabrina played the role of the spooky narrator. In comics, there is a rich and long tradition of horror hosts introducing macabre tales. During the first two issues, Sabrina would dutifully introduce watered down ghost stories. They were essentially EC comics by way of the Archie line’s house style.

By issue #3, it all changed. Each issue featured genuinely spooky stories, in the classic horror comics traditional, by top talents like Gray Morrow and Alex Toth. The Archie house style was thrown out the window, unfortunately along with Sabrina.

But the precedent was set. I’m leaving the lights on when CW does introduce this spooky Sabrina show.