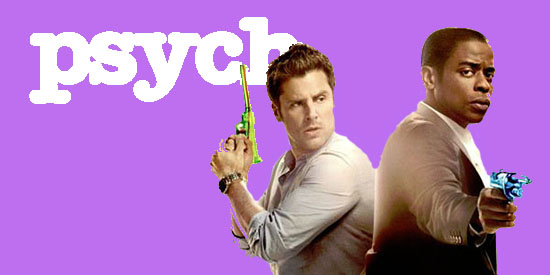 It’s no secret that I’m a fan of Psych. And while I understood that maybe the TV execs felt that after eight seasons it had run its course, still I was sad to see it go. 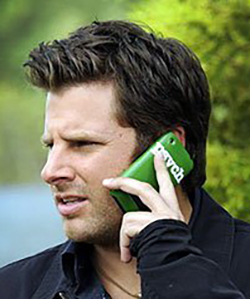 Everything about the show appealed to me – the goofy premise and the quick-witted humor of main character Shawn Spencer; the unshakeable best-friendship of Shawn and Gus, a loyal companion who didn’t always approve of Shawn and sometimes needed his own space but still accepted Shawn for who he was; the Sherlockian vibe of the show’s formula (and I’m always a sucker for an interesting police procedural); the running gags and nerd references (who would think spotting pineapples could be so much fun?); and the romance that bubbled in the background.

I also appreciated that the show was unafraid to feature a cast of essentially good characters – even hard-boiled Lassiter had a softer side. And I liked that Shawn’s light-hearted shenanigans also revealed his deep understanding of people – his teasing of Lassie, for one example, also served to show Lassie that it was okay to open up a little and trust that not everyone would hurt him because he was vulnerable. From the Chief to big, innocent Buzz, the characters were real without being unnecessarily harsh.

And yet, Psych had a darker side, too. I’m not just talking about the murders. You don’t get to be so good at observing human behavior without an early reason to do so. And while dad Henry’s extreme insistence on young Shawn being observational about details could be looked on as a parent’s attempts to prepare his child for the world, or hone a recognized unique ability; his harsh attitude probably played as much of a role in developing Shawn’s gifts (and stunting his emotional growth) as his actual “training” of Shawn.

The difficulties that Shawn has in maturing – from his hopping from living space to living space and job to job, to his discomfort with anything getting too serious, to his actual and obvious relationship issues with his father as an adult – are directly correlated to both Henry’s parenting in flashbacks and also to his parents’ divorce. I always appreciated that the lightness of the show and of Shawn also grew from those darker roots, and that it wasn’t afraid to reference them.

Yet, while the show acknowledged the emotional damage that Shawn attempted to hide behind humor, it also called out the harm it was doing to his prospects for a fuller life – from his inability early in the show to have a real relationship with a father he couldn’t forgive, to the ongoing frustration of his love interest Juliet with his ability to artfully avoid real intimacy. Not only that, but it explored the growth of all characters, but particularly Shawn. Amidst the treasure hunts, planetarium adventures, and petting of baby bunnies, it showed how Shawn’s eventual emotional maturing (what Steve Franks himself called being “an actual, self-realized human being”) and willingness to face those serious issues for love and be a responsible adult finally allowed Juliet to trust him with her heart.

That’s some heavy lifting for a show that also made a habit of using silly nicknames, throwing out pop culture references, and having its main characters ride around in car nicknamed The Blueberry. And it’s a show where you’re sad to see the end of all the great characters involved.

That’s why I’m so excited that this December, we are getting to hang out with those great characters again – in Psych: The Movie, which will also be starring a favorite actor of mine, Zachary Levi, as a villain. I’m really looking forward to it.

So is the Psych cast and crew, with whom I discussed the movie at SDCC. They spilled about what it’s like to be back together after some time away from the show, where the movie is going to pick up in the threads of everyone’s lives, how Shawn and Juliet are doing, Henry’s new fashion choices, working with Zac Levi, and a whole lot more!

After our chats I’m super excited to see the movie on the USA Network this December. I’m sure you will be too after you check out all of the fun interviews below!

See you around, Psych-Os! And until next time, Servo Lectio!