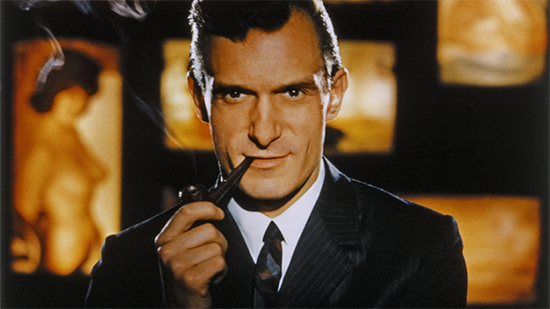 Not about him personally. I didn’t know him. I didn’t know anyone who hung out with him, not for any significant amount of time. Since a lot of his business seemed to involve throwing parties at his home, I probably know people who went to a party or two. You probably do, too.

No, I want to talk about Playboy magazine and its legacy. 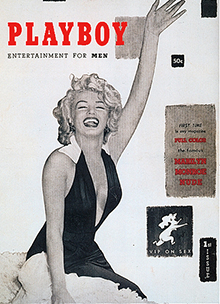 Playboy began in 1953, just as I did. From the very beginning, it challenged then-current ideas about how people should live (something I didn’t do for another 15 years or so, and not with such great effect). And from the beginning, it made me uncomfortable.

The women in Playboy were beautiful, but that is all they were. And they were beautiful in a very limited way. For decades, they were almost exclusively white, and mostly blonde. This was Hefner’s type, and he’s entitled to it, but, as a kid trying to figure out her place in the world, the Playboy ideal of beauty was just another club that wouldn’t have me. 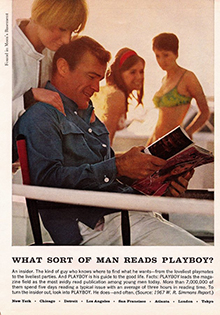 Even if it did, there wasn’t much for me to do. A woman in Playboy was an accessory to a successful life, just like the cars and stereo equipment and furniture and liquor and clothes. Her placement next to these other accoutrements were a testament to a man’s taste, not affection.

But wait, you say. Nobody forced these women to pose for the magazine (or work in the clubs, or hang out at the Mansion). That is, technically, true. Some worked for Hefner because it sounded like a kick. Some thought it would get them attention from studio executives and therefore help their acting careers. And some (maybe most? I have no idea) did it because it paid better than other jobs they could get.

It says a lot about our society that, during much of Hefner’s tenure at Playboy, the highest-paying jobs available to most women were limited to those genetically blessed and willing to be naked in front of millions of men.

Hefner took great pride in the fact that he published some of the best (mostly male) writers of his time. He also contributed millions of dollars to free speech issues. Therefore, I found it amusing that, when they published an excerpt from Norman Mailer’s Ancient Evenings, he felt it necessary to bowdlerize a sex scene. These are editorial standards, not censorship, and it was absolutely within Playboy’s rights. But it does suggest that they weren’t as uninhibited as they pretended to be.

Feminists didn’t like Hefner, and the feeling was mutual. Some said his support of free speech and reproductive rights made him an ally. Others said his support of those issues merely made him money. Some said the nude photographs were demeaning to women. Some said that criticism of the nude photographs infantilized the women who posed. There were many different kinds of feminist objections to the magazine, and looking at the variety is an interesting history lesson in feminism, intersectionality, and the marketplace of ideas.

Another publishing giant died soon after Hefner. S. I. Newhouse  inherited Conde Nast from his father, and acted as a publisher, not an editor. However, as the person who hired the editors for the various magazines, he had immense power in the perspectives they presented. It is only fair to point out that the Vogue magazines of my youth were as intimidating and shaming as Playboy, glamorizing another body-type I would never match. Conde Nast, however, also published the late, lamented Mademoiselle (where Sylvia Plath worked as an intern!), Glamour and lots of other titles that presented a lot of other points of view and models of behavior.

More recently, Teen Vogue has expanded its coverage far beyond fashion and make-up, into the kinds of informative features I wish I had available to me when I was the target audience (although there was no Teen Vogue then). 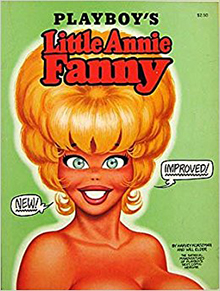 I think that Hugh Hefner was a complicated human being, just as I am, just as I suspect you are, Constant Reader. He was not purely good and he was not purely evil. From the outside, he looks like a narcissist who only liked individual women if they had sex with him, were his children, or followed his orders. In that, he is a lot like our current president. Unlike our current president, he actually created something original and made a business out of it, one that supported a lot of people, including writers, including cartoonists, including Harvey Kurtzman.

Which wins him points from me.