Glenn Hauman: Do You Really Need To Say It? 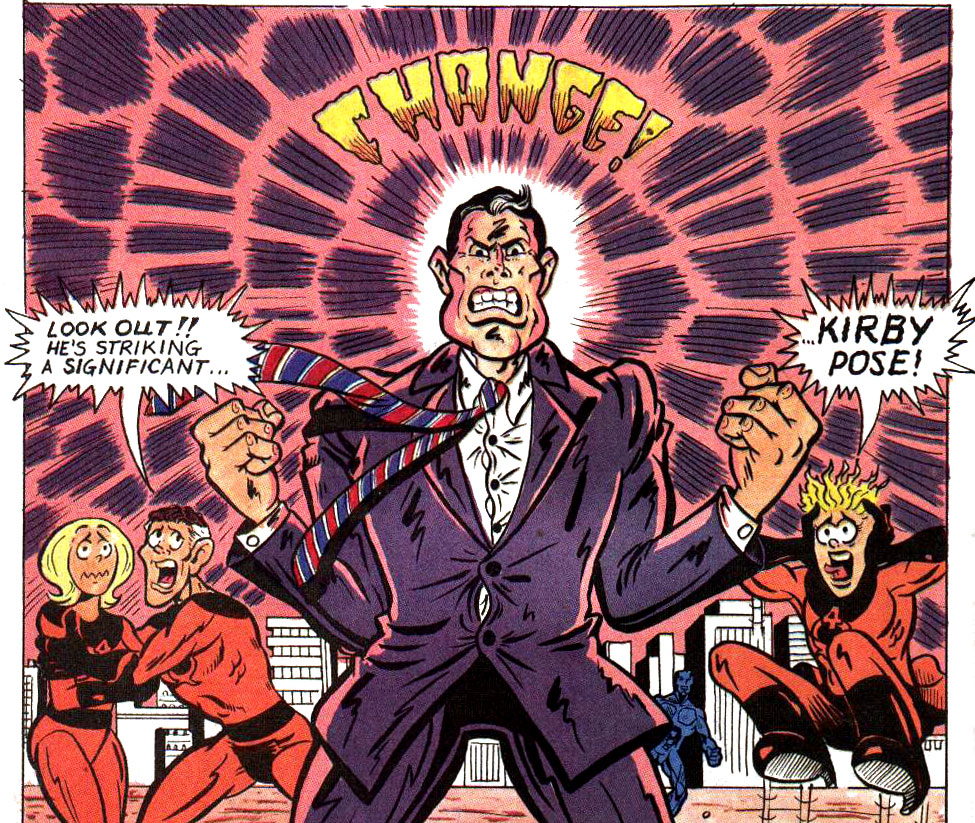 Scènes à faire. Ever heard of it?

It’s an interesting concept that writers and artists encounter when they work, although they may not know what it’s called. It’s French for “scene to be made” or “scene that must be done”. In practical terms, it refers to a scene in a creative work that’s pretty much obligatory for the genre.

If you’re doing a story about a doctor, you will sooner or later have a dramatic shot of a patient on a cart pushed through swinging hospital doors. If you’re doing a story about a lawyer, sooner or later there will be an impassioned speech in front of a judge. If you’re doing a story about a little old lady in Maine who writes mysteries, sooner or later there will be a dead body. If there’s an evacuation, there will be a shot of a toy sadly left behind; if there’s a fruit cart during a car chase in an ethnic neighborhood, the fruit will become ingredients for a smoothie; if there’s a gun on the mantelpiece, it will be fired— on and on and on. ComicMix’s house metaphysician, Del Close, used to have a saying: “Never share a foxhole with a character who carries a photo of his sweetheart.”

And if there’s a superhero story…?

Sadly, you can probably come up with a lot of things in here that just seemed preordained to show up.

First off, it’s a one in a billion thing. A lightning bolt will hit a rack of chemicals that you’re near, a radioactive spider will bite you and not kill you, an alien will come down and give you a thingamabob of immense power, you’re the one in a generation prophecy made flesh, or a completely random mutation, or your billionaire parents were shot dead in an alley— you can list these as easily as I can.

At the same time or shortly thereafter, you get THE MOTIVATION. That’s the reason why they get dressed up and do what they do, and that is important, because that often reveals character. (It better reveal character, the person has suddenly decided to start wearing funny clothing outside and potentially be shot— “it seemed like a good idea at the time” just won’t do.)

Now: can you tell a superhero story without telling the origin?

Well, yes. Spider-Man: Homecoming avoided telling (or retelling) the more famous moments of Peter Parker’s backstory (although we do see how he gets various iterations of his suit) and instead focused on what he does now as a person. There was an early draft for a Green Arrow/Suicide Squad-ish movie called SuperMax where Oliver Queen was just tossed in prison with a bunch of supervillians and had to get out. No origin, no recap, just hit the ground running. The first X-Men movie doesn’t go into the backstory of all these mutants, just throws in the plot, the sides, the stakes, and go.

Some stories are even doing this now with fight scenes, because fight scenes rarely reveal character. The most extreme example that comes to mind was what Peter David did in Captain Marvel between issues #5 and #6, he had an entire cosmic crossover battle and destroyed the universe— and did it all off-panel.

The point? The point is: get to the point. We’ve seen the classic bits already, and many of us can pretty much take them as given. The point is not the origin itself— but how and why this changes the character.

We’ve seen the universe end before. Show me why your character wants to end it.