Marc Alan Fishman: “When Are You Going To Stop This?” 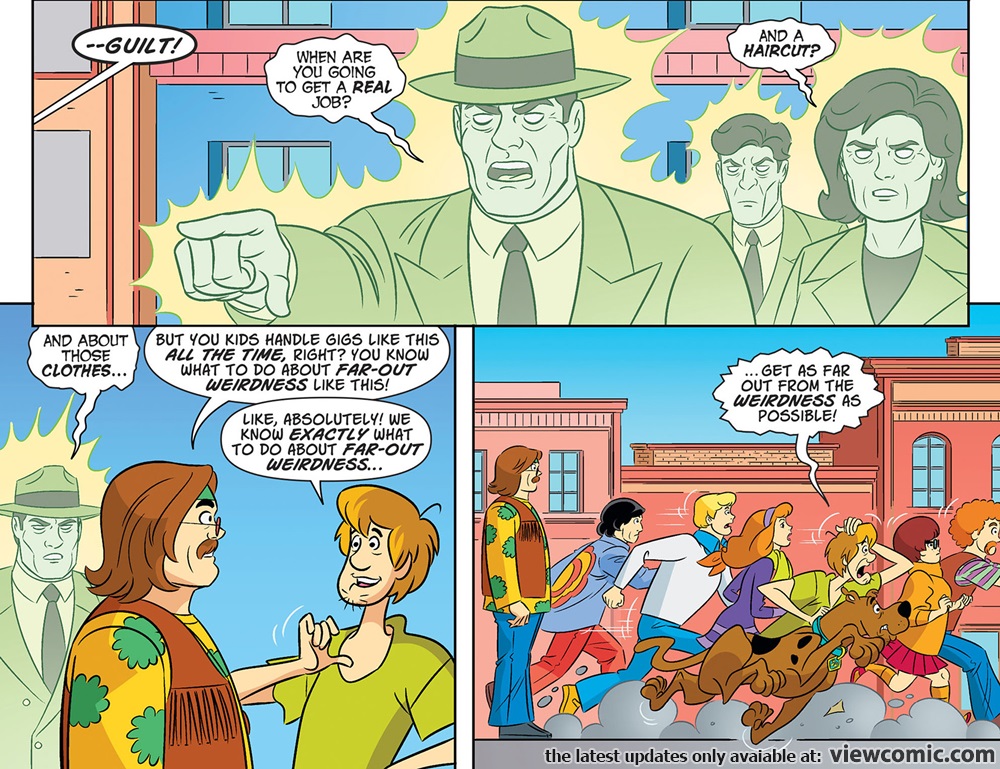 As I placed the final piece of the puzzle into the floppy copy of The Samurnauts: Curse of the Dreadnuts #4 (ironically it was an ad for ComicMix, what synergy!) a fleeting thought tripped me up. Throughout the production process of creating Curse, Unshaven Comics has faced one teeny-tiny nagging question from a few people very close to our hearts. This single question – phrased and rephrased in both passive-aggressive and totally-aggro ways has come to represent a choke point for me and my l’il studio.

“When are you going to stop this?”

For the sake of clarity? The question was posed to us by close family members – none of whom share room and board with us. All three Unshaven Lads are beyond lucky to have wives (and children) who are always fully in-support of our indie comic dreams; so long as we work hard to be good husbands and dads… which we are.

This gentle nag comes out of place of love mind you, and it bears some defense. Making comics, attending comic conventions, and running a small business takes time, energy, and money. Three things none of the Unshavenauts have a plethora of. And as girlfriends became wives became mothers of our children, all three resources continued to become even more important. Imagine leaving a frazzled new mother with a screaming infant while her pie-in-the-sky-publishing-father-of-the-doomspawn traipses across the country to go sell comics for just enough money to afford going to the next show. When you phrase it that way? Well, me and my brothers-from-other-mothers are downright villainous, aren’t we?

But we’re not villains.

The nagging question comes fully loaded with the bigger picture in mind; to what end did we envision all this comic bookery doing for us?

When we began… perhaps it was hubris and optimism that made me think it’d land us on the doorstep of a great publisher like Boom!, Avatar, Image, or Dark Horse. As issue 2 and 3 dropped, that dream shifted a bit towards even larger goals like licensing and multi-media expansion. When we launched our Kickstarter, the promise of a graphic novel brought with it this feeling of making a statement – that we had arrived, and soon Samurnauts would morph into a vehicle to break us away from our normal day jobs, and allow us to live the life we’d spitballed about during those lengthy drives across the country.

And those dreams, shared with our friends, family, and fans eventually came full circle. Here we are on the verge of actually collecting together the graphic novel (and finally fulfilling our promises to our now-rightfully-mad-as-hell backers), no longer hell-bent on stardom or fame. The journey has been the reward staring us back in the face all along. Money would be great; but a big break comes much like love does. Always be open to it and ready for it… but never demand it or expect it.

So…“When are you going to stop this?”

It’d be so easy to quit. While our nemesis enjoys the ending of his biographical comic by way of a now-viral-sensation and we see plenty of our compatriots releasing more material than we ever could in the same amount of time, I can’t lie – the not-so-secret jealousy of their good fortune (well-deserved as it is) makes it feel like perhaps we missed the boat on that next level we aspire to be at.

Like I said, it’d be easy to turn the lights off and walk away. A single graphic novel that represents the very best of what we built together, ultimately delivered to the fans we made along the way. It sounds great on paper, right?

As it stands, the Unshaven Lads have all taken on extra work to keep our home-lives comfortable. One of us moved a state away (yeah, it’s like two hours away from us, but that can feel like half a country some days). And our kids aren’t getting easier to keep a handle on. To spit in the wind triumphantly and declare “This is just the beginning!” Would feel like the prattling optimistic idiocy we blurted out to Mike Gold the very first time we met him. We’re older now. Wiser. Exhausted.

Forgive me now, as I ascend my last remaining soapbox. And I know I’m being a bit long-winded about all of this. But fuck all, I don’t care.

The Samurnauts to date has seen the toil, sweat, and tears of over a thousand hours to produce from stem to stern. We have sold over ten thousand copies of them from Chicago to New York… and this is before we release the final issue of the first series at the upcoming Dragon Con in Atlanta. Beyond delivering what we promised to our 125 backers, we owe thousands of people the conclusion to this first story. And damn it all, they will get it. And after the dust settles on the graphic novel production to come here in the forthcoming month (collecting 4 comics and bonus materials doesn’t just happen overnight), guess what?

We’re starting three more Samurnauts series. This doesn’t end. This will never end. The drive to create… the bond built over 20 years with my best friends who I would take a bullet for each… the bonds made with all our fellow creators sharing in the same experiences on the road… the smiles on the faces of random kids and adults who hear our pitch and buy our book. That’s a drug I refuse to ween myself off of.

“When are you going to stop this?”