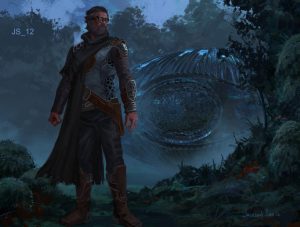 Guardians Of The Galaxy Vol. 2 sees the return of the universe’s favorite band of intergalactic misfits. Set to the all-new sonic backdrop of Awesome Mixtape #2, the movie’s thrilling storyline follows the team’s adventures as they traverse the outer reaches of the cosmos. The Guardians – Chris Pratt as Peter Quill/Star-Lord, Zoe Saldana as Gamora, Dave Bautista as Drax, Vin Diesel as the voice of Groot and Bradley Cooper as Rocket – must fight to keep their newfound family together as they unravel the mystery of Peter Quill’s true parentage. Old foes become new allies and fan-favorite characters from the classic comics will come to our heroes’ aid as the Marvel Cinematic Universe continues to expand.

To celebrate the in-home release of the blockbuster sequel digitally on HD, 4K Ultra HD™ and Disney Movies Anywhere this weel, and physically on 4K Ultra HD™ Blu-ray™ Combo Pack, Blu-ray Combo Pack and DVD on August 22, we catch up with Kurt Russell – who plays Ego – to find out more on the making of the action-packed Marvel movie…

How did you become involved with Guardians of the Galaxy Vol. 2?

I was doing publicity for The Hateful Eight and suddenly people were asking me, “Are you going to do Guardians of the Galaxy 2?” At the same time, my phone was going off the hook about it. I knew of Guardians of the Galaxy but I hadn’t seen it and I hadn’t been approached about the sequel officially. What was different was this was the first time I was being told by everyone how great it would be. “It’s going to be fantastic,” they would say. “The role is Peter Quill’s father and Chris Pratt is the guy who plays Peter Quill. You’re perfect for it.”

But you hadn’t been approached to appear in the movie at that point?

No. I remember thinking, “Oh, this sounds really good and interesting.” But at that point, I needed to see the first movie. As soon as I saw Chris [Pratt] kicking those Orloni—those space rats at the start of the first movie—I started to really like him and I started to quickly understand the tone of the movie and what Chris was bringing to the role. And it somehow connected to movies I had done in the past—in particular, Jack Burton in “Big Trouble in Little China.”

Were there other motivations behind your attraction to the role of Ego?

As soon as I read the screenplay, I understood why they were coming to me. But I was concerned that it would ultimately be disappointing to the fans since Peter’s father turns out to be the bad guy. It was fun, and it was right—people loved the first movie and they were excited about me playing Peter Quill’s father—but they didn’t know that I was going to play a character so horrible that Peter has to kill me. I thought, “That’s kind of great, but I just hope that does not wreck the whole experience of ‘Guardians of the Galaxy Vol. 2.’”

Did you voice your concerns to the director?

That’s exactly what I did. I talked to [director] James Gunn for a very short period of time. It was a quick, succinct and not very in-depth conversation—but I took a leap of faith. I said to him, “I want to do this. I want to play all the different aspects of this character, but we have to get the audience to a place where they want Peter to kill his father. That is the challenge.” It’s such a good twist. I think it’s great. It’s like a Greek tragedy.

How have audiences reacted to the twist?

The reaction was fantastic. You could literally hear the air collectively coming out of the audience when my character blithely talks about Peter’s mother and when he says the line, “It broke my heart to put that tumor in her head.” I’ve listened to a number of audiences now, and it’s incredible to hear their response. I remember rehearsing with Chris and James, and I literally turned around in character and said, “Now I know that sounds bad …,” and James, Chris and I cracked up and James said, “We have to do that!” And I thought to myself, these guys are bold and confident. It was a great feeling.

Is it a bittersweet feeling to be killed off in your first Marvel movie?

Here’s the thing … years ago, I avoided doing sequels. I won’t go into which movies they were, but they were some pretty big ones. I would be asked to sign three picture deals and I would always say, “No, I’m not going to do that because that’s not what I want to do. I don’t want to be locked in.” My agents were frustrated with me a few times because they were big movies—but I said, “I’m sorry, guys. I just don’t want to do that.” That created the opportunity for me to do many different characters in many different genres across the board, and I am satisfied I did it that way. But I looked at this movie, at this time, and I thought, “This character is awesome! Imagine what you could do with this guy?” Besides, the landscape is a lot different now than it was then.

When you look back at the making of Guardians of the Galaxy Vol. 2, what is the one moment on set that stands out the most for you?

Which scenes did you enjoy working on the most?

The “Brandy” scene certainly stands out for me. The scene where I’m talking in time to the music, telling Peter how we are the sailors in the song and how that’s the greatest song ever written on the planet earth. It walks that perfect line of, “Are you serious? Are you kidding me? That’s so ridiculously fabulous.” And yet there will be those who will agree with that sentiment. “Yes! Finally, somebody has said ‘Brandy’ is the greatest song ever written.” In fact, I’ve already run into some of those people. It completely walks that line, and I just love that. I loved that day. We had a great time.

Do any other scenes stand out for you?

I also had a great time shooting the fight scene between Chris and myself. I’m very comfortable with that stuff and I’ve done a lot of it in my life—and it was fun to show him a trick or two. He’s such a sweetheart. Shooting those two scenes stand out in my mind—but I think the “Brandy” scene will always stay with me.

David Hasselhoff was a fun addition to the cast of Guardians of the Galaxy Vol. 2. What do you think of his cameo in the movie?

That was actually my suggestion to James Gunn. I said, “I think Ego should turn into David Hasselhoff when Peter shoots me and I get very angry … and when I say, ‘Who in the hell do you think you are? I tried to be everything you wanted me to be.’” I said, “At that point, I should turn into David Hasselhoff as that is the father that Peter Quill created in his mind and at that point—angry as I am—I am still kind of trying to win him over. You need to get David Hasselhoff here.” I’m glad it worked out and that David did it. It’s perfect.