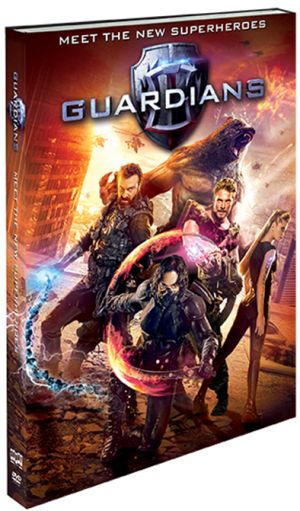 Defenders of the world, unite! Brace yourselves for non-stop action and edge-of-your-seat thrills with a massive werebear, a man who can move mountains, a martial artist and a blademaster.  Alone, they are freaks. Together, they’re the Guardians. An ultra-stylish, high-octane superhero actioner by Sarik Andreasyan (American Heist), GUARDIANS makes its DVD debut as a Walmart exclusive on September 5, 2017 from Shout! Factory.  The Blu-ray (with digital download) will be available everywhere December 5, 2017.  Delivering a visceral thrill-ride that movie fans will highly enjoy, GUARDIANS DVD and Blu-ray™ boast English and Russian audio tracks, insightful bonus content and more!

During the Cold War, the secret organization “Patriot” created an elite squad of superheroes to defend the Soviet republic from threats far beyond the capabilities of mortal men. For years, these heroes hid in the shadows… but now, four must emerge to defend their homeland from a menace unlike any other they have faced before: the diabolical, power-hungry scientist Kuratov.