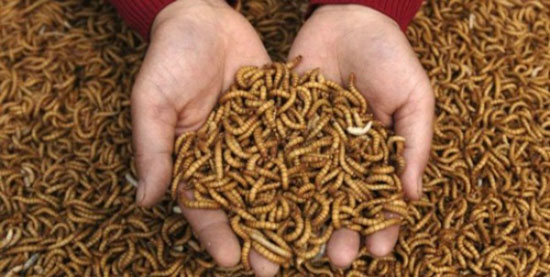 From Martha Thomases’s column of August 4: Last week Heather Antos, an editor at Marvel, went out with a bunch of her colleagues for milkshakes at a nearby Ben & Jerry’s and posted a selfie on Twitter. She said “It’s the Marvel milkshake crew! #FabulousFlo.” The hashtag refers to Flo Steinberg, who had just died.

Uh-oh. Mindy’s on a rant. Duck and cover.

Who the fuck gave these maggots permission to insult and threaten anyone who lives outside their minuscule, ignorant bubbles?

I’ll tell you who.

The liar. The bully. The malignant narcissist. The “Baby-Man.” Or, as I call him, Il Tweetci The Mad.

On June 29, Self magazine writer Nina Bahader listed 22 sexist comments made by the man who sits in the Oval Office. Here are some of them:

A leopard doesn’t change his spots. You can’t teach an old dog new tricks. During the campaign, he tweeted: “If Hillary Clinton can’t satisfy her husband what makes her think she can satisfy America?” and said, “When she walked in front of me, believe me, I wasn’t impressed.” And he attacked her with this: “The only card [Hillary Clinton] has is the woman’s card,” he said in April 2016. “She’s got nothing else to offer and frankly, if Hillary Clinton were a man, I don’t think she’d get 5 percent of the vote. The only thing she’s got going is the woman’s card, and the beautiful thing is, women don’t like her.” He said of Carly Fiorina, his opponent during the Republican primary season: “Look at that face! Would anyone vote for that? Can you imagine that the face of our next president?!’ and “I mean, she’s a woman, and I’m not s’posedta say bad things, but really folks, come on. Are we serious?”

He has tweeted warnings to Republican Senators Susan Collins of Maine and Lisa Murkowski of Alaska about getting in step with the agenda.

He calls women he doesn’t like “fat pigs, dogs, slobs.”

His actions have led to abusive behavior by members of the Republican Party. The Washington Post reported that Representative Blake Farenthold of Texas said of Republican Susan Collins of Maine after her “No” vote in the health care debate that if she were a “guy from south Texas, I might ask him to step outside and settle this Aaron Burr-style.” In an interview with Ali Velshi of MSNBC, Georgia Representative Earl L. “Buddy” Carter said that “someone should go over there to that Senate and snatch a knot in their ass” a phrase that means to hit someone as punishment. And after Republican Senator Lisa Murkowski of Alaska also voted “No” on the bill, Interior Secretary Ryan Zinke told the Senator that her vote had put Alaska’s future with the administration in jeopardy.

And you wonder why the maggots feel empowered?