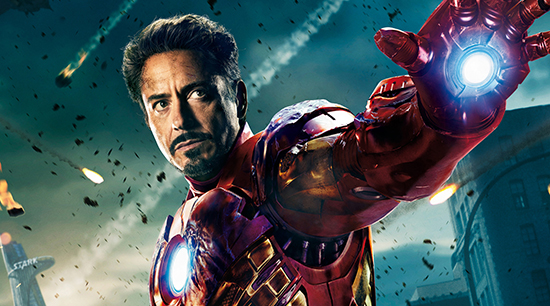 To date, Marvel Studios has 16 released films in their shared universe. And while I have an affinity for all of them (truly, there isn’t a bad one in the bunch) it’s fair now to see the cream rise to the top. Having just finished Spider-Man: Homecoming this past weekend – yes I’m a suburban dad who no longer prioritizes movies as a need-to-see-on-release-day – I think I’m within bounds to pluck out my top five… until I mentioned this idea to EIC Mike Gold who denoted “We have a logo” for picking six. Natch. So, without any further preamble, here are (ranked from bottom to top) my most favoritest Marvel(ous) movies.

Definition time: I’m specifying movies only within the “Marvel Cinematic Universe.” This excludes the X-Men movies, the Fantastic Four movies, the Blade trilogy (which was awesome, honestly) any previous Spider-Man flicks, and sadly Deadpool who would have been #3 on my ranking.

It’s funny enough to me that this film – the quintessential tent pole of the MCU – arrives in this bonus spot on my list. When the dust settled for me on The Avengers I remain in love with the concept, less the execution. Because Joss Whedon is so adept at creating great team dynamics there’s rarely any downtime in the flick, which is its saving grace. Ultimately, the plot is barely logical, with Loki aligning with Thanos because reasons and it’s all an excuse for a huge CGI fist fight. That the film never abandons the damage New York takes because of the epic Midtown massacre again harkens why The Avengers made my list in the first place. Amidst the cacophony, humanity still remains at the heart of the film. Even if Agent Coulson’s death was retconned almost immediately.

All of Cap’s movies are infinitely watchable to me. Somehow the cock-sure asshat that was one of the only saving graces of the terrible Fantastic Four films (you know which ones) truly adopted and adapted his talents to fully realize Marvel’s big blue boy scout. And in his performance, Chris Evans balances the fish-out-of-water aspects of the character perfectly with a soldier’s grit and heroism in the modern age. While The First Avenger did all the expository heavy lifting to sell us on Steve Rogers the man, The Winter Soldier proved that “superhero” films could be far more than large set pieces and quips. The Directing Russos took their love of 70s political / conspiracy fiction and married it to the modern day in a way that felt bombastic but real. I still remain in awe watching Rogers chase down his former best friend amidst the chaos of the biggest Holy Watcher! moment of the MCU – the reveal of Hydra’s long-simmering subterfuge. Pair that with the late-in-the-movie tête-à-tête with Nick Fury over proactive protection over reactive super heroics and you get a heavy flick that leaves you wondering why it took this long to see something this good.

The only thing I could honestly nitpick about the flick was the avidity for late-night fight scenes, is a boon to the first Spider-Man film to truly nail the character as I’d always imagined him to be. Our believably-baby-faced Peter Parker steals the show (fitting given it’s his film) in what amounts to an homage to 80s teen rom-coms with a running thread of super-heroics. And, amongst literally all the movies I’ll be listing today, none had me more on the edge of my seat than the car ride discussion between Peter and his date’s daddy. That a superhero movie had me captivated without thwipping a single web is a testament to its depth and brevity. Oh, and somehow, the movie made a mort like Vulture into a believable badass. Case. Closed.

Take everything that was said above, copy, and paste it. But magnify it by two or three. Civil War took big swings at the politics of being a super hero, weaved in a deeply personal conflict, and then set it all against a global backdrop. The movie owned the space Avengers: Age of Ultron should have, all while taking those initial beats of young Steve Rogers and bringing them home to roost. That they could tell all of this, drop our jaws with the airport sequence and make both sides of the equation nuanced in their actions and opinions only drove the point home harder how Marvel could make mature fiction against the flashy colors and CGI bombast.

Guardians of the Galaxy was Marvel’s way of raising two gigantic middle fingers at DC while simultaneously mooning them. For a bit of perspective: Batman v. Superman earned (essentially) the same amount of money as the first GotG movie, but came out two years later. So, a movie where a loose Indiana Jones / Han Solo rip-off pilots Firefly alongside a talking raccoon and animated tree earned the same amount of money. But that’s truly beside the point. Guardians 2 took everything amazing from its first iteration – the comedy, the space-action, the brilliant visuals, and an astoundingly wide scope of the universe at large – and somehow improved upon it. Kurt Russel’s Ego is a massive villain whose plot (for once) feels earned. All the performances were beyond exemplary… but nothing truly hit this father harder than a blue dude with a red Mohawk literally defining fatherhood amidst an intergalactic chase and war sequence.

Iron Man was a no-brainer for the top of my list. While other actors across the MCU have grown into their roles… none of them hold a candle to Robert Downey Jr. – who doesn’t so much as perform Tony Stark as he simply exists as a surrogate so close to the source material he bleeds ink. While other Marvel films have woven more intricate plots, delivered better (a few, if we’re being picky) villains, or provided us with better battles… none compare to the total package quite so well as the original kick-off to Marvel Cinematic Universe. Here, our introduction to what the general pop-culture lexicon would consider a “B” lister, Jon Favreau drags right to the top of the A list in the cold open. Tony Stark – as massively, untouchably talented and wealthy as he is – becomes our surrogate POV character for nearly every Marvel film he’s subsequently been in. And while his personal politics and actions have led him to morally gray areas ever since… it’s all the work done here in his origin that allows us to believe every action that has occurred. All that and the movie made this millennial truly believe a man could fly. In a suit. Of space-age material, designed by a genius living with an electromagnetic reactor in his chest that powers it.