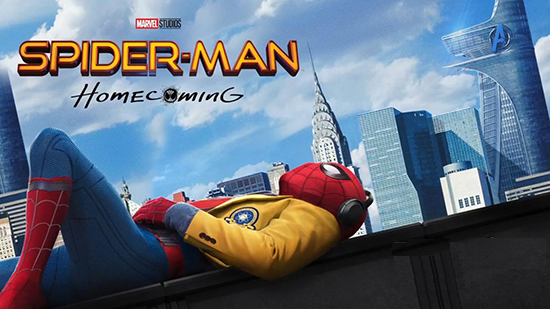 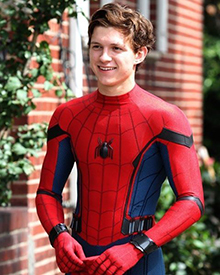 This past weekend I saw Spider-Man Homecoming with my friend Chap. We went to the theater right by us early in the afternoon on Saturday. It was the best experience I’ve had seeing a Spider-Man movie in theaters since I saw Spider-Man 2 with fellow ComicMix writer Arthur Tebbel back in 2004. That was thirteen years ago.

So much of what makes this movie work is Spider-Man himself. Tom Holland (no relation to Alec Holland, a.k.a. Swamp Thing) manages to nail playing both a boy with a superhero physique with enough awkward mannerisms to make it totally believable that he would be perceived as big nerd even by nerd science school standards. He handles the social anxiety and doubt of a teenage Peter Parker better than just about anyone else I’d seen play it or write it. Tom Holland approaches the character with a neediness, desperation, love, and affection that really elevates Spider-Man into being a character that’s unique in this overcrowded superhero landscape which should help make this franchise stand out in future movies. I imagine Tom Holland will also be getting a lot of offers to play roles that Michael Cera would have been offered ten years ago.

Michael Keaton is a stellar villain here, and after Kurt Russell in Guardians of the Galaxy Vol. 2 shows a course correction on Marvel’s part in terms of making better villains. This has been one of the shared universe’s weakest points. Keaton elevates a silly, gimmicky comic book villain into a character with nuance and strong motivation. The downside here is that if you want to go read a comic with a good Vulture story, good luck finding one as good as this. 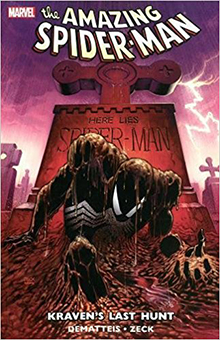 Many of the background characters were people of color, which was very refreshing. Peter’s best friend, his love interest, Flash Thompson, the high school gym teacher, the principal, Shocker and many others were non-white. These movies need to do this more often in order to keep them fresh and timely. Yes, not all of these characters were nonwhite, but many of them were created fifty to nearly eighty years ago and the times they are a changin’. They also gavespecial thanks to Dwayne McDuffie in the credits, as he created Damage Control. I made it a point to look for his name.

Needing more of a Spider-Man fix this weekend I took my copy of Kraven’s Last Hunt off the shelf and read that as well. It’s a very different kind of Spider-Man story; the exact opposite of what was offered in Spider-Man Homecoming. The optimism was replaced with cynicism, the love and affection coming from Kraven in his own sick way as Spider-Man, through the fate of circumstance, is reduced to a damaged shell of his former self; at least for a time. The stakes are higher and the villains more lethal.

Kraven’s Last Hunt is a thoughtful work exploring life, depression, and how we move past trauma. It’s one of my favorite Spider-Man stories, but in part because of how untypical it is for a Spider-Man story. If the character went down that direction more often, it would lose its impact. While it’s a darker place, it’s the kind of story I do think this new Spider-Man movie franchise could tackle towards the very end. 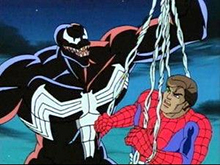 I know that I was saying earlier how this movie makes Vulture a more interesting villain than he typically is, but in all honesty, the most depressing thing that comes from watching Spider-Man Homecoming is that no Spider-Man story is like it. If you weren’t reading the comics and now you wanted to, I cannot recommend a single Spider-Man comic that feels the same way. The closet might be Bendis’ Ultimate Spider-Man which will always have a special place in my heart for bringing me back to Marvel Comics, but even then it’s much different. 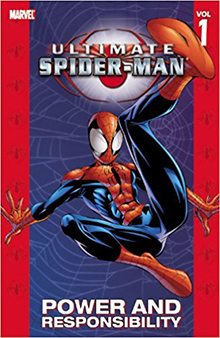 You like Ned? Too bad! You like Liz? Oh well! Do you like this Flash Thompson? Go somewhere else! Does this Spider-Man speak to you more than any others you’ve seen in the movies or on TV? Sorry, but you’ll have to wait until the next movie because he’s not like this in any of the comics.

I grew up loving Spider-Man. Yes, I know I wrote that whole long column about how much I love X-Men, but Spider-Man was up there for me too. I loved watching Spider-Man and His Amazing Friends, the 90s animated series, collecting the action figures from it, playing video games like The Amazing Spider-Man vs The Kingpin, Spider-Man and Venom: Maximum Carnage which was just a Streets of Rage clone but I still enjoyed it, and a whole lot more.

I really love the character. I want to love the comics so badly. I haven’t liked the comics in years. In many years. It saddens me that a character I grew up loving so thoroughly and was excited to talk about and get immersed in through comics and games as a kid has so thoroughly alienated me. The character has been diminished through clones, copycat characters, alternate universes, gimmicks, clumsy resets, body swapping, and moves to go backward instead of forwards.

I know some people are enjoying the current Spider-Verse and I’m glad they are. Not every comic should be written for me. However, after seeing Spider-Man Homecoming I have some hope that maybe, just maybe, the comics will restore some of that magic that’s been lost over time in the same way that Tom Holland showed me that Spider-Man is still spectacular.