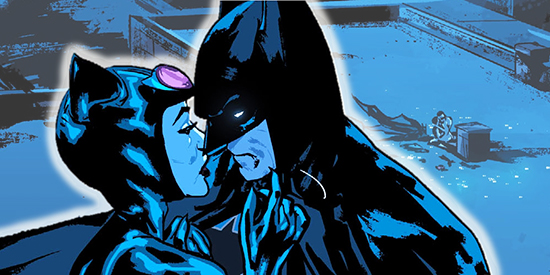 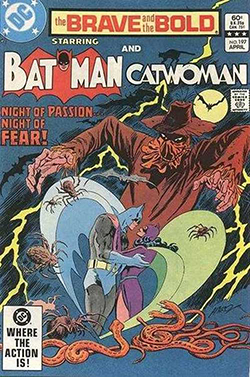 Summer is hot. Literally. We are very aware of our bodies, and the bodies of those around us. We wear lighter clothes. We wear sunglasses and/or glamorous hats.

Love is in the air, or at least lust.

Naturally, I asked myself, “What do superheroes do about this?” 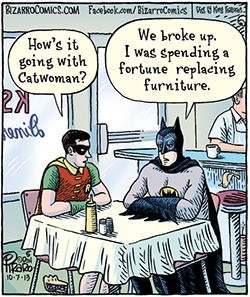 I mean, skin-tight costumes are hot. Literally. And while certain superpowers like invulnerability might make it easier to wear synthetic fabrics or leather, that still doesn’t explain how a Batman can get through a humid Gotham summer.

I guess he’s had his mind on other things. Last month, he proposed to Catwoman Selina Kyle, on a rooftop, both dressed in their superhero outfits.

Neither one of them appeared to be sweating. Although it’s raining, so maybe that made a difference.

I like the Batman/Catwoman romance. I liked it in the old comics I read as a kid, and I liked it in The Dark Knight Rises. I loved it. I loved the Alan Brennert story, The Autobiography of Bruce Wayne, where they got married the first time.

I’m not sure I love this Batman and this Catwoman together. 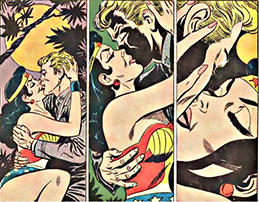 There are a lot of iconic relationships in comics. Because some characters have been in existence for more than 75 years, these relationships have gone through a lot of ups and downs. If you’re a continuity geek (and sometimes I am, but not about this), you can make yourself crazy with the seeming contradictions over the years. Is Lois Lane a jealous snoop, or an independent professional dedicated to her craft? Is Carol Ferris a stuck-up heiress or a lonely little rich girl? Is Iris West a busybody nagging busybody or simply a person who doesn’t like to be lied to? Is Steve Trevor a macho man or a wimp?

Instead, I choose to see these relationships as reflections of both their times and the people (usually men) who write them. This is especially obvious in stories from the 1970s and 1980s when the modern day feminist movement achieved its first successes. You can tell that the writers (and, probably, editors) know something is happening, but they aren’t sure what they are supposed to do about it. So you get a lot of female characters proclaiming themselves “women’s libbers” while wearing hot pants.

(Note: I’m not saying no feminist ever wore hot pants, or that wearing hot pants is anti-feminist. I’m just saying it wasn’t as common in real life as it was in say, Metropolis.) 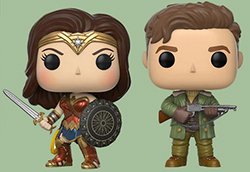 Today, with movies and television as well as comics, we have a lot of different versions of the same relationships from which to choose. I enjoy Lois and Clark in the Superman comics, who are comfortable being married and being parents. I enjoy Barry Allen and Iris West on the television Flash, mostly because Candice Patton is so refreshingly straightforward. I thought the Wonder Woman/Steve Trevor dynamic in the new Wonder Woman was totally believable, way more than it has been in the comics for decades.

I’m not so sure about the current versions of Batman and Catwoman. Bruce Wayne has been through even more trauma than usual lately, what with losing Tim Drake and everything. If I were his shrink, I would advise him to wait at least a year before making any life-changing decisions. I know he’s hurting, but divorce would hurt even more.

At least until the next ret-con.