Mindy Newell: Things In The Air And On The Air 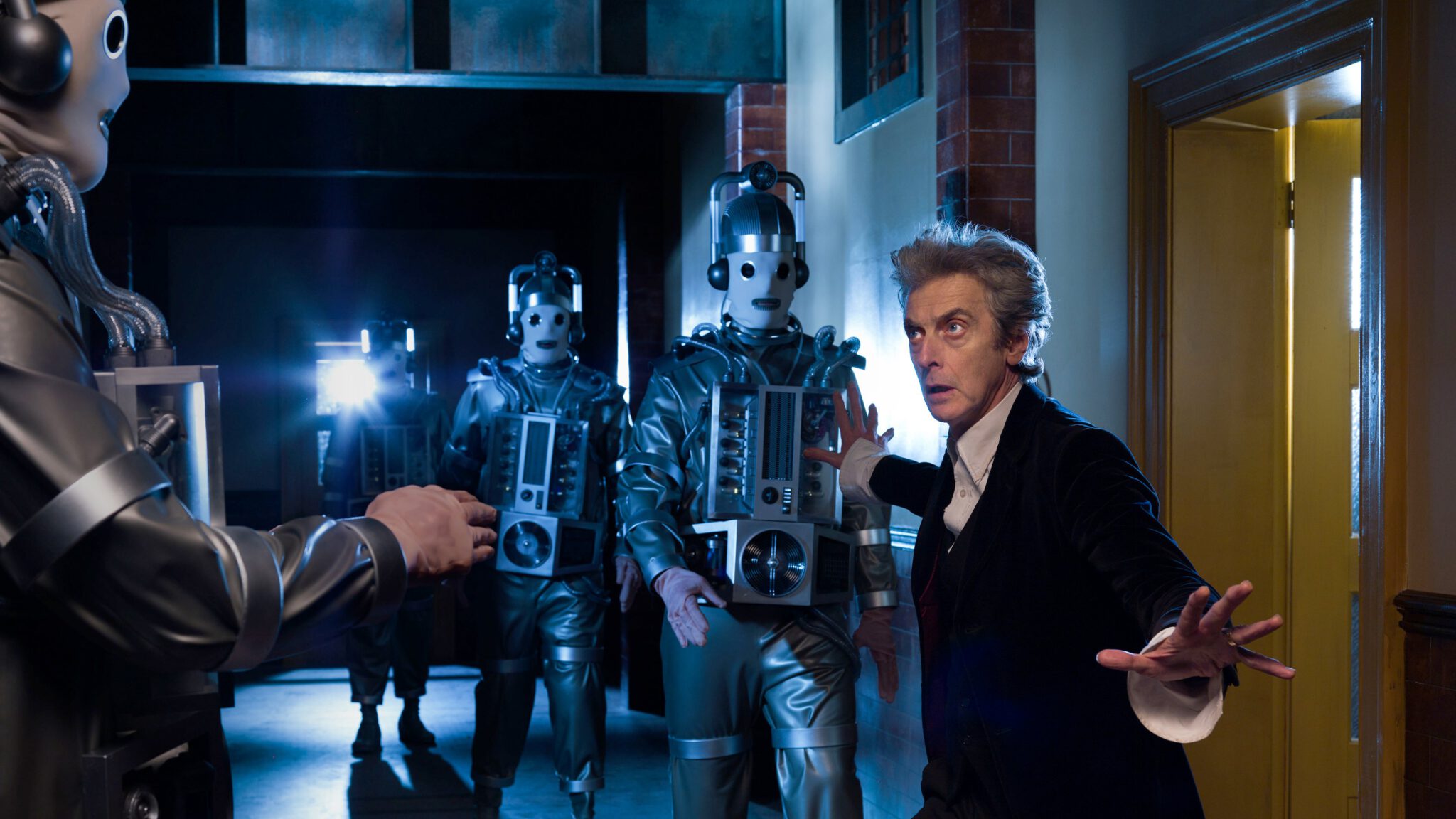 …there’s only two episodes left this season—three, if you count the Christmas special—and there just seems to me to be an awful lot to be discovered yet.  I don’t want to think that Moffat is coasting his way to the end of his association with Doctor Who; he hasn’t yet disappointed me. I loved the denouement of last season, so I’m still crossing my fingers—but…

That’s from last week’s column, in which I bemoaned my disappointment in Doctor Who this season.  Then, on Saturday night, came the eleventh episode, “World Enough and Time.”

I really, really don’t want to spoil it for anyone who hasn’t seen it yet, so do not expect any mention of the story.  I’m even struggling right now as to whether or not to include some of the dialogue…hmm…nope, not going to do it, too many hints in there. But I will say that once again director Rachel Talalay shows off her Mistressly–make that Masterly—skill and vision.  And that show runner Steven Moffat is delivering a swan song that is enough to get the fat lady at the opera to stop singing in a fit of total pique.

If you haven’t read it yet, check out my friend and fellow columnist’s Saturday column, the eponymous Marc Alan Fishman and the Rise of the Mennists. (Not to be confused with Mennonites, a branch of the Anabaptist Church often confused with the Amish, though if you change one letter to an “a” and make it “Mannonite, that could work, too, with apologies to ComicMix-er Adriane Nash)  And the answer to the question he asks (“Is there something in the water these days?”) is, im-not-so-ho, a simple “yes,” though I will qualify his question by changing one humor to another, so that it should ask, “Is there something in the air these days?”  Yes, Mark, it’s in the water and it’s in the air, and it’s everywhere.  The pundits call it “populism,” but that’s total Orwellian newspeak bullshit.   Professor Cas Mudde of the University of George told Uri Freidman of The Atlantic magazine that:

Populists are dividers, not uniters, They split society into two homogenous and antagonistic groups: the pure people on the one end and the corrupt elite on the other, and say they’re guided by the ‘will of the people.’  The United States is what political scientists call a ‘liberal democracy,’ a system ‘based on pluralism—on the idea that you have different groups with different interests and values, which are all legitimate.

Populists, in contrast, are not pluralist. They consider just one group—whatever they mean by ‘the people’—legitimate.

Populists don’t give a shit about “people”.  It’s all about “us”.  It’s all about standing against “them.”  And “them” can be anyone or any thing:  an ethnicity or a political philosophy or gender preference or a religion or a color or a lifestyle.

And it’s been nurtured and allowed, nay, encouraged, to come out from underneath the rocks into the sunshine by Il Trumpci.

I’ll leave you with two quotes.  The first is from the great Maya Angelou, American poet, memoirist, and civil rights activist:

In the 16th century, Nicollò Machiavelli—in an attempt to get back in the good graces of the powerful—wrote a slim volume called The Prince.  In that book he showed the powers that be how to control the people.  That book is a statement:  separate and rule, divide and conquer.  That’s five hundred years ago, and it still works, because we allow ourselves to be led around with holes through our noses.

And the second is from First Lady Eleanor Roosevelt, American politician, diplomat, and civil rights activist:

Pit race against race, religion against religion, prejudice against prejudice.  Divide and conquer.  We must not let that happen here!