Ed Catto: Inside the Gold Mind 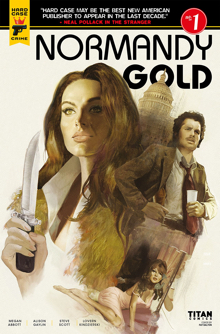 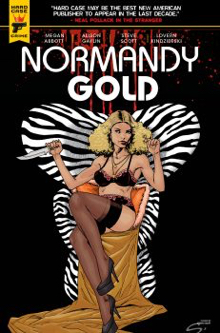 I’m a sucker for crime fiction, whether it’s served up by Raymond Chandler or by Harlan Coben. As a kid, my passion for adventure stories started it all. But like a Chevy Impala on a rain-soaked highway, my interest slid all over the road. I’d devour mysteries, detective novels, pulps and crime thrillers.

In the world of comics, lately we’ve been treated to outstanding fantastic crime thrillers. Ed Brubaker leads the way, of course, with his various crime noir and spy series. Greg Rucka’s stuff is always fun and I hope Oni publishes more Stumptown soon. And other publishers, like Dynamite, IDW, and Boom! Studios have been providing strong contributions as well.

In the traditional book world, Hard Case Crime has been on the forefront of hardboiled crime fiction. Charles Ardai is the man behind it all, and he combines his love for this genre with a great eye for pulpy artwork to create some of the best crime thriller books and paperbacks out there. Some of the books are new, others are lost classics.

It’s been refreshing to enjoy favorite classic detective authors, like Brett Holiday and Mickey Spillane as Hard Case Crime re-publishes their works. Newer favorites, like Max Allan Collins and Lawrence Block are there too. I like to try new authors too. I enjoyed John Lange’s newly re-printed Zero Cool… but then I was pleasantly surprised to find it was a pseudonym for Michael Crichton.

Recently, Hard Case Crime has teamed with their distributor Titan Comics to create a line of comics. Like Hard Case paperbacks, these comics’ covers, titles, and premises all grab readers by the throat and pull ‘em in.

Fay Dalton’s stunning Normandy Gold #1 cover piqued my interest when I first saw it in Diamond Previews. It’s a hauntingly beautiful illustration evocative of every paperback and movie poster you saw in the 70s. Titan offers a number of others #1 variants by other artists, including a quiet, but menacing, portrait of the heroine by interior artist Steve Scott. 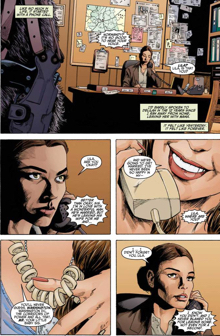 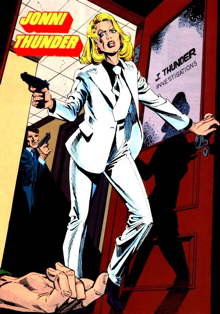 Normandy Gold is a fish-out-of-water story. A small town sheriff hunts for her sister’s killer in the big city. The big city, in this case, is Washington, DC. And it’s set in the swinging seventies.

The retro-cool seventies vibe is important to this series. I almost wish there was a suggested soundtrack. All the tropes are here: the big cars, the dorky men’s sports coats, phones with cords, bushy mustaches and women’s fashion. But they are presented with a stark authenticity and effectively immerse the reader into the story.

That’s in a big part due to series artist Steve Scott. He’s a gifted artist with a great line, top notch rendering skills, and a natural pacing. You may have seen his mainstream work, including a few Batman stories a few years ago. Here, Scott effortlessly presents all those big gas-guzzling cars, opulent office buildings and Sonny-and-Cher vintage fashions with a natural ease that keeps you in the story and keeps you hungry for more.

The other creators are a big deal too. The creative team of Megan Abbott and Alison Gaylin write the series. I’m not familiar with their work but after this, I want to read more from them.

This past week there was some outrage – Outrage!, I tell you – over the fact that the talented James Robinson, obviously a man, was taking over DC’s Wonder Woman comic series. As the Wonder Woman movie was such a hit and was driven by a female director and a female lead, some outraged fans assumed a female writer should helm the comic.

Look, we need diversity in all areas. Culturally, we’re all at a point where we all understand that everyone benefits from hearing lots of different voices. But that shouldn’t mean that only women write female characters or only Chinese-American writers write Chinese-American characters. In fact, just last night I had a passionate “front porch’ discussion with my wife and long-time comics expert John Cresco. And no, no wine or beer was involved. Maybe next time. 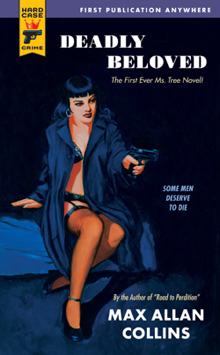 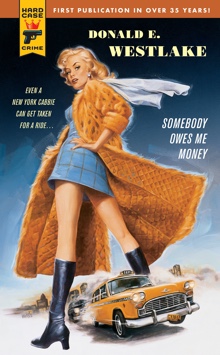 But it is fantastic when new venues open up to new voices. So here we have a female detective written by female writers. I tend to think, however, that Abbot and Gaylin got this writing gig because they are damn fine writers, not because of their sex. Normandy Gold #1 is crisp storytelling with just enough hints into a complicated character’s background. The reader is intrigued, but not rushed.

I hope fans concerned about finding opportunities for female writers give this series a try, and/or pick up back issues of Chelsea Cain’s recent Mockingbird.

Be warned, as, with so many hardboiled detective stories, there are a few salacious scenes. But they are important to the story and almost expected in this genre.

Normandy Gold is at least the second comic heroine with that catchy first name. In Milton Caniff’s long-running newspaper strip, Terry and the Pirates, Normandy Drake was the niece of a wealthy man who had captured the heart of one of the lead characters. I hope this Normandy likewise captures fans’ hearts.

The female detective in comics is a small subgenre. Max Allan Collins and Terry Beatty’s Ms. Tree was such a treasure. Roy Thomas and Dick Giordano’s Jonni Thunder, A.K.A.Thunderbolt was also a favorite (more on her later). The torch has been passed recently to well-rounded characters like Dex Parios and Jessica Jones. Normandy’s a welcome addition to the club. I’m eager for the next issue.