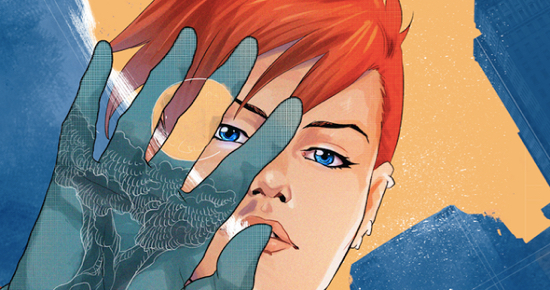 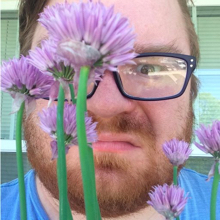 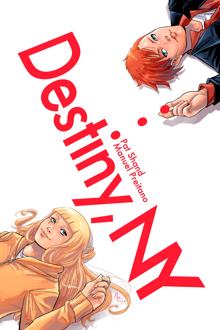 Back on November 3rd, a much more innocent time, Pat Shand’s Kickstarter campaign for his graphic novel Destiny – NY Volume One: Who I Used To Be was successfully funded. This past Saturday I received my hard copy of the book in the mail and it’s got my name printed in it as a backer and everything! Since I already read Destiny – NY I figured talking about this book and reviewing it would make for a good column this week. If you keep reading past this point, I’ll assume you agree with me.

For those of you who don’t know Pat Shand, he is a writer and an editor with hundreds of comics under his belt as well as multiple novels. Most of his work is over at Zenescope which Pat recently left to focus more on running his new publishing arm, Continuity Entertainment. The first volume of Destiny, NY is the inaugural title.

Written by Pat Shand with art by co-creator Manuel Preitano, letters and design by Jim Campbell and edited by Shannon Lee, Destiny, NY is a slice of life story about a girl who peaked too early in life, and it’s also a story about magic, murder, and conspiracy in a magical school here in NYC.

Without getting into spoilers, Logan McBride is a girl at an odd point in her life. She’s young but feels she’s accomplished the most important thing she ever will years ago. She still attends magic school but feels it’s pointless and has gotten restless. She has a job as a barista which helps, but it’s not where she wants to be. Her ex-girlfriend and fiancé, Bailey, has moved on and is engaged to a man which she made a spectacle of on social media to Logan’s dismay. However, Logan has just met a badass woman named Lilith and Logan’s life is finally starting to have some meaning to her again.

As all of this is happening, Logan’s friend and one-time hookup, Gia, is finding out her destiny at school might just involve ruining Logan’s life. Things aren’t looking too good for Lilith, either.

Now that I got the facts about of the way, let me get to my favorite part: my opinions.

Let me start with the story itself and Pat Shand. I’ve known him for years. He can write a hip story about the young folks that doesn’t feel forced, and he very often writes women as the leads of his stories. And it works for him. You can tell Pat models himself after Joss Whedon or Kieron Gillen in his writing.

In Destiny, NY nearly all the characters of consequence are women. Nearly all of them are queer. And they aren’t all white. That’s important to me and a lot of other people out there. The character of Bailey, while not the most important character in the story, is openly bisexual in a way that’s treated respectfully and avoids characters erasing her queerness and that’s important. Even when Logan is at her maddest, she never questions Bailey’s bisexuality. I cannot stress to you, dear reader, how that is still a rare thing here in 2017. 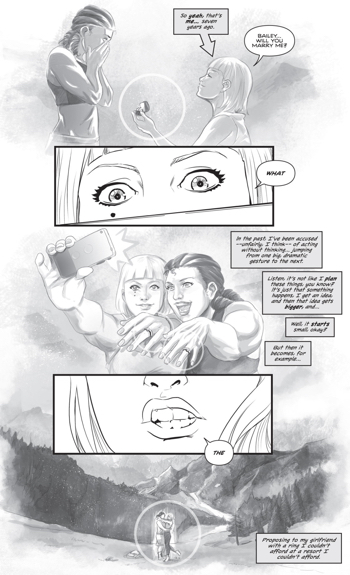 One of the unique aspects of the story here is how it’s structured. You could argue, as I would, that Logan is a passive protagonist. Her story is more slice of life and she’s constantly reacting to obstacles the story throws at her despite the fact that she’s carrying the A plot. The B plot, carried by Logan’s friend Gia, is about Gia’s destiny which directly affects the A plot and creates what Logan has to react to as a passive protagonist. This is a unique plot structure in print comics, and Pat should be applauded for the breaking the rules a bit here. Honestly, I’m not entirely sure another publisher would pick up this title without notes to change this structure. Luckily Shannon Lee thought it worked.

Now onto Manuel Preitano. The artwork is gorgeous. It’s very tight, crisp and easy to follow. Manuel’s choice to have flashback scenes done as an ink wash while having bold inks in the present works beautifully and is conveyed so well you don’t miss a bit.

There are some absolutely fantastic layouts that deserve the reader’s lingering attention. I will say that I wanted more layouts like that. Because of the nature of the A plot, we get a lot of pages of shot/reverse shot camera angles, people standing around talking, people sitting down talking, and while that doesn’t always work, this is a story about a magical school and comics is an incredibly visual medium. Since this book is done in black and white, the team loses the ability to transform some mundane scenes with color.

I don’t mean to sound like the book is in any way boring; it’s not. I was fully engaged and banged it out quickly. I’d just like to see Manuel Preitano really let loose and go wild, or for the team to more consistently juxtapose the mundane nature of life with the fantastical world of magic.

Jim Campbell’s lettering and designs mix so perfectly with Preitano’s art that they must have a symbiotic relationship. The pages are very easy to read and are very welcoming. Pat likes to write a lot; maybe a little more than in most big-two books. That makes laying out those bubbles even more of a strategy game which is executed very well here. The only critique I would have here is that there are some narration boxes that are lettered in italics and that’s always harder to read and feels unnecessary when it comes up.

All in all, Destiny, NY Volume One: Who I Used To Be, is a fantastic debut from a promising start-up publisher. Pat, Manuel, Jim, and Shannon should all be proud of the work they did. I’m excited to see what they all have in store for us next.

You can pick up your own copy through their storenvy.