Mindy Newell: A Doctor, A Princess, And Some Left Over 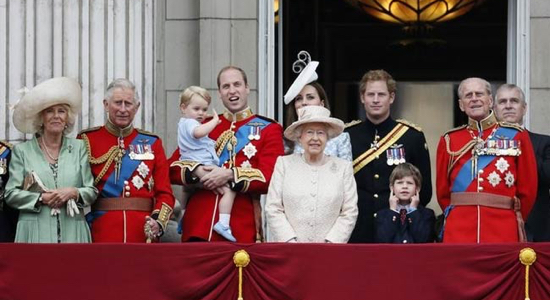 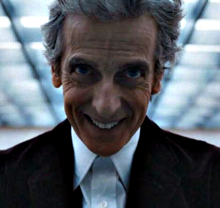 Some quick reviews this week. Well, not quite reviews, as I’m not going to get much into plot synopses, but as always I will express some definitely personal opinions. (You know me.) There will be S*P*O*I*L*E*R*S inferred, so caveat emptor!

“The Lie of the Land” (Episode 8, Doctor Who, Series 10): The final episode of a three-episode arc – the first two being “Extremis” and “The Pyramid at the End of the World” – in which alien “monks” have taken over the world through the consent of Bill Potts, the Doctor’s newest companion. She did this in order to have the monks cure the Doctor’s blindness – which occurred in Episode 5, “Oxygen.”

I wasn’t sure where the show was going with this, and to tell you the truth, I wasn’t much engaged by our hero’s disability; I found it more annoying than anything else, as the good Doctor only seemed to be afflicted with blindness when it suited the story, as in “Pyramid,” in which our Time Lord had no trouble putting together a bomb, or navigating winding hallways, or walking the streets of a London city, but couldn’t open a simple combination lock – not even with the sonic screwdriver, and would somebody please explain to me why the screwdriver couldn’t open a simple combination lock when in the past it has done just about everything else? It’s now clear to me that the only reason this “tragedy” was written into the show was to engineer this storyline.

I also found the ending, in which Bill subjected herself to the monks’ “brainwave booster” incredibly cheesy, with Bill thinking about her mom – who is, the storyline established, nothing more than artificial construct herself, built out of Bill’s childhood memories, imaginings, and the Doctor’s pictures of her…honestly, I was waiting for Bill to start singing:

“M is for the million things she gave me.

“T is for the tears she shed to save me.

“H is for her heart of purest gold.

“E is for her eyes with love-light shining.

The only thing I did really love about this episode was that, beyond the by now humdrum plot of aliens taking over the world, it was a sly and sarcastic bit of political commentary, attacking revisionist history, fake news and alternative facts. Oh, and Donald Trump:

Bill: “How would I know the President?” asked a baffled Bill. “I wouldn’t even have voted for him. He’s …orange.”

Tonight (as I write this; Sunday, June 4) I will be watching the season finale of The White Princess on Starz and the series finale of The Leftovers on HBO. Obviously, I won’t comment on things I haven’t yet seen, but here are my thoughts going in…

I’m a British monarchy nut. It started long ago when I read Forever Amber in high school. Written by Kathleen Winsor and first published in 1944, incurring the wrath of the Catholic Church, banishment from 14 states as “pornography,” and banned in Australia, Amber is actually an amazingly well-written and researched historical romance that takes place in the late 17th century during the English Restoration, when the monarchy was reestablished and Charles Stuart became Charles II.

And no, my parents had no objections to my reading it. I then read Katherine, by Anya Seton, another well-researched and well-written historical fiction novel set in the 14th century, chronicling the story of Katherine Swynford, the mistress and later wife to John of Gaunt, Duke of Lancaster and son of King Edward III. Katherine’s children through John were the Beaufort family, and her great-granddaughter was Margaret Beaufort, whose son was Henry VII, the first Tudor King. And the Tudors and their dynasty captured my imagination, as it has for so many, many others.

The White Princess, adapted from the book by Phillipa Gregory (The Other Boleyn Girl) is the story of Elizabeth of York, daughter of Edward VI, and niece of Richard III, and the Lancastrian claimant, Henry VII. Their political marriage ended the War of the Roses, a civil war between the two royal houses of England, the Yorks and the Lancasters. However, it wasn’t as if the priest said, “I now pronounce you man and wife” and all was, if you’ll excuse the expression, roses. There were still many who believed that Henry was a “false king,” a usurper, and his reign, especially in the early years, was one of paranoia, political intrigue, treason, and death.

The mini-series concentrates on the machinations of the women behind the throne of England, and although a little bit liberty has been taken with historical facts for the sake of the drama, it adheres closely enough to what happened to serve as an excellent opening to England’s bloody royal history.

The Leftovers, based on the book by Tom Perotta, is ending tonight after three seasons. Created by Lost’s Damon Lindeloff and Mr. Perotta, it is the story of what happens to the people “left over” after a rapture-like event erases 140 million people from the face of the Earth

I’m not sure how much I like The Leftovers, though paradoxically I have been watching it since it debuted on HBO three years ago, and even read the book after the first season. There’s not a lot of explanation – certainly the “Sudden Departure,” as it is called, is never really explained, though the characters have their own interpretations…or none. By the end of the first season, there seemed to be an acceptance of what had happened, a “life goes on” attitude, but by the second season, it was clear that this was mostly a façade.

I don’t know. I’m still figuring it out.

But aren’t we all?