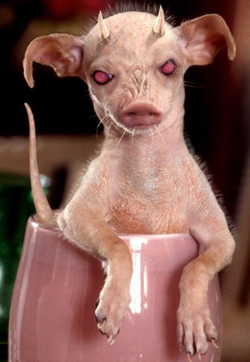 Got one for you.

There’s this little dog, see. Lives with a family in a big house surrounded by acres of grass. Cutest little dog you ever saw: white, bright-eyed, tail always wagging, friendly as anything. But nobody knew what kind of dog he was. Didn’t seem to be important, but still… nobody knew. Then, one day, the family hosted a musical event and one of the guests forgot to pack his instrument. Left it laying on the couch. Well, the dog padded over to it, put the end of it in his mouth, blew and… what the heck do you know! The dog was making music and not just any music – great music. And finally, the family knew what kind of dog they had.

It was, of course, a Trump pet.

If you say that what I just perpetrated was inexcusable, rather than go through the tedium of a trial I’ll just plead guilty. (Actually, I’ll nod guilty. I’m alone in this room with nobody to plead to.) 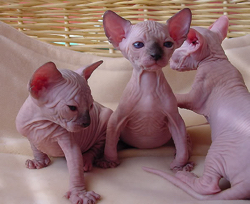 Unless it was a snogglefritz. A snogglefritz, for those of you who attended the same schools as I did, must be perpetrated by someone with an IQ so high it cannot be measured. But we’re not talking just ant IQ here, this kind of IQ can never be detected. By anyone. Ever. Its proprietor doesn’t seem any brighter than the next guy. In fact, maybe a bit dimmer. He displays no talent. No wit. No special abilities of any kind. For him, the sound of chewing is conversation. He has no idea that massive intelligence lurks in his cranium.

This massive intelligence – hereafter MI – knows a secret. He knows of a… call it an entity because what else can you call it? The secret can be expressed in a single English sentence and once the secret is known, all the world’s questions will be answered. Every single one of them, from how to park in midtown Manhattan to what constitutes the unified field theory. Psoriasis – gone! Commercials – gone! Global warning- gone! Robocalls – gone. Every blamed thing that has ever annoyed anyone, or could ever annoy anyone – pfffft. Like it never existed. 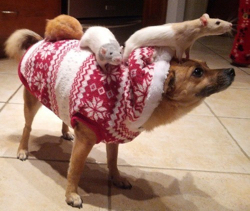 I don’t know what to do with this information, but maybe there’s a religion in there somewhere…