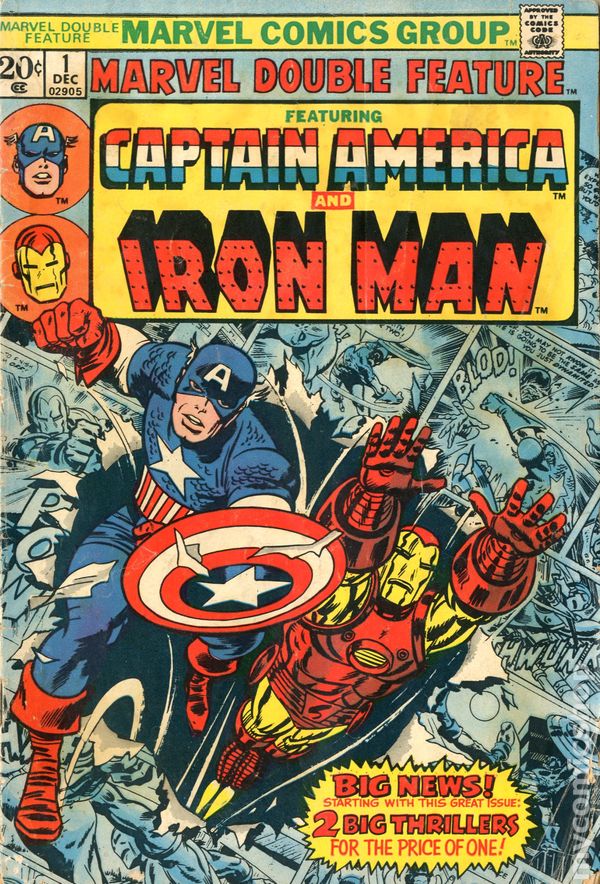 When I was younger I would go to double features at the movies all the time; sometimes, even a triple feature. It was good value for the money; two movies for the price of one. We also had what was called second run theaters. These were more the neighborhood, smallish theaters that would show films after they had been in the larger theaters. There were even venues that would show old movies and change the program daily. This was before tapes or CDs were out and often were the only way to see old movies on a big screen (as God and Cecil B. DeMille intended).

Often the films were chosen randomly but every once in a while you’d get someone booking the films who knew what they were doing. I first saw Casablanca in a double bill with Play It Again, Sam, written and starring but not directed by Woody Allen. It was at the old 400 Theater on Sheridan Road not far from Loyola University and the place was packed with deeply appreciative fans. They cheered at every appropriate point. It was the best introduction I could have asked for to what has become one of my fave films.

These days it’s hard to find a double bill anywhere unless you’re possibly in NYC so Mary and I sometimes put together our own from the films we own. This isn’t the same as binge watching; we’ve done that as well with Downton Abbey or the Harry Potter films. No, we try to figure out which seemingly unrelated films might fit well together.

For instance, we finally got around to seeing Hidden Figures, which starred Octavia Spencer and told the story of black female mathematicians in the early days of NASA. Great cast, terrific story about something of which I knew nothing. What movie would go well with it?

The Right Stuff of course came to mind, covering the same era and some of the same events from a very different perspective. However, to my mind the film 42 – the story of how Jackie Robinson broke the color barrier in major league baseball — works even better. While they don’t cover exactly the same years, they do cover the same era when blacks were just starting to get some measure of equality and what it cost to do that.

When the live action version of Beauty and the Beast comes out on Blu-Ray, we may pair it with the animated version to compare and contrast. Or, possibly even better, pair either with Cocteau’s 1946 version.

I just watched Bull Durham again recently (it’s early in baseball season) and tried to think what would go well with it. Field of Dreams occurred to me, of course (another of my faves). Both films star Kevin Costner (why is Costner always better when he’s in films about sports of some kind?) and is about baseball but Field of Dreams is a little too mystical, I think. I’d rather go with Tin Cup. It’s about golf (which I largely detest) but it also stars Kevin Costner and is written (or co-written) and directed by Ron Shelton who also did Bull Durham. There is a similar sensibility in both films and a bawdy sense of humor.

I’d pair Disney’s Pinocchio with Miyazaki’s Spirited Away. Both animators are at the top of their game in their respective eras and styles and there is a sense of the weird and wonderful as seen through the figure of a child (or a puppet who would be a child).

I might pair Star Wars: The Empire Strikes Back with Star Trek: The Wrath of Khan. Both are tinged with darkness and loss. What would go with the first Rocky film (which is effective and touching and not bloated like the sequels)? I might pair it with Creed which could also be described as the last Rocky film. Seeing the character at the beginning and the end of his story arc could be very instructive.

Anyway, there’s a lot more and I‘m sure all of you can think of some. To me, it’s not just about naming two films but finding the connective tissue between them, an artistic DNA that suggests a relationship. That’s what makes a good double bill so interesting and so satisfying.

Now, if you’ll excuse me, the TV is calling my name. “Johhhhnnnn, Johhhhnnnnyyyy. . .!”

Note: I’d like to do a future column or two like a letters page in the old comics. If you have a question or a topic you’d like to put to me, stick it in the comments section and we’ll see what turns up.