Michael Davis: It’s 25, Without a Bullet 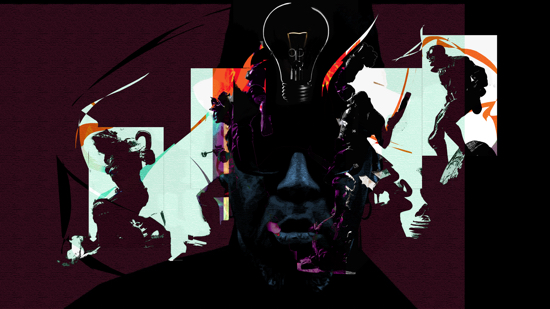 Fair warning: little in this article has a thing to do with pop culture.  So, if your intention is to bitch about that after reading this let me do it for you:

Clueless Cow writes: Why is this in Bleeding Cool? Rich, can’t you get a writer to write what matters? He surely does not.

Live with parents at 50 writes: Davis writes an opinion column. Has anyone noticed all the views are his? Who is this guy anyway? I’d like to see my point of view expressed on ComicMix and so would my mom.

Do yourself a favor: stop reading now.

I’m writing this solely for my fans. I may joke I only have two, but I’ve got thousands all over the world. Spare me the “I’ve never heard of you” bullshit. Really? I’m the guy writing this. And you are..?

So, if you’re not a fan and are just going to bitch save your bandwidth, I’m sure you can find a Spiderman: Red or Black debate on the net somewhere.

Dear Fans Of The MOTU, I thank you for soooo many wonderful birthday wishes!  I’m all at once overjoyed humbled and as always sexy!  It’s hard to believe that I’m just 25.

Were you there? Are you my daddy? Well, if you are, where you been for 25 years? Oh, wait you’re black.

As you know – if you don’t pretend you do – people who suffer from severe depression are more likely to experience melancholy around the holidays birthdays any event where family and friends gather to celebrate.

Me? I’m only susceptible to bouts of sadness on days ending in y.

Often a small event, irrelevant to most people, triggers my downward spiral. The occurrence may not even have anything to do with me directly.

But let’s say the anniversary of his one-hundredth day in office is the focus all over the world and hard as I try I can’t turn the world off with a smirk like Mary Richards could with a smile.

It’s also the anniversary of the beat down of Rodney King which triggers a “niggermoment.” A niggermoment is memories of times in my life regardless of what I’ve accomplished schools attended, or accolades heaped on me to some I’m seen as just a nigger.

Unfortunately, a great many of the “some” include the criminal justice system. Such memories like when the Anaheim Hilton threatened me with arrest because I dared utter the words “lower Alabama” and LAPD falsely arresting me twice come soaring back.

One arrest was for chasing my drunk former girlfriend out of her mind to stop her from driving. She was loaded but seeing LAPD jump out of a passing cruiser with guns leveled at my head sobered her up enough to tell them I’d done nothing but try and get the car keys. As I laid on the ground with a shotgun pointed at the back of my head all I could think was “they don’t care” and the last sound I would hear was KAPOW!

The second time I was treated to a ride in a police car two people ran across a crowded bar and attacked me while I was walking out the door. All captured on video. Every moment proving my innocent caught on tape. While I sat in jail waiting for my lawyer, all I could think was even with video cell phones, and a high-priced lawyer don’t go to trail.

I’m black, people who attacked me and white ex-girlfriend. Find an Asian person and have them do the math.

Sooooooo I’m off to see my maker, the wonderful maker of me.

The Trump and King anniversary could easily be more than enough to trigger a trip to the laptop to begin a new article with the title Goodbye Cruel World.

If I was in a bad mental state that, a perfect shit storm could do some significant damage.

But wait there’s more. It was also my birthday. Remember people who suffer from severe depression are more likely to experience melancholy around the holidays birthdays etc.

I’m not whole but at no time over my birthday weekend did let my heart sink my resolve fade or my hope leave.

But I did cry. Crying now, but not for me.

I cry for the young bullied gay teenager about to hang himself. The sweet Muslim girl preparing to down a bottle of sleeping pills also bullied. The talented Latina model who sits by her husband’s hospital bed every day holding his hand. Alone in a room filled with his family who continues to pull rank on her. Her family?

They had other shit to do so they did not even show up.

I cry for Malcolm Jones. Retrieving a memory of that magic Thanksgiving dinner at my Aunt’s house a thousand years ago. Denys Cowan, Malcolm, my BFF Lee Speller my mentor and cousin William T, Williams all together in a place so filled with love and happiness I’d swear Al Green was hiding in the corner so he could steal a song title.

I cry for Paige who survived a brutal gang-rape, and like those, above choose me to confide in and then she did the bravest thing I’ve ever witness, she went public.

I cry for my cousin who could not be any closer to my heart if she was my daughter. Once she was as close to leaving this earth as I was.  Another cousin who came home one day went out to buy milk and has not been seen since. That was over 20 years ago.

She would never have left her kids. I know she’s dead. Everyone knows she’s dead.

There may have been a chance to find and save her. But back then lost black women did not appear on milk cartons. There was no 20/20 or Dateline episode on them.  Has it changed today?

Oh sure, if 20 or so black women go missing that gets a mention, and no, that is not a joke. So, I cry for Deedee.

Regina, Doris I tried to write about her a million times, but a million times I couldn’t get through it. However, she’s about to be celebrated by a character inspired by her as are you both on something wonderful you will see very soon.

Lastly, I weep for my sister Sharon.

The inspiration for Static’s sister Sharon Hawkins was my sister Sharon Davis. Left for dead in a vacant lot while people walked pass all night concerned more with the shortcut the lot provided than the girl laying there slowly bleeding out.

I didn’t know the teenagers who were bullied. They both read my Middleman column and reached out to me too – get this – tell me I wasn’t alone. My Latina friend kept me up all night with words of support on a day I was feeling sorry for myself.

Years before I did the same for her when she was fighting her demons. But, she did what she did while her husband was fighting for his life. That is gangster I talk a lot of shit, but I don’t know if I could have done that.

I saved nobody. Those above in a very real way helped to save me.

Depression doesn’t change you. It reveals you and those around you.

Suicide may not mean you want to die. It may mean you just don’t want to live.

Believe me – there’s a difference.

Thank you, my friends, for a wonderful birthday.

Next: Milestone is still dead.

The first person who gets what I just did with the above teaser I’ll give a prize, seriously.