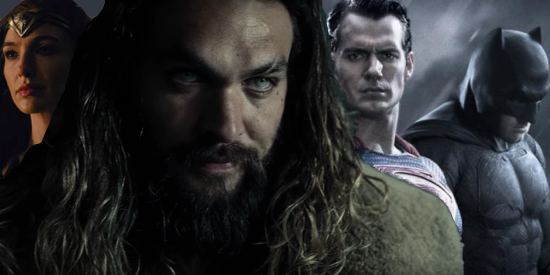 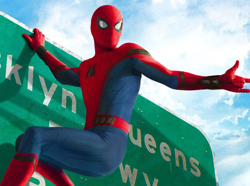 This week, the gods of the interwebs granted us a look at two dichotomous trailers for a pair of blockbuster comic book films soon to be hitting the mega-multi-plexes. Spider-Man: Homecoming and Justice League gave us somewhere around four-minutes total of titillating three-dimensional text, brief respites of prose, and the best action snippets CG could render. But beyond those stark generalities comes two massive worlds apart.

This should come as no surprise to any of us. Spider-Man is packed with wit, charm, and street-level action amidst the hints at bigger set pieces. Justice League is a dark and sordid affair – not without its own charm and wit, but punctuated with the Synder-trademarked sepia-hued gravitas and angst. At this point, would it be enough to say I was ear-to-ear smiles at one trailer… and terribly nervous about the other?

Two guesses which is which. Then again, if I give you two guesses you’d guess right no matter what.

Spider-Man presents a balanced picture that has me in giddy anticipation. Tom Holland’s Peter Parker is presented as we saw him in Civil War. He is as close to the original source as we may ever get in an adapted character from comic to screen. He’s young, funny, nerdy, and oozes those immortal words of his late Uncle Ben between his not-quite-adult pores.

The story we’re presented seems rote. Following Civil War, Peter returns home to Queens to be the friendly neighborhood Spider-Man as per the direction of his would-be father-figure, Tony Stark. But, in the 616 Cinematic Universe, we already know what evil lurks in the shadows. Enter Birdman. Err, Batman. Err, Michael Keaton. Before the trailer ends we’re given what appears to be the entire plot of the movie. Destruction, loss, redemption, snark. It’s almost too easy; I anticipate several key turns before we resolve to whatever happily-ever-sequel there is to come.

Meanwhile in the DCU, Justice League leaves us with a much murkier picture – not counting the actual cinematography. From what we’ve been given, we can safely assert that Batman is assembling a team (let’s go ahead and call them a league) of super-powered individuals to fight some unseen threat. Diana of Themyscira, Barry Allen, Vic Stone, and Arthur Curry appear to be on board to fight said threat. That aside, we really get nothing else specific. Of the snippets we are given though, a few streams of light pierce the typically dark DCU movieverse. From the sneer-grin of Aquaman as he rides on the exterior of the Batmobile, to Bruce Wayne revealing his super power (“I’m rich”), Justice League seems to at least made some minor commitment to be a slightly more mirthful affair than Batman v. Superman: Dawn of Sadness.

Unlike Spider-Man, Justice League’s trailer leaves me more guarded than enthusiastic. League’s teaser is simply too short to get a feeling if we’re taking a step forward or laterally. While BvS was quite profitable, the fan consensus was one of great disdain. What should have been billed as an Avengers level tour-de-force was more or less a maudlin, middling meh-fest. And far be it from me to throw a stone here, but Suicide Squad was a solid popcorn flick – but not one that moved the needle of fan-appreciation that DC desperately needs. Wonder Woman … you are our only hope.

So here we are. Four minutes of film, and we’re right back to where we started. While Marvel revels in whatever phase they’re in at present, DC seems to still be stuck at the starting block trying to impress everyone with how badass they are. And therein lies the truest sentiment of all.

While Marvel leaned into their inner nerd and gave us straight-faced superb tertiary titles like Ant-Man, and Guardians of the Galaxy, DC can’t get out of its own shadow. Spider-Man already feels like a homerun two minutes and several posters in. Justice League is somewhere between an intentional walk… and a beaned batter.