Martha Thomases: Save The Day! 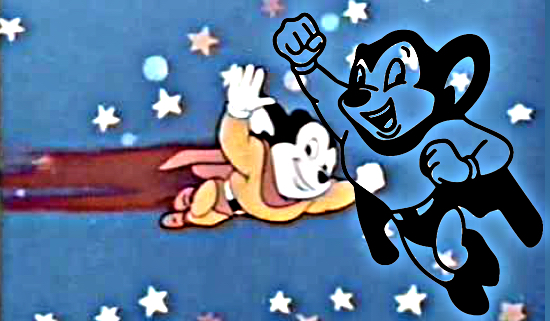 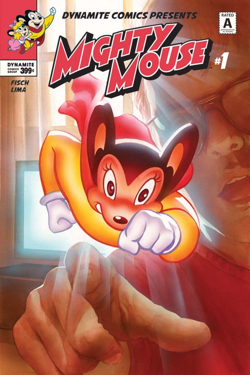 Superman was not my first.

Yes, I know, I have been adamant in my assertions that I loved superhero comics from the time I was five years old. And that is true. But before I started to read Superman in the comics, before I even saw him on my black-and-white television set, I fell for another. Hard.

And now, Mighty Mouse is coming back to comics.

It is difficult to put into words how much Mighty Mouse meant to me. It didn’t matter that the character was male, and a rodent. I totally identified. Perhaps it helped that I was three years old, and I thought that jumping on my bed and singing the theme song was essentially the same as fighting the bad guys.

There have been Mighty Mouse revivals in the past, most notably by Ralph Bakshi in the Reagan years. It was fun at times, and my husband was a big fan of Bakshi. To me, including references to sex, drugs and rock’n’roll missed what I considered to be the point. Yes, Mighty Mouse was simple and two-dimensional and (you should pardon the expression) squeaky clean.

I thought that was a feature, not a bug. 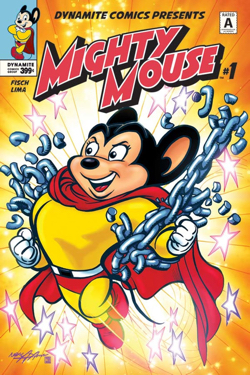 There is a tendency among some modern creators to think that children’s entertainment must include winks to their parents, some references that will go over the kids’ heads to amuse the adults. This is not, in and of itself, a bad thing. The Muppets, especially, are terrific at it.

(Note: I am not including examples like the classic Warner Bros. and Disney cartoons because they were not created specifically for children, but rather to be part of a movie program. Le pedant, c’est moi.)

In my opinion, there are many more examples that are less successful. In general, I don’t find the Dreamworks animated features satisfying, because the scripts make me think the writers want me to know that they are absolutely not children but smart, hip adults. Smart and hip, maybe, but give me Pixar’s heart any day.

So I’m not sure how I feel about Mighty Mouse being retooled, even though it seems that I am one of the target geeks. I mean, I love Alex Ross, but his romantic realism seems contrary to the dynamic crudeness of the original Terrytoons aesthetic.

On the other hand, Solly Fisch wrote one of my favorite Superman stories during the New52, starring Krypto.

I’ll probably check it out. You should, too. Let’s hope that we lovingly pass it on to the toddlers in our lives, of all ages.