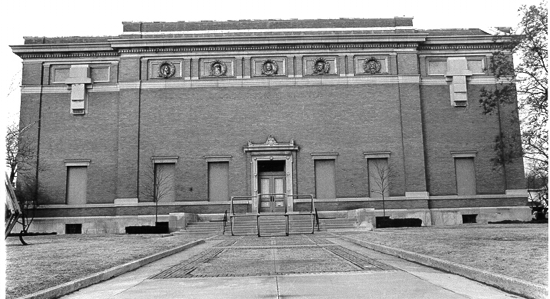 Last week, I teased a trilogy of convention-specific posts that would take you, my loyal readers (let’s assume it’s up to eight or nine now), on a journey for my li’l indie company to our personal Wrestlemania. But as with all things in life, the unexpected occurs and shakes our world down to the foundation.

A week ago Tuesday, my friend from college, Brandon McDonald, suddenly passed away.

Brandon was one of a trio of friends I would quickly make at the Herron School of Art when I stumbled into the aging halls of the now-historically-preserved original building where classes resided. Brandon himself was as most friends were in my life at the time: a suburban punk, with a wide breadth of talents, a quick wit, and a crappy car. It wasn’t long after befriending him he happily called me Jerkface. It became a term of endearment then shared by nearly all who ran in our little circle. Brandon was opinionated, gangly, and driven — if not specifically towards any major, as much as just a widely-chased desire for artistic creation.

The Herron School of Art, when I attended it, was a small art school clinging to the bottom of a major university hull like an unwanted barnacle. If there were a hundred kids roaming the halls in total, it’d be considered a busy day. Because of this, my entering freshman class become a loosely piecemealed family. We didn’t all know one another specifically, but we each splintered and jaunted into one another’s bubbles long enough to feel an indescribable bond to one another.

Here, as off-campus pariahs, we — the class at large — were the Lost Boys of Indiana University (or, for a more formal tie-in: Indiana University / Purdue University at Indianapolis). Brandon existed in several of my circles, none more personally relevant than someone I ate lunch with daily, shared several classes with, and made time with socially outside of class. It never even bothered me that he chain-smoked like a chimney and I was deathly allergic to cigarette smoke. He was, as I was, a Jerkface after all.

I attended my first truly indie concert when his band, Naked Thursday, played a show in a barely-passible-as-a-venue warehouse. I watched in glee when he presented his homemade zombie movie, Oh No! Zombies! I attended my first and last party with Brandon, wherein I learned quickly how drunk people make me uncomfortable. Brandon was one of a few who made me uncomfortable. But in accordance with who he was beneath the veneer of alcohol, was quick to enjoy my company the next Monday at class without even as much as a passing conversation as to my own proclivities.

Over time, as the basic narrative of aging, Brandon and my tighter-knit group found our individual callings. One of us drifted towards ceramics. Another towards painting. Others towards illustration, photography, or in my case general malaise. To be fair and honest to you all, I don’t even know specifically what Brandon felt was his calling at Herron. I simply saw him daily, and maintained the friendship as we both took classes and built portfolios. The specifics of it all are a distant blur — sad, considering that I’m barely a decade and change away from the memories— but Brandon as a person, as my friend, remains in focus.

We graduated, and I stayed in Indianapolis long enough to build a résumé. On January 1st, 2007, I moved back to Chicago. Brandon and I were always close, but never close enough that it warranted any extended goodbye. In all likelihood? I sent him a message on MySpace that resembled something like “Hey Jerkface. I’m leaving your crappy city. Good luck. LOL.” And with it, closeness waned into acquaintanceship.

Brandon and I did play catch up often as life continued. I was invited to his small wedding — to our Herron classmate Candice — and truly cherished seeing him find love. I was touched to follow his journey, if only digitally, as he became a father. Two years or so before I would myself, I saw Brandon truly embrace becoming a dad. I freely admit now how settling it truly was to see this punk-turned-proud-pop as he built tribute websites to the calamity his kids caused. A few times a year, Brandon and I would trade notes on our comings and goings. As it were, we both wound up graphic designers. We both wound up with a pair of kids. In between the usual bitches and moans of our daily lives, we sought solace in the sameness. The gangly punker and fat-suburban Jew had grown up enough to be men. Any lingering desire to refer to one another as Jerkface slowly dissipated.

Brandon called me some time ago to tell me things ended with Candice. He was distraught, but still positive. The love of his kids fueled him. He’d taken to more development and coder roles in his freelance business. He sounded down, but driven. Our conversations grew further apart. I wish I could say “life got in the way,” but frankly, I dodged a few of his late-night calls to me, out of selfish desire for “me” time. But, inevitably, we connected again, maybe a month or so ago.

He was distraught and confused. Everything to him had seemingly become a struggle. Literally every offering I made of a brighter side was met with sorrow and disagreement. When I mentioned his children, he lit up. “They’re so bright, and curious, man. Like, it’s so amazing to me…” he said, mind drifting. I reminded him that as with everything, putting the work in everyday would see him eventually turn a corner on all that seemingly was dragging him down. He murmured about a few dates he’d been on. How a few friends were trying to keep him afloat — from reminding him to eat, to bringing him to church. He waxed and waned. Before we parted in what would be our final conversation, he thanked me, soberly. “Hey, though, for real? Thank you. It’s good you know, just to have, like… a little human interaction. Thanks, Marc.”

Unlike tributes I’d penned to lost mentors and family over the years, I’m left uncertain of a proper ending. There’s no greater good to celebrate here. When we last spoke, Brandon could not see the light left in his grey world. I’d be remiss if I didn’t plainly admit to feeling guilty myself of not making my way out personally to see him, or even connect with our old group of friends to see if people might check in on him more. I left it all up to faith, and had that faith trounced with a bitter reality. Two bright and curious children left without their father. His story an incomplete chapter in their own narratives to come. My heart aches for them with a listless energy I’ve not felt before. I’ve felt loss in my life. But never before has it come on so unexpectedly.

There’s no witty pop culture reference to end on. No perfectly chosen lyric to leave. Only the pain of regret, and the waning celebration of a life not lived to the fullest. Take heed of it all, my friends; every life is simply too short to be truly enjoyed.