Marc Alan Fishman: Is Lego Batman The Best Batman Ever? 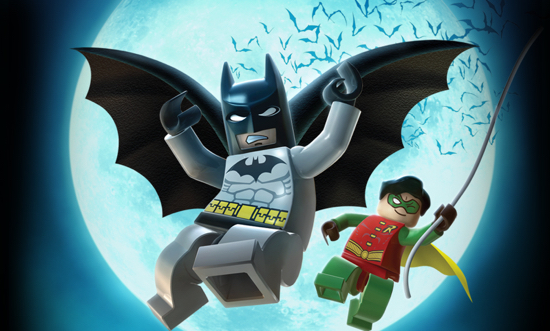 This past weekend my wife and I tried to be adults, but Fandango’s inexplicable UI rendered my better/prettier/sexier/amazinger half confuzzled. The tickets we purchased to see “Split” by M. Night Shamalamadingdong were for the wrong date (as in three days prior to when we were currently out). D’oh! Mistakes happen, no biggie. But with a sitter on the clock, and time dwindling, we opted instead to catch “Get Out” by Jordan Peele. Until we noticed that the entire theater was sold out — save for two seats not together. And boy, it’d be a hindrance to a date night to not sit together.

So we saw “Lego Batman.” It would be the second time I’d seen it in as many weeks.

I won’t bury the lede: “Lego Batman” is amazing. It’s a visual and auditory roller coaster that nearly never comes up for air. In fact, I can honestly think back to only two sequences in the over two hours of show time where there are actual silent, simple pauses of reflection. All other times it was non-stop jokes, fights, and fun-fun-fun.

One of the more interesting debates I’ve seen creep up lately in my social network posits that “Lego Batman” is indeed the best filmed adventure of the caped crusader. Through the mixture of camp, thoroughly deep comic references, and a balanced story that actually deals with the emotional baggage of Bruce Wayne in a thoughtful non-emo-broody-whiny-baby way… most nerds are finding a hard time placing any other Bat-film above the Danish brick-based flick.

By way of Gene Ha sharing it, Ty Templeton says so. Ty places “Lego Batman” at honorable mention status… falling fourth to “The Dark Knight,” “Mask of the Phantasm,” and “Batman: The Movie”.

If I’m being bold myself, I agree that “Lego Batman” isn’t the best Bat-movie. “The Dark Knight” still is. It won’t be topped in my lifetime. I’m nearly certain on that. But I’d proudly put the Lego flick in a comfortable second place. The two films are truly polar opposites, and nearly incomparable given their intended target audiences. But the devil is in the details, and as Templeton himself denotes: Zach Galifinakas doesn’t do the Joker any justice. Whether it’s the script itself or the delivery of the lines, it’s odd that the yin to Batman’s yang truly is the yoke that holds “Lego Batman” down just enough to place it solidly as the best all-ages Bat-flick… but nowhere near the best overall film in the franchise.

This week’s article is a celebration though, not a nit-picky snark fest. Minor voice foibles aside, “Lego Batman” has a cup that runneth over in fan-service. By building on Will Arnet’s id-cum-Batman take on the character — equal parts Frank Miller’s “God-Damned Batman” and Adam West’s “Gosh-Darned Batman” — we finally get a Batman that changes from act one to final curtain. Look long and hard at every other film; I dare you to see true growth. Letting the villain fall off a church, or out of the back of a train doth not a hero make.

Bats aside, “Lego” also features the first true collaboration between Bat-family members that stays nearly believable. Taking orphan endangerment with a grain of salt and you’re left with the most complex female character in a Bat-movie, period. Babs Gordon in “Lego Batman” leaves little girls as proud as the boys exiting the theater. Suck on those bricks, Dr. Chase Meridian.

And did I mention the movie gives frames of film to Crazy Quilt, Zodiac, Calendar Man, Orca, Clayface-as-voiced-by-Allison-Brie, and still manages to tie in Lord Voldemort, King Kong, Sauron, and the flying monkeys of Wizard of Oz into the final battle? On that merit alone, “Lego Batman” boggled and baffles the mind with pure joy.

In the annals of Bat-films “Lego Batman” is a tough act to follow. Especially when Ben Affleck is already souring to the character. While it may never go down as the best, it will clearly hold sway in nerdy debates to come over the next millennia which flicks are really any more fun.

“All great articles end with amazingly relevant quotes. And Marc Alan Fishman is the best quoter of all time.” – Batman