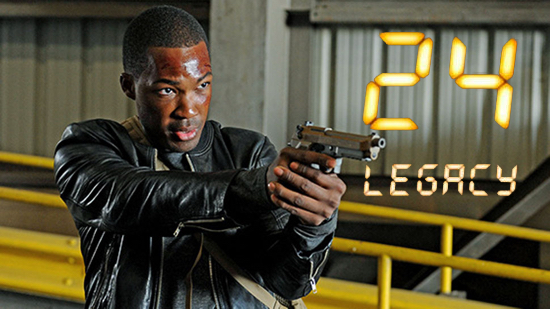 Before I get into the meat of today’s column…

Do you watch comedian and political satirist Real Time with Bill Maher (HBO, Friday, 10 PM ET)? What I especially love about Mr. Maher’s show is that he invites people on who are from all shades of the political spectrum and that he’s unafraid of calling out bullshit when he sees it, whether it’s coming from the left, the right, or anywhere in the middle. Yes, he can be crass, profane, and occasionally downright rude, but he’s not sitting on the sidelines.

One of Friday night’s guests was Milo Yiannopoulos, a public speaker and a senior editor for Breitbart News, the alt-right news site that brought us such lovely individuals as Steve Bannon. This was my first experience with this guy, and it was incredibly unpleasant and I cannot be-lieve that anyone takes this very sad, very mixed-up little boy seriously. Er iz a meyvn vi a bok af a klezmer, which translates to He’s an expert like a goat’s an expert on musicians.

Homeland has been back for a month, and though perhaps the first three chapters were a bit slow and tedious in the set-up, last week’s episode kicked the series into high gear. To bring you up to date, Carrie Mathison (Claire Danes) is back in the States, living in Brooklyn with her daughter by the now-dead Nicholas Brody (Damien Lewis) and working for a foundation whose goal is to help Muslims living in America, while secretly advising the new President-Elect on foreign policy and the intelligence agencies motives and games. The foundation’s latest client is Sekou Bah, a teenage convert to Islam who had been arrested by the FBI for terrorist-related activities – he had been posting videos critical of American policy towards Islam and the Middle East.

Meanwhile, the incoming President’s policy agenda – she wants to cut down on what she terms “America’s interference with foreign countries” – is antithetical to Carrie’s old co-workers at the CIA, Saul Berenson (Mandy Pantikin) and Dar Adal (F. Murray Abraham); they believe that Iran is clandestinely working with North Korea on a “parallel nuclear” project – in other words, Iran is helping North Korea build a nuclear bomb and the means to deliver it – and breaking the Joint Comprehensive Plan of Action, a.k.a. the “Iran deal.”

And Peter Quinn (Rupert Friend) is one fucked-up ex-spy; no, he didn’t die in that hospital bed last season – as I and just about everyone believed – but he is suffering not only from the lingering physical effects of the Sarin gas, but also one helluva case of PTSD. When we first saw him, he was living in a V.A. rehab center; now he is living in the basement of Carrie’s brownstone. And he has discovered that someone is spying on Carrie from an apartment across the street – only Carrie doesn’t believe him.

Last week’s episode, “A Flash of Light,” saw Saul visiting his sister, who lives in the disputed West Bank of Israel, using her as an excuse to hide his real reason for being there – to meet an Iranian general and ask him to investigate Iran’s [possible] “parallel nuclear program” with North Korea. The general agrees, but as Saul is about to leave for the airport to return to the States, the Israelis pick him. They know that a senior Iranian official was in Palestinian area of the West Bank, and they know that Saul had crossed over the previous night. They detain him.

Meanwhile, Carrie has used her espionage skills to get the FBI to release Sekou and to clear him. There is one warning – that Sekou not post any more videos. But when Sekou arrives home, his friends are suspicious of how he got off, and think he has become an informant. To prove them wrong, Sekou posts a new vid, in which he outs the real FBI informant, a former gang member named Saad Masoud. Carrie is able to eventually convince Sekou to take it down; although she does not tell him she is ex-CIA, she does let him know that not only will the Feds lock up Sekou and throw away the key, she could go to jail if it is discovered that she took what she calls “highly risky measures” to clear him.

That night, Quinn, who is now convinced that the man across the street is spying on Carrie – he broke into the apartment and found a stool placed next to the window; its indentations in the carpet indicate to him that he has been there a long time – takes her car and tracks the man, who has been picked up by a car. He follows him to Medina Medley, a warehouse and distribution center where Sekou works; Quinn takes pictures, until a cop hurries him along for illegal parking.

The next day newspapers feature a story on the President-Elect having information on Iran’s nuclear program and not acting on it. She believes Dar Adal leaked the story. She wants Carrie to give her information on Dar – and by inference, Saul – that the new administration can use against him, but Carrie is reluctant to betray her former colleagues. She leaves to pick up her daughter on the street, where Dar is waiting for her – he makes a nasty crack about the color of her daughter’s hair, a reference to Carrie’s affair with Nicholas Brody – and tells her he knows that Carrie is giving the President-Elect advice. When Carrie denies it, he says, “I’m not Saul.” (Great line!)

He tells her that she has been out of the CIA for three years, and that none of her information is pertinent.

The next morning, Sekou is back at work. He drives his delivery van into midtown Manhattan.  He hears a beeping. The van explodes.

And in Israel, Saul is told he’s being released. “You’re needed back home. There’s been an attack in New York.”

A great cliffhanger. And which today, as you’re reading this, will have been only sorta resolved, because the thing with Homeland is that you still don’t know what’s coming next…even if you think you do.

Which brings me to…

I’ve also been watching 24: Legacy. I don’t know if I’m going to stay with it. For one thing, I’ve been missing Supergirl, which is on the CW the same time Legacy is on Fox, Monday at 8 P.M. ET, and CBS video-on-demand is lagging behind the Girl of Steel’s episodes, and I don’t want to pay for CBS All-Access. But the other thing is that 24: Legacy kinda sucks.

I don’t know whether it’s because I’m missing Jack and Chloe and Tony and everyone else at the “old” CTU, or whether it’s because the plotting on 24: Legacy is “eh.” I’m not going to go into an extensive rundown of it, because I’ve already immersed you into my recap of Homeland; but one thing that really bothers me is the “jealous girlfriend,” a trope so old that its gray hair is showing. The other thing that’s really bothersome is that I can see the “twists-and-turns” coming from a mile away. For instance, last week, when the new Jack Bauer – see, I can’t even remember his name – was stuck in a police precinct with every cop and SWAT team member about to blow him away, I knew that CTU was going to ring up in the nick of time and call off the dogs. (And that was the cliffhanger the previous week. That’s a long time to see what’s coming.) I only rarely guessed what was about to happen on Jack’s 24. More important, I didn’t want to. I just wanted to lose myself in the story – and I was.

That ain’t happening with what one of our readers, ReneeCat, calls 24: Light. Nope. I’ll give it one more episode, which is being more than fair. But I’ll watch it later, either on VOD or via streaming.