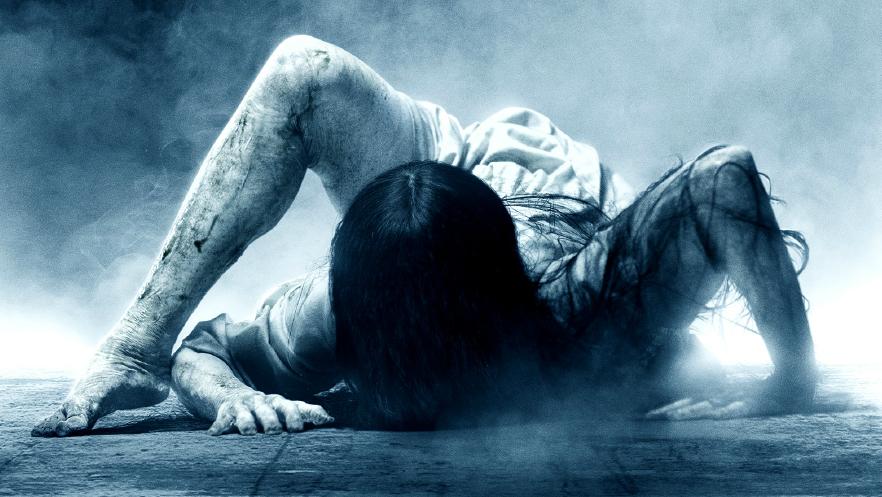 Most of the time when a studio looks to revive or remake an old property it’s a desperate grasp for more money, but I’m willing to give the people behind Rings a little more credit than that.  The Ring is about a shared video, and the ways in which we share and consume videos has changed so much in the 15 years since the original came out.  Rings exists to carry the franchise into the YouTube era, and it pays off on a lot of the promise offered by the new technology (although not actually YouTube which was strange).  Rings is a clever movie, but clever isn’t enough on its own— and unfortunately, clever is all Rings has.

I absolutely adored the use of new technology.  There’s a sequence where Samara emerges from a flat screen TV that has fallen face down on the floor that never would have happened 15 years ago and looks amazing.  I’m sure the actual technology to do that effect has been around for decades (at least since Thing in The Addams Family I reckon) but it looks like a million bucks and it feels new.  While not exactly showing off new technology, there’s a shot right before the credits where a character looks fearfully out a window while it’s raining, and when the lightning lights up the window it becomes the well shot from the cursed tape and that was my favorite shot of the whole film.  Again, there are good ideas here through the haze of mediocre filmmaking.

The story is convoluted, and while it contains interesting ideas it ends up right back where every other Ring movie has been.  We start out with this interesting idea about studying the tape as a scientific phenomenon with an infrastructure built in a college to keep passing the curse along so it can be studied.  This idea is tossed aside at the end of the first act and we get to more exploring the circumstances of Samara’s life in an attempt to break the curse just like we did in The Ring and The Ring Two.  There’s a mildly interesting twist, but it all ends up about where one would expect and that’s not even taking in to account that much of the end of the movie is contained in the trailer.

Through all this narrative malaise the entire enterprise is almost saved by two bigger name actors slumming it through Rings.  Johnny Galecki is playing a creepy version of his character from The Big Bang Theory and he simply outclasses the array of marginal TV actors and performers I’ve never seen before that he’s put with in this film.  It’s not a huge part but Galecki looks like a movie star, which might serve him well if he ever gets tired of sitting around on his giant pile of money after his TV show wraps up.  Vincent D’Onofrio is given the most leeway by the script and he turns in a powerful performance.  D’Onofrio is capable of switching from unassuming to terribly menacing in the blink of an eye.  It’s almost like he never stopped playing Wilson Fisk; he’s the best thing about the film even if his mere presence feels like a bit of a spoiler the first time you see him.

We have to be willing to accept that just about half of movies will be below average, and Rings is certainly in that half, but that that effort separates the mundane from the awful.  Rings isn’t a good movie, perhaps because the two lead actors are amazingly boring, but it’s trying.  It knows what it has to add to the mythos and it tries to weave those additions seamlessly in to the established formula.  The result is a bland retread, but one with moments and performances that will endure— hopefully as inspiration for a better movie down the road.