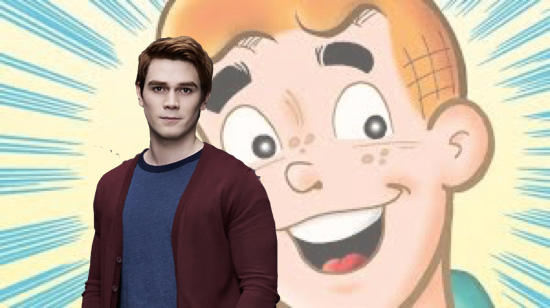 I must have encountered Archie Comics while I was still young and innocent before the brassy hell we knew as high school — and military high school at that – before I began my ten-year abstinence from reading comic books. I can’t remember a time when Archie and his pals and gals weren’t on my radar somewhere (though the blip was probably dim and small. One of those deals where I knew something but didn’t know I knew it.)

The Archie posse was one of a bunch of similar groups that were sprinkled throughout the media in the years immediately before and after the Second World War. But the genre was born decades earlier, in the 1920s when the younger set began to be identified as a consumer group with few bucks in their pockets. The fictional teens got a boost from a series of movies starring Mickey Rooney as the lovable Andy Hardy, and then came the comics featuring guys and gals with names like Candy, Binky, Corliss Archer, Henry Aldrich, Patsy Walker. True confession: I once, briefly contributed to the Patsy scene. Way more fun than high school.

These stories, which might have been mistaken for sitcoms on a dark night, featured slightly cartoonish but attractive adolescents romping their way through high school and related activities – dances, games – and having disagreements with both peer groups and authority figures These squabbles weren’t serious and did not seem likely to put the teens on the path to juvie. Detention was all they had to worry about.

They were no respecters of media boundaries, these scamps. Some had radio shows back when network broadcasts were major sources of light entertainment. and young master Aldrich appeared in a series of movies. Most perished when comics were attacked by the political and muckraking witch hunters of the 50s and early 60s.

But not Archie. He continued to appear wherever there was a decent comic book store from his war-era debut straight on through to the present. Maybe we shouldn’t be surprised that he and his crew are on the tv. Yep, there they are in a weekly show titled Riverdale, Thursday evenings on the CW.

I could never identify with the comics’ Archie, who seem to have his friends, male and female alike, grafted to his hip. I was a loner (with a uniform). But Marifran was pretty much a typical teen who hung out with kids I didn’t know and did teenage things. (She also went on dates with me. I don’t think I wore my uniform.) The CW Archie doesn’t reflect my adolescence, which was to be expected, but it’s nothing like Marifran’, either.

This Riverdale is a series saturated in angst and gloom and the video Archie is involved in stuff the comics Archie would never have heard of, including an improper relationship with a teacher. Tch! So Riverdale’s world mirrors ours. It ain’t a barrel of laughs, but It’s well-enough done to merit another look. Maybe.