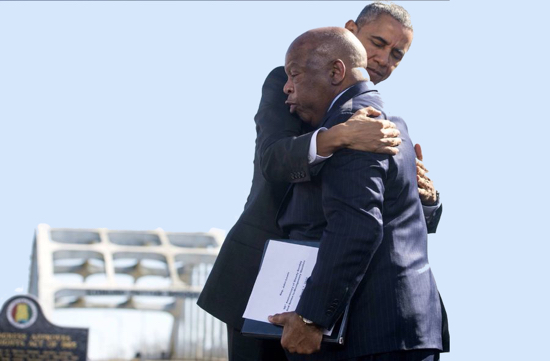 This column is the last one I’ll be writing under an Obama Presidency. This is also the last Tuesday of the Obama Presidency. Though I have some disagreements with his policies, I’ll miss him as our President. So I figure this would be a good time to talk about some of his impact on the comics industry. 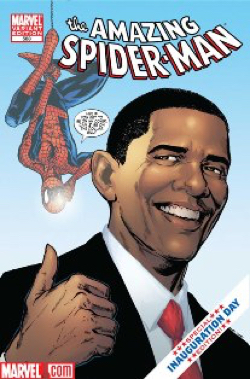 Barack Obama himself is no stranger to comics. He’s talked about his comic collecting and his fondness of Conan The Barbarian and the Spider-Man comics in the past, even if he forgets the hyphen in Spider-Man sometimes.

Obama has appeared in many comics as well. You can find him in comics for nearly a decade since 2007 when he was a Senator. He’s appeared in comics published by Marvel, DC, Image, Dark Horse, IDW, Dynamite and more. Everything from Savage Dragon and Youngblood to Army of Darkness and The Other Dead, Obama has been there.

The most popular and celebrated appearance of his in comics is likely The Amazing Spider-Man #583. The issue came out on January 14th, 2009 less than a week before Obama’s inauguration. While the main story was written by Mark Waid and illustrated by Barry Kitson, Obama appeared in the backup story written by Zeb Wells and illustrated by Todd Nauck. This five-page backup story Spider-Man has to step in when a second Obama appears who turns out to be The Chameleon. It’s a fun, cheesy little story where Obama gets to talk to one his favorite superheroes right before he gets sworn in. This particular comic went on to five printings and became a collector’s item before it even came out. My one complaint is that Peter Parker complains about taking the bus from New York to Washington D.C. and used to take the bus down to D.C. from Chinatown and I never had a problem with that. Perhaps I’m made of stronger stuff. 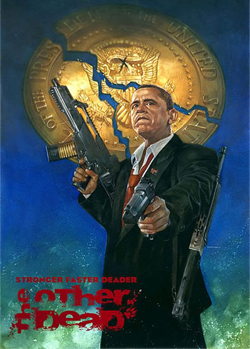 Spider-Man, as well as all over major superheroes, will not be making an appearance at Trump’s inauguration, either on or off the page.

What might be Obama’s greatest contribution to comics was his help in making John Lewis’ March become a reality. No, Obama didn’t collaborate, edit, or make a few phone calls to make it happen. For all of those who have had the pleasure of reading March it’s framed around John Lewis talking with Obama at Obama’s inauguration and goes back and forth between January 20th 2009 and different points in John Lewis’ life through the Civil Rights Movement. If you haven’t picked up March yet you could find copies at your LCS, some bookstores, directly from Top Shelf, or Amazon although the three volume slipcase is still temporarily out of stock after Trump’s attacks on John Lewis over the weekend. 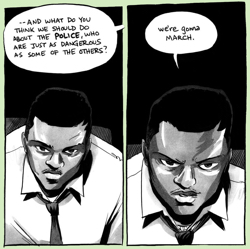 Speaking of Trump, he’s had far less love in comics. Criticism of him in comics has spiked recently for obvious reasons in everything from mainstream comics to indie comics like GWAR:Orgasmageddon and Black, both of which I’ve written about before here. Even his closest foreign ally, Putin, has been portrayed as a villain over at Valiant Entertainment which fellow ComicMix columnist Molly Jackson wrote about here. Whether you feel it’s fair or not, it’s certainly a reflection of what the creators feel and what people will buy.

Very little of these portrayals of Presidents comes close to the depth and scope of how Nixon has been portrayed in comics, unflattering as it has often been, like in Watchmen, but the comparison is hardly fair.

We still have a lot of time, for better or worse, to see how Trump will be portrayed in comics, but what we know about Obama is that he was often portrayed with dignity and grace, and sometimes even as a kick-ass hero himself. Between that and his impact on the lives of many of us in comics including John Lewis, all I really have to say is thanks, Obama.