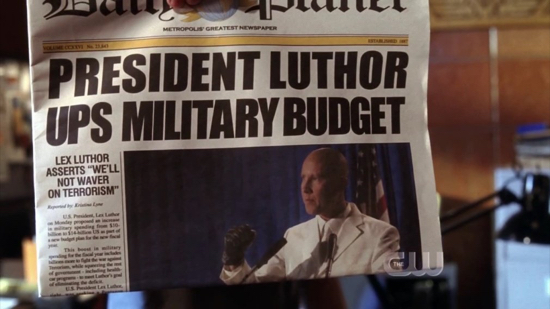 I have a technique I use when I’m plotting my stories. I take the idea, an event, and then I extrapolate. I figure out what might reasonably follow given this event. Lots of things are possible; few are probable. I try to stick to what’s reasonably possible. I also use inference; I figure backwards from the given event to see what could lead up to it. In many ways, I’m playing detective.

When I was writing Suicide Squad, I would look at various political situations around the world and then extrapolate from that as to what might happen. There was a time when I got almost scarily accurate. A friend of mine, Cheryl Harris, contacted me and wanted to know where I was sending the Squad that following summer; she was trying to plan her vacation and wherever I was sending the Squad, she wanted to avoid.

So, as we come up to Election Day 2016, I thought it might be interesting to do some extrapolating as if it were the plot of one of my stories. This is my extrapolation and will reflect my views and biases. If you don’t share the same ones, feel free to ignore mine.

To start with, the event I see happening is Trump loses bigly. Yes, the polls show a narrowing between Trump and Clinton but it won’t be enough to matter. Hillary will win.

Trump won’t concede. He’ll continue to insist that it was all rigged (without any proof); I read Trump as a narcissist and to concede the election would make him a loser. Since he’s always a winner in his own mind, the only explanation that will make sense to him is that the election was rigged and he was robbed. He’s not a loser; he’s a victim.

He’ll also continue to maintain that that the media was stacked against him. He’s been stressing that for the past few weeks.

More than a few people have been suggesting this is all a precursor to his creating Trump TV – his own network. It’s also been suggested he’ll start his own political party and that’s also a possibility but I think the TV station is more likely. He’s been a reality TV star and Roger Ailes, one of his big political advisors, ran Fox News.

The campaign CEO is Stephen Bannon, executive chairman of Breitbart News, a right wing news organization. It seems to me they’ll urge creating a new network or buying out an existing one and putting the Trump name on it and it will be to the right of Fox News, which is a scary concept. Facts won’t matter to them any more than they matter to Trump; vitriol will be more important as will blocking Hillary and the Democrats at every turn if they can.

Given the Donald’s attention span, I doubt that he himself will be involved with it much after the first year. Within five years, it may be in bankruptcy. That, however, will not be Trump’s lasting legacy and impact on the American political scene.

It will be his supporters, what Hillary called his “basket of deplorables.” Trump’s tapped into an anger and a lot of hate that is out there and it has congealed now into its own mass. If Trump is not its leader, it will find another. What it won’t do, I think, is go away. It has given a validity to some very nasty elements in our society; it has made the “alt right” viable. And that will be with us for a long time.

That’s the story as I see it; we’ll find out how accurate it is in a few days. No doubt your story will be different, especially if you’re a Trump supporter.