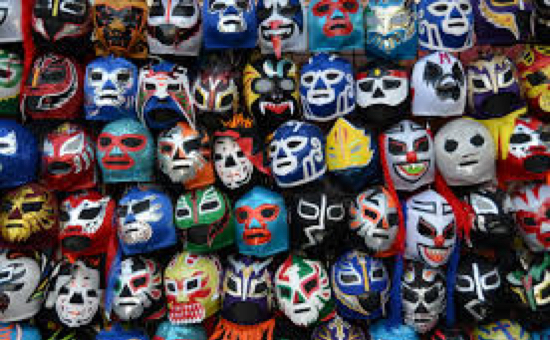 I often receive puzzled looks when I tell folks that Unshaven Comics makes the trek from the southern burbs of Chicago to the New York Comic Con by car. I reassure them that if we could afford to ship an entire booth setup and merchandise to the Javits, convince ComicMix’s own Glenn Hauman to pick us up from La Guardia (a hell I wouldn’t wish on anyone, let alone our most gracious host), and then be beholden to said Haumans for most of our transportation needs, we would. But, rest assured, we’ve made the trip enough for me to admit I actually look forward to the nearly 14-hour jaunt across Indiana, Ohio, Pennsylvania, and New Jersey.

In those middle-hours of driving, somewhere between lunch and arriving in New York, we found ourselves unpacking The Samurnauts as a concept. You ever want a first-class ride on the creative-process express? Buckle-up, Sally.

When we finally complete Curse of the Dreadnuts (which by my estimation will occur before it’s 2017), Unshaven Comics decided that the next course of action would be to test each of our mettles to be the best creators we could be – individually. With The Samurnauts, we afforded ourselves an immortal mentor. This allows us to spin off the series into a bevy of period pieces that allow Unshaven to explore literally every genre and art style that tickles our fancy. Cool, no?

Over the course of the car ride, we came to a few conclusions. Matt Wright will plot and draw the entirety of a Samurnaut tale set in a sleepy Mexican village in the 1920s. There, Luchanauts will save humanity from the threat of an inter-dimensional demon with the power of their lucha libre. Kyle Gnepper will pen (and art chores will be a still-undetermined new deputy Unshaven lad) a tale of an early Samurnaut team waging war against Repsimian – the monkey-dinosaur hybrid bent on destruction.

And me? Well… I’m headed for a completely different direction. One that requires a bit of an odd digression. Follow me. It’s worth it.

Every year for the past two years, I’ve lent my artistic hand to my friend Nina Rose and her “Speak To Me: A Pole Event for Autism” fundraiser show. The evening is a raucous blast where hobbyist and professional pole dancers perform marvelous numbers all to raise money and awareness for Autism. I provide the posters, programs, and last year… collectible trading cards. The theme was the 1980s. It was the excuse to let my inner Patrick Nagle freak flag fly. And while sitting in the front row during the performances would render most with a carnal reaction to whoop and holler? I was left slack-jawed. I saw comic book stars in waiting. The spark of an idea for The Samurnauts was born in between twirling loops on a ten-foot pole.

Smash cut back to my Dodge Caravan, midway through Ohio.

My 2017 Samurnauts project? Well, it’ll be an all-female team fighting a Communist-Mutant-Hive-Mind of femme fatales… all set in the 1980s. We make no bones about it: Samurnauts is homage to the tropes we grew up with, recast in a modern light. What better tropes to mine than those directly from our time growing up amidst Sailor Moon, Battle of the Planets, M.A.S.K., and Jem and the Holograms? There are none better, and I won’t listen to you if you try to disagree.

Matt rides shotgun with notebook in hand, and Kyle leans far forward from the middle row of our packed conveyance… I start the ball rolling. As often is the case, I am the most lofty of the Unshavens. I immediately blather about girl power and passing the Bechdel test. Matt – the gear-head of the gang – is immediately drawn to discuss costumes, weapons, and accentuating my clean-line style. Kyle, the stalwart left-brain, cracks the whip on setting up an outline.

Exits whiz past as we bounce ideas from one bearded ne’er-do-well to the next. “We need to have a roller derby fight scene.” “Al (the immortal monkey leader…) needs to have a dojo in need of saving.” “They should all pilot attack ships.” “The Commie-Chics needs to have a spy, a close combat expert, a ballistics expert, and the strategist.” “We absolutely need the bitch on wheels business chick…” And so on.

By the time we needed to gas up the van, a scrawl of pages lay on the Caravan floor. A complete outline spanning two 36-page issues lay amidst character notes, weapon choices, set pieces, and big reveal plot points. And underneath it all, a personal challenge to myself to stretch my boundaries as an artist and a writer. To keep my tongue in cheek with the obvious choices, in lieu of smarter ones. To keep my designs clean and memorable. To ensure that the Samurnauts of this story are heroes, regardless of their gender. That the final book be fun, clever, and full of monkey-fighting. And this time? With way more Hammer pants and day-glo makeup.

And with that, the pages were tossed into the cashbox. Energy drinks were popped open. New fresh sheets were exhumed from the notebook. With five hours left to go, we had plenty more to plan for the future.