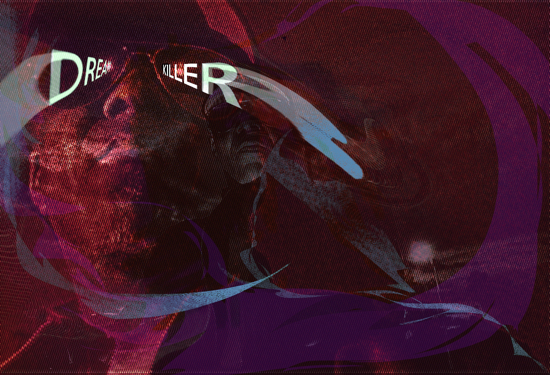 Please read the first two installments in the series if you have not done so.

Full discloser: For two decades I was not welcome at DC.

“What did you do?” I’ve gotten that question countless times. “What did they do?” Not as many have asked, but more than a few. What’s the difference between those who ask the first question as opposed to the second?

And why and how despite being blackballed by one of the big two was I able to not only survive in the industry but thrive?

What did I do? I refused to accept unjust treatment and called attention to it often. That was my right.

What did they do? They got fed up with dealing with me. That was their right.

I haven’t any idea rather or not I’m welcome at DC Comics these days. The perception is there is a feud between Milestone and me. DC is in a deal with Milestone, so that may mean I’m not a desirable. There isn’t a feud; there is an incident.

Milestone made what no one is disputing a real dick move. Not telling me they were moving ahead with plans without me was as fucked up as can be. Now add they were supposed to be “friends.”

That is as horrible a thing. An absolutely disgusting thing.

Except for a few brave souls, there has been not a peep of anyone giving a fuck.

That’s OK. Pity isn’t my thing. My thing is to do what’s right. I’m doing that by not creating a front page Black vs. Black lawsuit and not detailing events that go back 20 years.

Milestone is the single most important event in the history of black comics. For over two decades I’ve led a campaign to keep Milestone relevant and make sure the phenomenal history of Milestone is correct and accurate. More people are aware Milestone is not owned by DC Comics and was Denys Cowan’s idea because of me.

I’ve devoted more to that effort than the three partners combined. My struggles to create opportunities for people of color in comics also dwarfs their collective work in that area. The talent program they now tout as their own was created by me, as was the universe for their most successful character Static Shock.

All of the above is easy to verify.

All that said, Milestone, the idea is more important to African Americans kids at large than anything I’ve done. A chance for black kids to see themselves represented fairly in the media is much more significant than Michael Davis.

Character counts in this world. Some think my character is lacking because I use words like fuck, shit and nigger in my written narrative. Many believe that somehow dilutes my good character. I think those individuals should get a clue.

Here’s a hard truth about this industry. People talk the talk, but few walk the walk. When it’s time for my annual San Diego Comic-Con party, everybody’s my buddy. When there was a rumor that Milestone stole its business plan a great many of my buddies were quick to co-sign that bullshit.

When my heart lay in a broken heap two years ago over the Milestone slight, there were those who said it was my behavior that caused Milestone to do me like they did.

Really? That’s the same behavior every single partner at Milestone as well as countless others benefitted from over many years.

I write and say what I think. When I think I’ve been used like someone’s bitch, I say so. I also say something when others are prescribed the same medicine.

Milestone’s treatment of me is relevant to the black comic book industry. How we treat each other is essential to future generations When black people are good to each other which is the vast majority of the time rarely does it make the news when those uncustomary moments are demonstrated black kids see integrity and leadership when bad it’s the lead story on Fox News.

Why use my account of the Milestone story when it’s so negative?

A few reasons. As said earlier it is only negative to me but used as the example why relationships are important it’s a grand one, and in the big picture, it’s positive.

I still support those books and the company. Regardless of what they did, I’m going to do the right thing.

That brings me back to DC Comics.

Dwayne McDuffie died in 2011. I was invited to I write a piece for the Static Shock tribute issue. My last published work in a DC comic was over twenty years ago. My exile ended officially two years before in 2009 when Diane Nelson took over as president. I’d met Diane ten years before that at Warner Bros and liked her immediately and vice versa. She assured me I was welcome back at DC and I have had a meeting there since.

That’s all cool on the surface but so is thin ice. Once you fall through, it’s colder than most can stand.

Let’s recap. I have an excellent relationship with the most influential person at DC Comics. Still, I don’t know my status. That’s because of Milestone. Why? DC has a relationship with Milestone in the bullshit world of Hollywood once you reach the boss and recount your tale of wrongful woe all is right in the world.

Why don’t I just call Diane and use her to pave the way for any project I may want to do at DC?

That, boys and girl, is called knowing the game. Those who don’t shouldn’t play. So despite being blackballed by one of the big two how was I able to thrive?

The vast majority of top tier creators in the industry use one option.

There are numerous more, and I’ll touch on those next time. As well I will break down what option was preferred and why for the project I’m using for this series.

I’ve been in the game for a long time. What I use as examples are not intended as a ‘how to’ to get into the comics biz. If so the series would be named ‘how to ruin your career.’

The underlying point is to look at the big picture when entering this field. I believe with every fiber of my being one should always look to do the right thing. Comics are a very very small industry and to have a real shot, it’s counterproductive working on how well you write or draw without working on your relationships skills.

Put another way, when people tell who they are and what they are about, trust but verify.