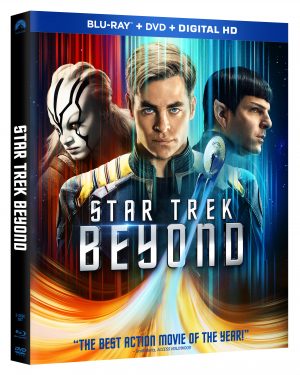 The Justin Lin-directed feature earned an 84% fresh rating at Rotten Tomatoes and although it under performed at the box office compared with its preddcessor, Star Trek Into Darkness, thew film was certainly better received by the fans.

Still, the $185 million production earned only $337,896,789 worldwide, probably making it a loss for beleaguered Paramount, which did not have a good summer season. Thanks to licensing and ancillary sales, the film will probably eke out a profit.

A fourth installment, with Chris Hemsworth returning as George Kirk, has already been announced as being in the works although the official green light has yet to be given. At the earliest, it won’t hit theaterrs before 2019, and more likely 2020.