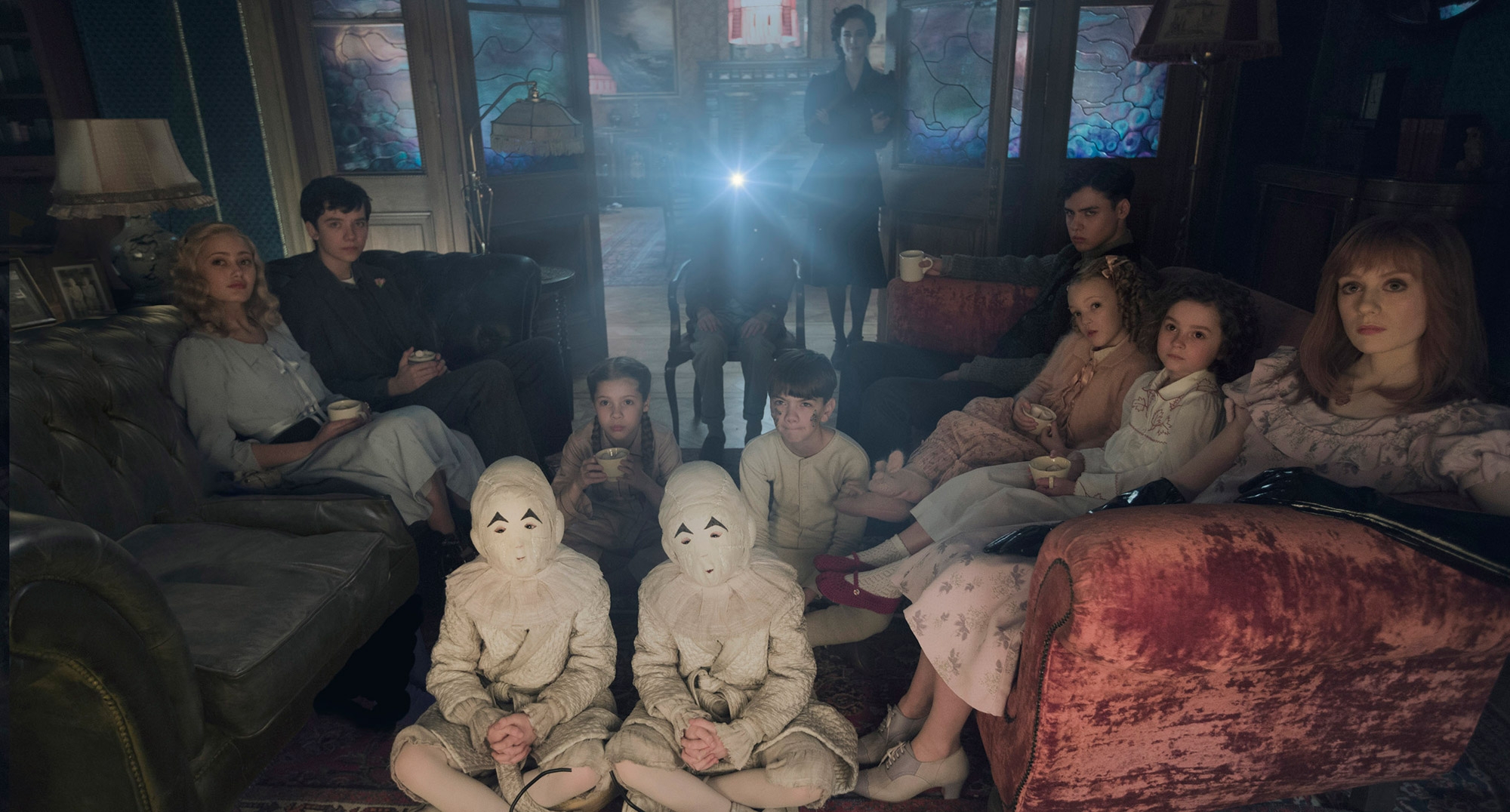 I’m at a bit of a loss when it comes to Miss Peregrine’s Home for Peculiar Children because I was so sure I would leave the theater either fantastically impressed or utterly repulsed. There were just so many flags for a strong reaction: it’s a Tim Burton movie, it’s a movie where the director made a boneheaded comment the week before release, it’s a superhero movie but not really, it’s a bit Harry Potter adjacent. None of it ended up inspiring a strong reaction in me. Miss Peregrine’s is a fine movie that capably blends some spellbinding spectacle with some rather drab boring junk. That probably sounds a little more harsh than I intend but this is very much the movie equivalent of the little girl with the little curl; when it’s good it’s very, very good and when it’s bad it’s horrid.

The fun stuff in the film is unmistakably fun. The use of super powers, or peculiarities, has a sense of wonder and more importantly whimsy that separates it from a lot of the bleak drab superheroics we see in films these days. It feels a little more like Grant Morrison’s X-Men than Zack Snyder’s Man of Steel and it makes the whole thing so much less psychologically draining. The time loop mechanism is fun in the light doses of it we get in the first two-thirds of the movie. There’s a great fight scene on a pier in modern-day London. This is a disjointed list because the connecting tissue that binds all of these things together is lacking.

The story, once you get past the fun stuff, is a boring mess. Plot points are gone over and over until belabored doesn’t seem appropriate anymore. I understand that the target audience for this movie is probably a bit younger than me but I bet they don’t need to be told that Emma had a thing for Abraham before he left a half dozen times. There are severe lulls where it seems like nothing happening and no new information is being parceled out. The finale also seems flat but maybe that’s because it relies heavily on time travel causality loops that can’t be thought about too hard or it gives you that weird feeling in your stomach. I guess I believe the ending is consistent with the rules established, but I’m not certain why.

Tim Burton got a lot of well-deserved flack for his comments about how he wasn’t sure if his movies “call for” diversity, but I think there was a different representation issue overlooked here… Miss Peregrine’s is unmistakably a movie about a young child dealing with the enormity of the Holocaust. A boy learns from his grandfather (named Abraham no less) that he had to flee his home in Poland as a boy due to the threat of “monsters” and go in to hiding in a remote part of Wales. The boy goes to try and trace the history and finds a bombed-out building. The monsters in the movie are called Hollowgasts, which sounds a fair bit like “Holocaust” to my ear. It’s honestly one of the best ways I’ve seen an issue like this tackled in a movie, obvious but indirect so it doesn’t become smothering, but they did it without any Jewish actors involved. It’s strange to see such a specific metaphor explored with no one with a direct connection to the actual lived experience. I’m not here to argue that Jews are somehow underrepresented in Hollywood, but it’s a bit vexing to see this happen like this.

There were no children in my 2pm Sunday showing of Miss Peregrine’s Home for Peculiar Children. Maybe it was the awkward time or maybe it’s because I was seeing it in Hollywood, which is not exactly a big family destination, or maybe people were just seeing through it. The ad I saw for this movie called it “Harry Potter meets X-Men“, but it was really more like Doom Patrol with a British accent. There’s nothing wrong with Doom Patrol, but I don’t think it’s ever going to be a monolithic kid’s franchise. I liked the stuff I liked but it wasn’t a good movie and I remain basically uninterested in Burton’s entire oeuvre since Mars Attacks. He’s become some kind of heartless version of Wes Anderson, and I’m not sure how much heart Anderson has to lose.