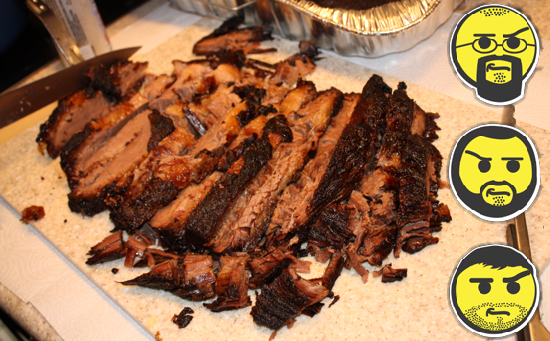 It’s about that time of the year again for the annual Wizard World Chicago Comic Con. The show itself is very close to my heart. It’s the first comic con I ever attended as a fan. It’s where I went year in and year out to see DC and Marvel fight for comics supremacy. It’s where I went to grab bargains on lost toys and statues not found in my local comic shop. It’s where I’d attend numerous “How to Break Into Comics” panels every year and leave with my heart full of hope.

It’s also where my little studio, Unshaven Comics, would take the leap to the other side of the aisle and learn the fine art of the pitch. It’s where we’d learn that our future was with making books on our own terms and selling them to fans who appreciated the indie movement for what it was; where unpolished professionals honed their craft by presenting unbalanced final products with the hope of finding future success. This show has been, and will always be, our home show.

This is the first year since I can honestly remember where Unshaven Comics will not have a table. Let me make it known, of course, that my studio mate Matt Wright will be at the show, at the ComicMix table (Table 625! Come say hi!) to offer some commissions and maybe move a few books. But Unshaven Kyle will be visiting his mother in Ohio. And me… I’ll be at home. Working. OK. Maybe sulking a bit. Heh.

The reason? As a business, Unshaven Comics lives on the profits we earn at comic cons. But at this point our fourth installment of The Samurnauts: Curse of the Dreadnuts remains unfinished. With a hefty table cost and limited vacation days for the entirety of our threesome, there’s a commodity cost to doing said business. And with the dire threat of go big or go home, we need to have that final issue in hand by the time we make it to New York Comic Con this October. So, basic economics dictated our abandoning of the home show. Bigger risk begets bigger rewards. You dig?

Also… last year we were bitten by the DragonCon bug. The four-day excursion in Hotlanta netted us the second greatest showing at a convention ever, especially when compared to the table cost. Therefore, when we were granted a green light to return, it wasn’t a hard decision to make. Sure, Atlanta includes long car trips to and from, a potentially pricey hotel stay, as well as the general doldrums of being on the road. But with attendance that rivals NYCC, well… Bigger risk begets bigger rewards.

By abstaining from our home show this year, I’ll have time to plug away at the final pages of a soon-to-be-released comic. Without Kyle being available, we could never have seen the sales we would have needed to be profitable at a show the size of ole’ Wally World. As they like to say often on my beloved WWE… it’s what’s best for business.

But all that being said, it’s still a bitter pill to swallow. One that will go down easier knowing I’ll be able to break bread with EIC Mike Gold (and as John Ostrander notes, that means good BBQ) and the rest of the ComicMix crew that comes out. I know the show floor will be a little less bearded without me this year… but we all know the truth in comics:

Everything’s better when you relaunch the next year.