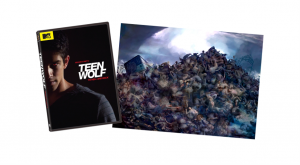 The Pack is getting back together for even more supernatural, heart-pounding, adventures in Teen Wolf Season 5 Part 2 on DVD October 18 from Metro-Goldwyn-Mayer (MGM) and Twentieth Century Fox Home Entertainment. In addition to the special featurette, fans who purchase the Season 5 Part 2 DVD will also receive a limited-edition collectible GWP poster – available while supplies last.

Reeling from crushing losses, Scott struggles to put his pack back together while the Dread Doctors’ final creation, a creature known as The Beast, terrorizes Beacon Hills.