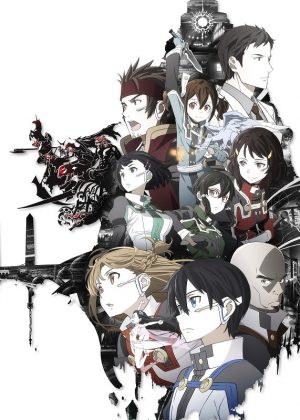 In partnership with the KADOKAWA CORPORATION, Skydance Media, a U.S.-based diversified media company, has acquired the worldwide live-action rights for Sword Art Online.

Having already spawned a comic book series, two TV anime adaptations, and video games, and with its first theatrical film, Sword Art Online The Movie: Ordinal Scale, set for worldwide release in spring 2017, this marks Sword Art Online’s first foray into live-action television. It will be developed as a TV series based on the storyline of the original series.

According to the studio, the story premise is:

2022 – The NerveGear, the world’s first dedicated full-dive device developed by the genius programmer, Akihiko Kayaba. It was a revolutionary machine that opened up infinite possibilities for the world of VR (Virtual Reality.) 4 years later…. A next-generation, wearable multi-device called the Augma has been released to compete with the NerveGear’s successor – the Amusphere. A cutting-edge machine boasting the ability to enhance AR (Augmented Reality) to the maximum, the Augma offers a safe, user-friendly experience, as it can be used while the player is awake, making it an instant hit. Its killer title is an ARMMORPG developed exclusively for the Augma, “Ordinal Scale (a.k.a. OS).” Kirito is about to join Asuna and the others as an Ordinal Scale player, but…

With screenwriter Laeta Kalogridis (Avatar, Shutter Island, Terminator Genisys) on board to pen the pilot episode, all bases seem to be covered for the live-action launch. In addition to the TV series, Skydance Media is planning a Sword Art Online virtual reality experience through Skydance Interactive. Kalogridis, already familiar to fans from the CW’s Birds of Prey, said, “For years I have been inspired by the inventive and masterful storytelling of the SAO franchise. I’m thrilled to get the opportunity to work with such talented partners to bring this cutting-edge yet timeless story to a new format at Skydance.”

Since the first volume of the novel was published in April 2009, the series has been extremely popular, with cumulative sales exceeding 12.5 million units in Japan (19 million worldwide). The series has been adapted into two animated series, in addition to several games, comics and merchandise, boasting a wide-ranging mixed-media lineup. In Spring 2017, a brand new original story written by Reki Kawahara, is set for a theatrical release. SAO fans around the world are anxiously anticipating its release.

Original author Reki Kawahara said, “I am excited and moved that ‘Sword Art Online’ will be adapted into a live action series by the highly respected Skydance Media. I would like to take this opportunity to express my appreciation and gratitude to everyone involved in this project, and to the fans all over the world who have so generously and enthusiastically supported SAO.”

Skydance Media CEO David Ellison added, “At Skydance we are in the business of world-building and SAO is a massive pop-culture phenomenon from which we plan to launch a full-scale and wide-ranging set of live action franchise extensions across our business verticals, beginning with television.

“We look forward to working alongside Laeta, Reki Kawahara, and the teams at KADOKAWA and Aniplex to build out a deeply immersive new universe of SAO in an authentic way that honors its well-established fan base around the globe.”