Michael Davis: I Am Not Tyrone 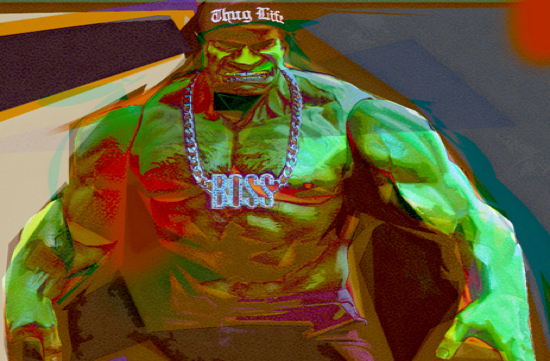 I am Not Tyrone Cash… but I’ll get to that later.

Let me make some things clear. I bare no ill will towards Milestone 2.0. I’m doing what I need to do to deal with my bouts of depression and because my business requires I do so now.

What is it I need to do, exactly?

Telling what transpired so to destroy any and all doubts, there was something unprofessional about me that caused my former partners and friends to dismiss me with not a word before or since as to why.

Derek Dingle gave a hint (before he hung up on me) that when I left Milestone 20 plus years ago. It was my lawsuit that prompted it all. OK, that’s revisionist history if ever there was.

There was no lawsuit. And even if there had been, so fucking what?

Derek if you’re reading this I suggest you take a look at the memos from that time. If you lack some, don’t worry I have them all. Including the letter from DC and Milestone that Clarence Avant called me enraged over.

You know the one it involved my status at Milestone and DC. I was speaking to Clarence not too long ago about that very letter; he’s not too happy about it now either.

Like I said, I’m not looking to hurt Milestone; for almost two years I’ve written very supported articles. Yeah, some digs but much more positives.  The only public statements attributed to them concerning me was I was not lead creator on Static I was ‘one of five guys in the room.”

Well, I can prove otherwise. Can they?

As I said I’m not trying to hurt them, I just want to help me.

I’m also not telling my side of the story. I’m saying what happened to me; there’s a difference. Everything I write I can prove with validation.

This was to be another installment of my Milestone 2.0 narrative. I’d like to get what happened to me on the record before Rich Johnson goes live with his story but this is trivial shit compared to what’s crucial in Black America, chief among that the recent crop of unarmed Black men killed by police.

I thought I’d attempt to explain to those readers at ComicMix how it affects us as comic book creators but more importantly as black men.

Regardless if it’s a huge misunderstanding or horrible decision making the odds of Derek Dingle, Reggie Hudlin, Denys Cowan and Michael Davis coming together are slim to you must be out of your motherfucking mind.

That does not mean I don’t care about them. I do.

We may not be on the same page regarding Milestone but as black men, we are united because we are all seen as one in eyes of some in law-enforcement. If one of those men were felled by a policeman’s bullet, it would hurt me beyond measure.

And I would know, I would know without a shadow of a doubt they were wrongly targeted. Because they live the kind of life that defy that ending to theirs as do I.

It won’t matter, any black men is subject to capital punishment no matter if talking to friends, selling cigarettes or reaching for what an officer asked for.

Mothers of young inner-city black boys’ have one thought over all, how to keep their child alive.  Poor parents of any race face the same problem. Black parents face the added danger of protecting their sons from those who are entrusted to protect them, the police.

Soon, very soon, I will be off probation. Why was I on probation? Two white people harassed me all night at a Karaoke bar. I ignored what they were saying. Their goal for was for me to engage them.

As I was leaving, I heard something along these lines: “Don’t forget to bring your grandmother and sister some crack.”

That’s not an exact quote (music was playing), however sister and grandmother I understood.

There was no way they could know both my sister and grandmother died horrible deaths at someone’s hand it was just another series of insults to them.

I didn’t give a fuck. They went there.

I waited for the music to stop and the applauds to die down before I went here:

“Fuck you and your families.”

They ran across the floor towards me punched me in my face a couple of times and wanted to hurt me badly that was clear.

The man currently residing in a tree lined lovely community left, and the guy from Far Rockaway, and South Jamaica Queens showed up.

That was the wrong nigger to fuck with as they found out.

Once they met that guy they pussied away. Just as quick the person from the tree lined block returned, saying goodbye to the bartender and my waitress who both asked me if I was alright telling me those guys are never coming back.

I was under the impression the bartender was going to call the cops. I told him if he needed a statement from me I’d be happy to oblige and the moment I said that I regretted it.

Rule # 1: If A Black Man, Never Talk To The Cops Unless You Absolutely Have To.

Then I thought, I had not done anything wrong, plus the whole thing was captured on tape. I went home secure in the knowledge I’d done nothing wrong and had ample proof to such.

A warm send-off from the staff?

I was the one attacked?

The deck was stacked extremely high in my favor. What possibly could go wrong? I thought of every conceivable way it could go south and came up with only one answer.

I was black. When I was asked to give a statement some days later I was accompanied by my lawyer. Witnesses, videotape, warm send off from the staff and a high priced attorney.  Now that’s what I call stacked!

As it turned out, I had nothing to worry about, exactly what I thought would happen, happened.

I was arrested. Did I mention the whole thing captured on tape?  The tape that showed they attacked me? I did say that right?

This incident is not unusual at all to black men. Those who had no doubt I was lying included the two who attacked me, the police and DA.

The only people on my side was everybody else in the bar. That includes a witness from Japan, and I’ll never forget her name: Sony Camera.

So, I looked forward to my day in court so I could quickly take a plea.

Why did I take a plea? When the D.A. refuses to look at the videotape but is ready to go to trial the two witness statements used to arrest me were written by the two people who ran across the room and attacked me and all other eyewitness accounts are ignored, if you’re a black man it’s time to take a plea.

I took a plea because I could afford what a good lawyer charges. I can’t afford what the criminal justice system may cost me.  No black man has that kind of wealth. When a black man with the means to fight goes to court, he may be found innocent, but we’re suspects all our lives.

Name a famous black person once acquitted not still thought of as guilty.

When his brilliant mind becomes a simple one he no longer understands the complex theories of gamma radiation all he wants to do is smash, like the other Hulk Dr. Bruce Banner.

He retains his intellect and uses his Hulk powers to become a drug dealer! Why? The same reason some police would shoot an incident hard working man reaching for his identification, it’s easy to believe all we are is thugs. That’s what FOX News tells everyone, we’re thugs on television, we’re criminals in the movies, and now the Republican Party Nominee is telling the world African Americans are thugs.

In other news, as soon as I’m officially off probation I’m suing some individuals over what they did to my life. In civil court they won’t refuse to look at the tape and all those witness reports will also come into play.

It’s a little thing but someone needs to answer this question, I was attacked, so why I was arrested? I’m going loud on this with a little help from some well-placed friends. I’m not Tyrone Cash I’m not a thug nor is most black men. So why must we fight and die to prove it?