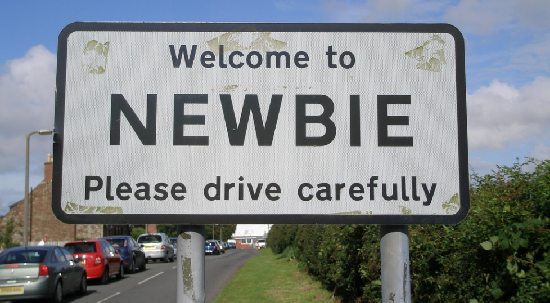 For those playing at home, DC Comics is looking for new talent to join their team. Artists had their shot last month, and now writers are able to apply until the end of this month. One of the requirements asks of the would-be employee: “[Provide] a short composition no longer than the space provided, which is equivalent to about a page, double-spaced and in size 12 font, or 2000 characters (with spaces). It should tell us why you want to be a DC comic book writer and how your background will add a unique perspective to our publishing portfolio.” Over the last week or so, I’ve noted a handful of my indie comic compatriots seeking advice on how to complete that request.

My advice? Feh! They wanted a quick and shameful ego boost. I’m not kidding, kiddos… I saw over a half dozen posts all resembling the following:

“DC wants to know why I want to write for them… and why I’d be good at it. Wah! Wah! I’ve never been good at promoting myself. So, please, tell me why you think I would be good at it.”

Underneath their cry for help came the long comment threads that promote stomach churning. Oh you’ve always been amazeballs dude! one cousin would chime in with. I love your stuff. Just tell them about your thousands of fans! a probable co-worker retorts. They should be so lucky to have you sweetie! would prattle from the keyboard of their parents in Arizona. And then, across those threads the original poster – people who I consider at least professional friends – replies to all: Oh, thank you everyone! I’ve always hated this kind of stuff!

Gag me with a spoon.

I read over DC’s submission guidelines like every other would-be hopeful. To be clear: I don’t mock anyone for applying. Lest we forget Mark Bagley broke into comics via a submission contest not much different than this one. But I certainly cry foul – a flagrant foul – against any writer who coyly dismisses their ability to self-assess. Same as I would for any visual artist, musician, filmmaker, photographer, or graphic designer. Because like any job offer we eventually compete for, self-promotion is an absolute requisite skill. And seeking peer review never includes panhandling for praise amongst those who can’t offer constructive feedback.

Shameless self-promotion is one of the first and most potent tools in the bag of a budding writer. In my own life, long before I walked the walk, it took a bit of talking the talk to act as means to an end. Had I not convinced the first publisher to take a chance on Unshaven Comics’ abilities, we may still be sitting around wondering when someone would give us a chance (and in that alternate reality, we don’t come to the realization we should be doing it on our own anyways). We never lied about what we could do. But we certainly took no shame in being able to #humblebrag our way through the first interview.

But more to the point, I reread what DC is asking for. Not unlike those silly first questions on a job interview, the powers that be want to know what their prospects consider to be their best quality. And they only want 2000 characters worth of said self-aggrandizing.

For those who need a reference as to how much actual content that is, re-read this very article to the middle of my paragraph citing Mark Bagley. Yeah. That’s a heap of personal praise, is it not? Thank god for our Facebook fans, lest we ever figure out what makes us tick!

I can’t shake the simple truth of it all. I think on literally any writer worth their salt, and I know there exists a bit of inner id that allows them to be the cock of the walk. I’m not saying writers need to outwardly exist as blurting blowhards. Heck, being in the presence of a living legend here on ComicMix, John Ostrander, belies a man who would be barely audible if he was plugged into a Marshall stack. But you better bet your left nut or ovary that John knows his worth, and as long as I’ve known him I’ve never seen a single appeal for acclaim from his admirers. But I digress.

Admittedly, like my bashful blatherskites, I did take a step back when it came time to fill out that particular question. To distill my personal brand in the eye of a major publisher, is to place my neck as far out as possible… and be willing to defend my position with my professional life.

And after brief consideration, I closed the form and went back to writing The Samurnauts. Ironic as it may be for some to read it, I freely admit I am not ready to write for DC. Or Marvel. Or Boom!, IDW, Avatar, Image, or Dark Horse. Because the truth of the matter is not resting on my talent, no. It’s just that I have far more to capture on the page on my own, then under the thumb of corporate masters.

And I came to that conclusion without having to ask a single person on Facebook.