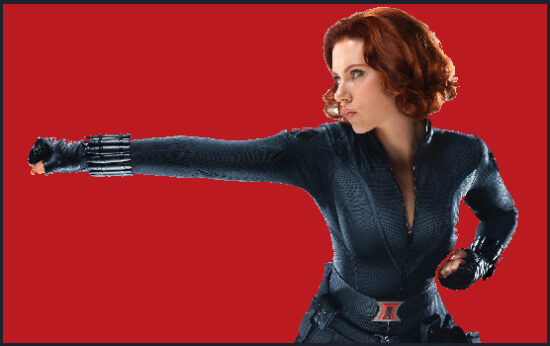 The Marvel Cinematic Universe has been chugging along for the past eight years. For the most part, almost all of their films are considered hits with the fans. Their most recent offering is up to par for Marvel, pleasing comic and non-comic fans. In fact, there is only one big glaring mark against Marvel – for me at least. Where are my female-led movies?

We are talking eight years of a major blockbuster franchise. In the MCU, there is only one central female character, Black Widow, that has been in it from almost the beginning, and a handful of female supporting characters, like Pepper Potts, Sif and Jane Foster. You can make the argument that Scarlet Witch is now a central figure but she is still very new to the universe.

Before you start yelling at me, yes I know there is a female-led movie on the Marvel schedule. Captain Marvel is set for March 8th, 2019. So almost three years from now. So, eleven years into the MCU, we finally get a female-led movie that fans were asking for four years ago. But even before that, since the moment Scarlett Johannson appeared in Iron Man 2, fans have been asking for her to get a solo film. Or toys (or as I liked to put it, any recognition at all), as in the Black Widow flash mobs in 2015.

Kevin Feige, head of Marvel Studios, has finally gotten the hint. He told Deadline that they are committed to doing a Black Widow movie, after the current slate of films is done. So, maybe early 2020s, if we are lucky.

Traditionally, movie studios like to point to underperforming female-led movies and blame the gender of the character for a bad box office rather than any other issues, like script, direction, plot, editing, set design, general stupidity of the film. Really, who is to blame for Catwoman: Halle Berry or the writers/director/producers? Meanwhile, any high-grossing female-led film is ignored as a happy accident.

What it looks like to me is that Marvel is waiting to see how Wonder Woman does first. BvS might have been horrible, but Gal Gadot’s few minutes on screen really did the character justice. If Wonder Woman can strike gold with a lesser known actress for a troubled DC Cinematic Universe, then things will look brighter for Black Widow. Then on to Ant-Man and Wasp in 2018, to see how fans react to a female character in the title of the film. Finally, if Captain Marvel does well in 2019, I think Black Widow will be greenlit.

I don’t doubt Feige’s sincerity in wanting to do a Black Widow solo film. He has helped mold the character into a rock for the Avengers to lean on. To take her to the next level would be a dream. However, Marvel is traditionally stingy with pay and Scarlett Johannsson has proved her box office worth time and again. She can ask for a larger sum and it is totally justified. With Captain Marvel, they can pick a lesser-known actress and pay her less money for the honor career boost of being in a Marvel film.

The Marvel Cinematic Universe has given us a lot – most of it we didn’t even know we wanted until we had it! (Guardians of the Galaxy, am I right?) Still, fans have been asking from the second movie in for a Black Widow film. We have stuck with you this far Marvel, don’t let us down.