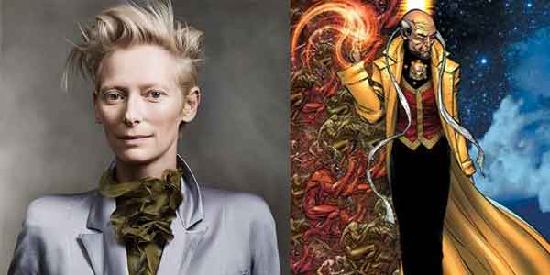 This past weekend Captain America: Civil War raked in an impressive two hundred million dollars. That feat was made more impressive by the fact that the movie had not come out in the United States yet or even China, the second largest market for Hollywood movies. The past week has also seen a resurgence in public outcry against Tilda Swinton’s casting as The Ancient One in Doctor Strange which had at least one person attached to the film citing casting as something that would impact the film’s performance in foreign markets.

China’s dominance in the Hollywood market is a fairly new occurrence. It was only a few years ago when China surpassed Japan to become the second largest market for these movies, with eyes on becoming the largest. We’ve seen some of the effects of this development already at Marvel with the handling of Iron Man 3. So what does this mean for other movies and specifically comic book blockbusters?

Going back to Doctor Strange, screenwriter C. Robert Gargill specifically stated that the Ancient One could not be played as a Tibetan (as the character is in the comics) out of fear how the Chinese could react and adversely affect box office revenue. Now he has since come out and said that his statement was not appropriate, that he did not work on the original draft and he was brought in later, and apologized for making the remarks.

That said, he may have been speaking some truth. If studios are going to be targeting overseas markets they should be empathetic to them. The idea of being more empathetic in amongst itself is not a bad one, even if the end goal is to get you to spend money, but when it comes to Tibet, it’s hard to argue that empathy is at the heart of the matter.

But does that explain why The Ancient One was cast white?

Yes and no. The explanation given explains that they didn’t cast someone Tibetan for sure. Casting someone else of another Asian background would have also fed into stereotypes and the notion that these actors and actresses can be swapped and mixed despite the fact that those in the Philippines have a very different life and customs than those in China and so forth, which is not very good to do either.

I feel that Marvel Studios casting Tilda Swinton was at least an attempt to do the right thing. Women are so rarely, if ever, cast as being the old martial or magical master that teaches a man. That a woman has been cast in this role should be a good thing. Perhaps if the character in question was not from Tibet, this wouldn’t be as much of a hot button issue for people. And it’s understandable that it is. We are talking about genocide.

Honestly, as screenwriter C. Robert Gargill states, every decisions regarding The Ancient One is a bad one.

How did we end up with all these characters that seem problematic today? Between Doctor Strange and Iron Fist as of late, this would seem to be a Marvel problem, however this is not exclusively a Marvel Studios problem, or even just a mainstream comics problem (remember the bomb that was 2013’s The Lone Ranger?). These recent film adaptations of properties decades old, older than the target demographics, is revealing a lot about ourselves and our past.

Subject matters, characters, and ideas that we may find difficult to defend or even straight up repulsive now were not necessarily the case in the 60s, let alone the 30s and further back. The internet has made our world smaller. It’s making us aware of the sort of plights that we otherwise would not have been just a couple of decades ago. As a result, studios need to work on updating many of these properties that they would like to use as they have the benefit of name recognition to get butts in the seats, but these efforts have proved to involve a steep learning curve that can risk financial losses.

Marvel Studios, to their credit, has Black Panther and Captain Marvel slated for release before the end of the decade, and have been working on diversifying the characters they use. DC will be releasing a Wonder Woman and a Cyborg movie as well. That’s not to say that these movies may not also have their own hiccups and shortcomings, but it’s an acknowledgement that audiences are changing. Not just that audiences are changing here in the United States, but now that foreign markets are growing in importance to Hollywood, audiences around the world get a seat at the table, and Hollywood increasingly needs movies the rest of the world can enjoy as well. And so far, Marvel seems like they figured that out yet again with Captain America: Civil War.