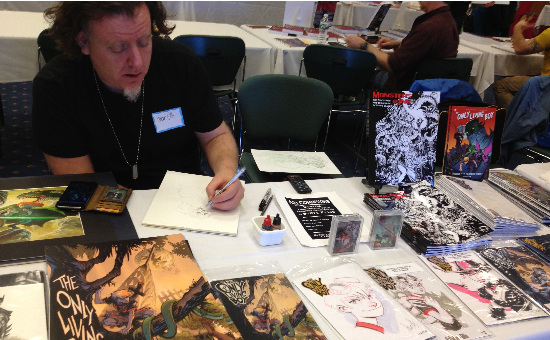 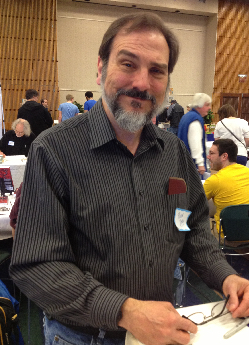 As a young comic fan growing up in New York State’s Finger Lakes Region, the tall tales and whispered rumors about the fabled NYC comic conventions were fascinating. They were a siren call. But the big city was so far away that I didn’t imagine, at that time, I’d ever make the trip to the Big Apple for a comic convention. Of course, my eight-year-old self would have been awestruck when years later, as a marketing professional, I’d work in NYC and would even help Reed Elsevier build the New York Comic Con.

Biking to Fay’s Supermarket one day, I noticed a flyer on the community bulletin board for something called the “Ithaca Comic Con.” Unlike New York City, this was only about 45 minutes away from my hometown. I urged my parents to make the trip. Maybe it was more nagging than urging, but it made perfect sense to this young fanboy. My dad could visit Cornell University, his alma mater, and my Mom could indulge in a little shopping on the Ithaca Commons. We’d all have a great day!

They agreed, and so began my life-long love of comic conventions.

At that time, hunting down elusive back issues was a perfect way for this newly christened rabid fan to spend a Saturday. I was just beginning to appreciate and understand the styles of comic creators, so it was a perfect time to meet the professionals attending Ithacon. 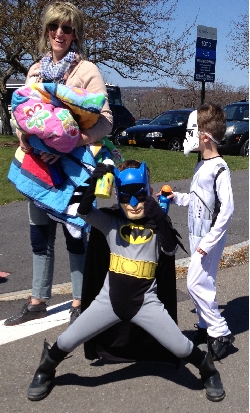 Over the years, I continued to enjoy Ithacon in so many ways. In college I was in the Ithaca Comic Book Club so it was natural I lend a hand to help run the show. I even brought my girlfriend and she liked it. Later in life, I was invited as a professional guest.

Earlier this year, I had the opportunity to once again attend the convention as I was at the Cornell Entrepreneurial Conference in Ithaca in mid-April, and the timing couldn’t have been better.

Ithacon celebrated its 41st continuous year. In fact, I believe the Ithacon is second longest running comic convention in the nation. And it’s still run by fans for fans.

Longtime club members Bill Turner and Carmela Merlo continue to lead the charge, aided and abetted by local talent like Roger Stern and Steve Ellis, and Tim Gray from Comics for Collectors, the Ithaca comic shop. 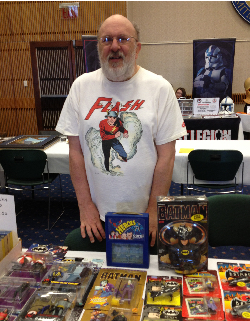 Recently, the convention moved from downtown Ithaca to a gorgeous space at Ithaca College.
The crowd on Saturday was upbeat, engaged and happy to be there. Unlike the bigger shows, this convention was not crowded and easy to navigate. It was as if Frank Capra directed a “It’s A Wonderful Life” small-town version of San Diego Comic-Con. Folks were unhurried, relaxed and elated to be hip-deep in Geek Culture.

Some of this year’s highlights included:

Another example of the pervasiveness of Geek Culture : a fresh new convention, even though its been around longer than any other convention, except one.