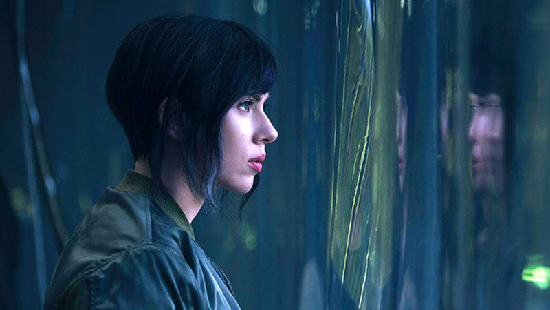 This was supposed to be a lighter column for me. I had seen Iggy Pop play over at The Capital Theatre in Port Chester last Thursday. I was going to write about how it was an absolutely incredible show, talk a bit about Iggy Pop’s career and how he was a major influence on the comic book series The Crow. Then I read this. And this. I saw friends of my get incredibly upset over this. Hell, I’m upset too. So without putting up much of a fight with myself, I decided this week I’d tackle the growing embarrassment that is the Ghost In The Shell live action adaptation.

Ghost In The Shell was one of the first anime movies I had watched. When I was a kid, I grew up on Voltron, Sailor Moon, Dragon Ball Z, and many others. The Sci-Fi channel (before it was the SyFy channel) used to do Saturday Anime in the mid to late 90s. That exposed me to a lot of different anime movies. They had commercials for the anime movie adaptation of Ghost In The Shell and I eventually got the DVD. It was fantastic. Visually stunning and engaging in a similar way to me as Akira or Serial Experiment Lain.

Dreamworks Pictures is currently deep into the production of the Ghost In The Shell live action movie, slated for release on March 31, 2017. It’s been reported that this has been a long anticipated project. Personally, I’m fine with my anime movie staying an anime movie without a live action adaptation. We all saw how movies like Speed Racer and Dragon Ball: Evolution turned out. Ghost In The Shell may prove to be worse than those.

Let’s get into some details that we know about the movie so far. It’s being directed by Rupert Sanders. It’s written by Jonathan Herman and Jamie Moss. It’s starring Scarlett Johansson, Pilou Asbaek, Michael Pitt, Takeshi Kitano, and Juliette Binoche. Notice something a bit off about all this? If the answer is “no” congratulations! You’re part of the problem. If your answer is “I thought this was a Japanese property. Isn’t nearly every single person listed here white?” then we’re on the same page. 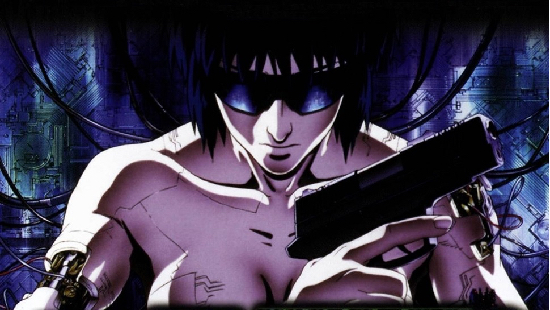 In addition to all of that, Dreamworks Pictures admitted to using VFX technology to attempt to “shift the ethnicities” of white actors in the film with CGI to make them appear more Asian in post-production. While plans to go through with this have been scrapped, I do want to make something clear for everyone. At least one person working high enough on this movie identified that barely any Asian actors on screen was a problem.

That person managed to convey that was a problem. Either that person or another person high enough in the production proposed that they could try to use a modern version of yellow face that they don’t have to call yellow face because it’s done by computers now and we all know that yellow face is bad, but the intentions behind yellow face apparently aren’t to those working on Ghost In The Shell. Person with this idea to use modern yellow face was able to get enough traction from the production for them to actually try it. The fact that we are even so inclined as to say that at least they didn’t go through with it in the end shows just how low the bar is for institutional racism in Hollywood.

Now the fault here certainly lays heavily on the production team, but how much of it is on the actors themselves? Scarlett Johansson is certainly a talented actress that’s a proven cash grab at the box office. So few women in Hollywood have been elevated to this level. Shouldn’t we celebrate Scarlett Johansson being elevated like this and ignore the fact that the character she is playing is supposed to be Asian?

Nearly every single woman that has been elevated to a similar position to Scarlett Johansson in Hollywood has been cis straight and white. The reason is because they’re the ones given a disproportionate about of the opportunities. Scarlett Johansson is not desperate to break into the industry. She’s a leader there. Someone that’s admired by many. She is successful enough to turn down a role like this. She should have turned it down. I’m sure she’s turned down plenty of roles in her career to play characters that she actually fits the description of. Why did she have to take this one? Or Pilou Asbaek? Or Michael Pitt? Or Juliette Binoche?

It’s because of casting decisions like this that predominantly straight cis white men and women dominate the box office. Arguments are made about needing big names to get butts in the seats. However, there are plenty of examples that counter that point. One prominent example related to comics is Superman: The Movie. Other than a couple of names who all had smaller roles, the movie was led primarily by unknowns. Also movies like, you know, Star Wars. And if Johnny Depp has taught us anything lately, it’s you can still be a Hollywood giant and star in box office disaster after box office disaster and still get picked over someone whose background and ethnicity better fits the role he’s playing. He is 1/16th Native American though, so that must count for something to someone apparently.

So how does this happen? The short and obvious answer is because not enough people see this as a problem. And it is a problem. It’s a hard problem to combat, and even gigantic box office bombs like 2013’s The Lone Ranger can’t seem to discourage Hollywood. It would require a sea-change. One of which would be going against one of the current cash cows they’ve been milking, comic book movies which technically Ghost In The Shell as a manga falls into. Movies that are primarily dominated by straight cis white men. It’s okay though, Black Panther is finally getting his own movie over at Marvel only about 54 years after the civil rights act, and Captain Marvel only 99 years after the 19th amendment.