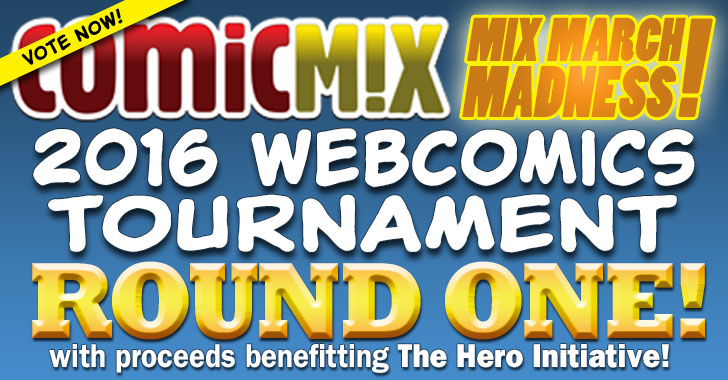 The people have spoken, and the brackets are ready for the Mix March Madness 2016 Webcomics Tournament!

First, some housekeeping details: There have been a few last minute disqualifications and a few retirements. As such, the numbers look a bit different than the voting rounds might suggest.

Second, we’ve had $25 in bought votes… so far. Again, all money goes to the Hero Initiative.

Finally, here are the brackets. As usual, we’re dividing the candidates into four divisions. This year’s divisions are Anderson, Obadiah, Ryan, and Trimpe. As we didn’t have a clean break, the top six seeds have a Bye round.