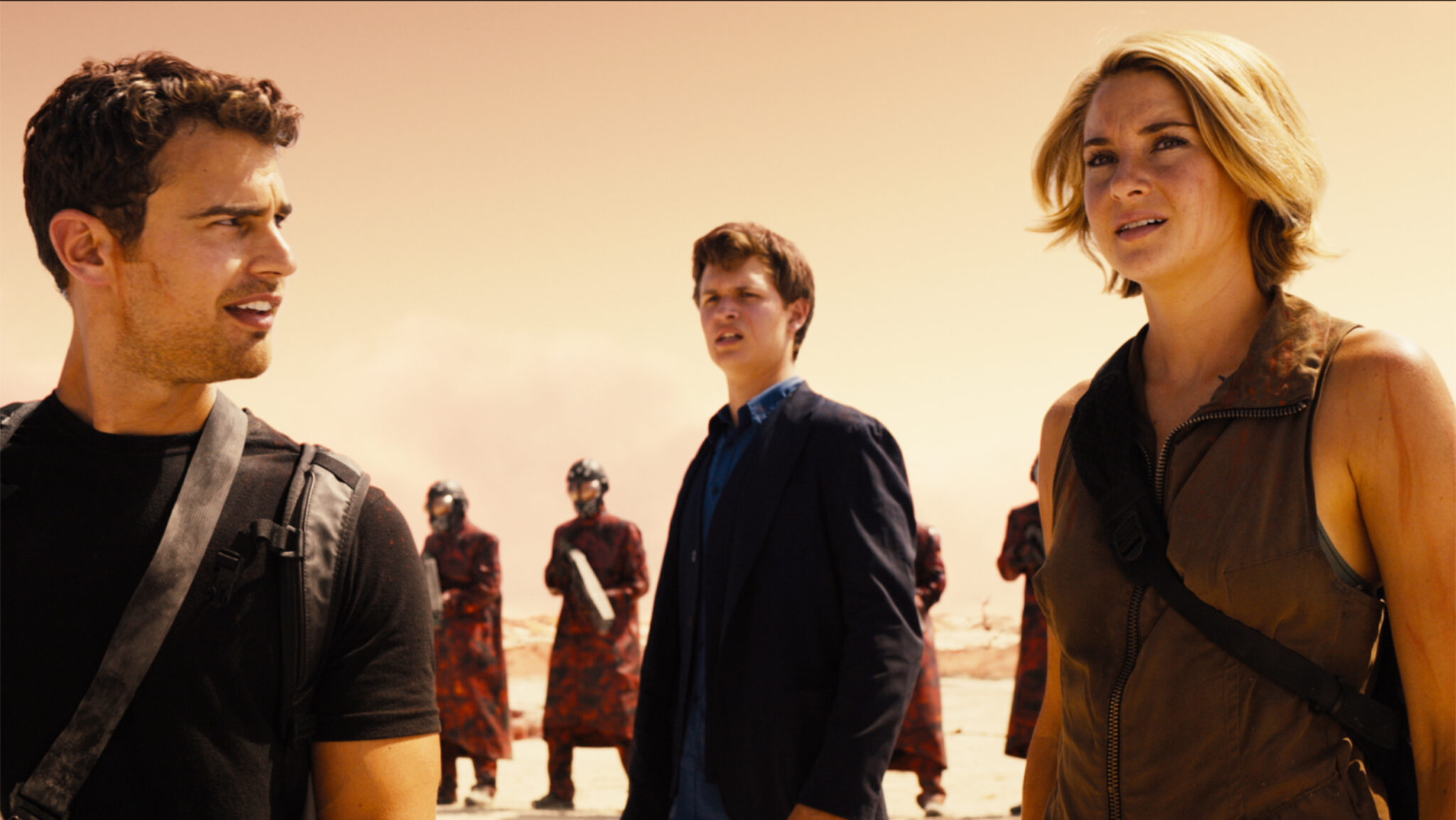 In my review of the last entry in the Divergent series, Insurgent, I praised the franchise for its restraint in not breaking up the last part of their series into two movies and it seems I have to apologize for giving out bad information. They are breaking up their last book, they just had the sense to give the parts different names to throw people like me off the scent. Allegiant is half a book and is perhaps an even smaller fraction of a real movie. It’s airy and insubstantial and at its best moments it’s a pale imitation of more successful movies in this and other franchises. Hopefully the plummeting box office numbers are enough to dissuade other book adaptation series from making the same mistake.

Allegiant picks up right where Insurgent left off, sort of. Insurgent ends with a recorded message urging the citizens of Chicago to go out and join the rest of the world; Allegiant begins with armed soldiers telling those same citizens not to go out. It’s a pattern the movie holds the whole time, we know there’s something interesting on the verge of happening but they are going to make us wait as long as possible for it to actually happen. Tris spends most of the film in the thrall of David, the charismatic leader of the mysterious cabal of scientists/super soldiers that run the whole Chicago experiment, and Four doesn’t trust him. This dynamic is told to us over and over again throughout the second act of he film. It seems every scene is bookended by Four telling Tris he doesn’t trust David and Tris telling Four that he doesn’t understand the great work he’s doing. Meanwhile, the efforts David goes to make Tris susceptible to his agenda is the kind of buttering up that would seem trite in a Saturday morning cartoon.

Tris is way less of a factor in this installment and it hurts the narrative. She spends two-thirds of the movie in the thrall of David and then rushes to join the plot at the end. She isn’t helpless, she kicks more than her fair share of ass, but she isn’t moving anything forward by herself, she just does what she’s told by other people. This is supposed to be a series about Tris and this movie reveals nothing about her character except that she learned nothing about trusting suspicious adults after being fooled time and again in the first two installments.

Setting aside Tris, the other characters also appear to be in a holding pattern. Four is brooding and distrustful of authority. Peter, who appeared to betray Tris and Four in the last film only for it to be an elaborate ruse, actually betrays them this time and it’s only surprising in how sublimely lazy it is to repeat the same arc with a slightly different payoff. Christina doesn’t so much repeat her arc from the last movie as she does act like none of the events ever happened, or she really got over the death of her boyfriend in the 15 minutes between the two movies. These are supporting characters, they don’t need complete arcs in every movie or anything like that, but if they aren’t going to do new or interesting things why are we even bothering to have them on screen?

Allegiant seems to be on the verge of flopping and I hope it’s being seen as an indictment of this book-splitting nonsense. Allegiant barely did half the business Insurgent did in the first weekend and, anecdotally, at my local theater it was given one of their marquee theaters and when I saw it this weekend there were only three or four other groups for a weekend show in Hollywood. The last two installments of The Hunger Games were the weakest performing entries in that franchise. These books aren’t Harry Potter and the Deathly Hallows, and they shouldn’t pretend they are for a shot at double the movie tickets. Barring some insanely intricate storytelling coming up in Ascendant, the series’ finale, there’s no way they couldn’t have cut out some of the slow-paced dredge in this movie and made it one cohesive movie.