The Shannara Chronicles Season One Comes to DVD on June 7 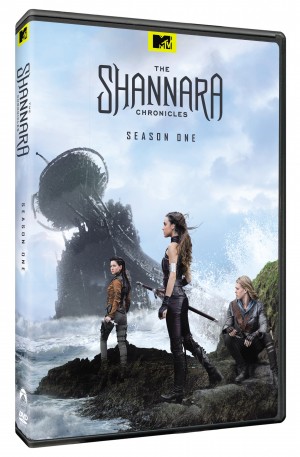 NEW YORK – Called “the best looking fantasy series on TV” (IGN) and “damn fine television” (Collider), MTV’s hit show The Shannara Chronicles Season One arrives on DVD June 7, 2016.  Executive produced and written for television by Alfred Gough & Miles Millar (Smallville) and executive produced by Jon Favreau (Iron Man), the lavish fantasy series is based on the 26-volume book series by Terry Brooks.  The Shannara Chronicles premiere on MTV was viewed 14.6 million times across linear and digital platforms and delivered the best single-week performance on iTunes ever for an MTV series.

Arriving just in time for Father’s Day and graduation gift-giving, the four-disc DVD set includes all 10 episodes from the inaugural season along with more than 30 minutes of behind-the-scenes footage.  The Shannara Chronicles Season One DVD set has a suggested retail price of $29.99 U.S./$32.99 Canada.